THESE ARE THE STORIES I ENJOYED THIS MONTH.

BOOK / The Little Book of Hygge by Meik Wiking

P.S. my favourite stories from September 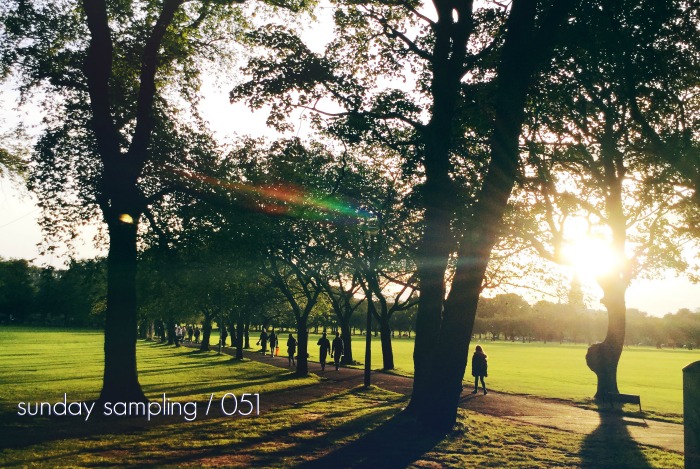 October was about illness and recovery. From a frustrating nose cold to a momentary resurgence of depression, I learned that what my body and mind both need is fuel: good food, good friends and good stories, and good, fresh, mountain air. November is about rebirth: realisations and new starts. One example: waking up to this mention on Yes and Yes:

Xandra writes about sooooo many good things. Really, you’re just going to click the ‘archive’ button a million times. If I had to choose favorite posts I’d point you towards How To Write A ‘At The Very Least’ List and You don’t owe anyone excuses.

? It’s not too late to join Kitty [and me] in the November Adornment Challenge on Instagram! Her prompts are freshening my fall by opening my eyes to adornment!

? The absolutely charming official Stars Hollow directory. Kirk has an advice column on it. Need I say more? (P.S. Have you seen my Gilmore girls trailer reaction/freak out?)

⚡️ 12 ways to feel like a total badass, including but not limited to dressing the part.

? Alexandra’s advice on how to find your groove and conquer the blogging slump (or any slump) is simple, yet honest and effective. So many parts of this article made me go YES I totally get that!

? Lucy is one of those writers who makes me smile while also writing poignantly about serious issues – in this case, females on film. Use her astute arguments the next time someone asks you “Why do you have to make everything a feminist issue?”

? I so needed to read THIS: Ways to Feel My Feelings. I catch myself rushing to fix my feelings before I even feel them. Sarah has some actual advice on this surprisingly challenging practice.

? Plus, this month on Heroine Training: how to socialise as an introvert, how to listen to music in the 21st century, and why you should always try things on (no matter how expensive) 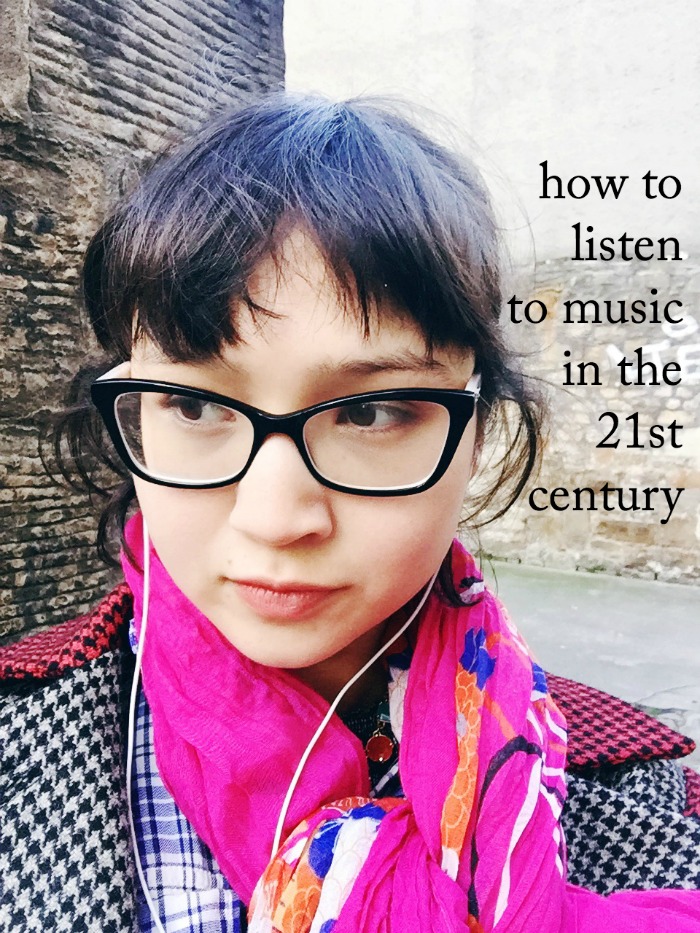 I had a deep and personal relationship with my big yellow Sony boombox.

I’d pick an album from the stack of plastic jewel cases beside it, press play, and we’d be as good to go as Taylor Swift recording a duet with Ed Sheeran.

These days summoning the musical muse is a bit more fiddly.

And that’s just my iTunes library. I remember vividly sitting at my friend Connor’s desk when we were like, ten, and he was showing me this new thing called an MP3 player and I was like, that’s never going to last! CD’s 4ever! Flash forward to 2016 and MP3s are even becoming defunct compared to streaming services like Spotify and Apple Music and plain old YouTube. But what about my curated music collection! 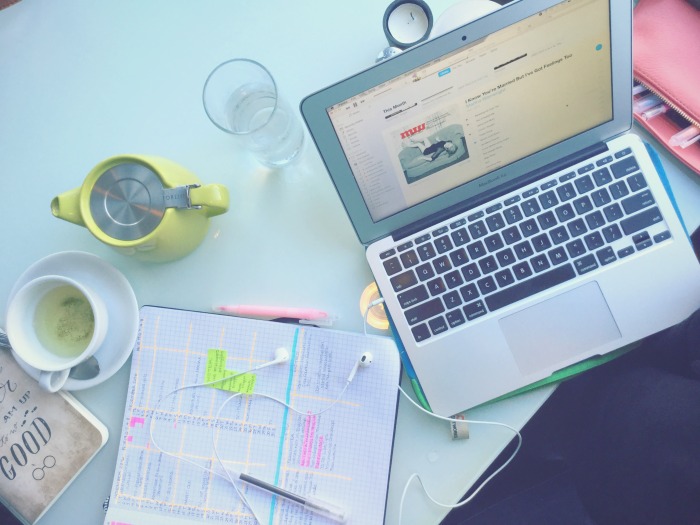 You see, I had a special ritual when I was in high school, living in the suburbs of Boston.

Every Saturday was my escape into the city. I took the commuter rail downtown first thing in the morning, browsed the shelves of the Prudential Center Barnes & Noble as soon as the doors unlocked at 9am*, and grabbed a frappucino at the Northeastern Starbucks to be consumed just in time for my voice lesson. Afterwards I’d head to Chinatown for my tutoring job, taking the scenic route down Newbury Street, where I would scour the used CD rack at Newbury Comics, walking away with a new album for my collection for just $5.

* I even wrote a song about this.

Every morning I would load up that new CD in my yellow boombox.

Its opening tracks became my morning soundtrack. I would get to know my new musical acquaintances, and by the end of the week we would be close friends.

For YEARS I have been searching for a way to recreate this ritual.

A way that doesn’t require purchasing a CD player (or a record player. which I did consider.), because I do love the digital simplicity of having my entire music collection in my pocket. I tried Apple Music, I tried Spotify, but there is something special about purchasing and curating my own personal library. 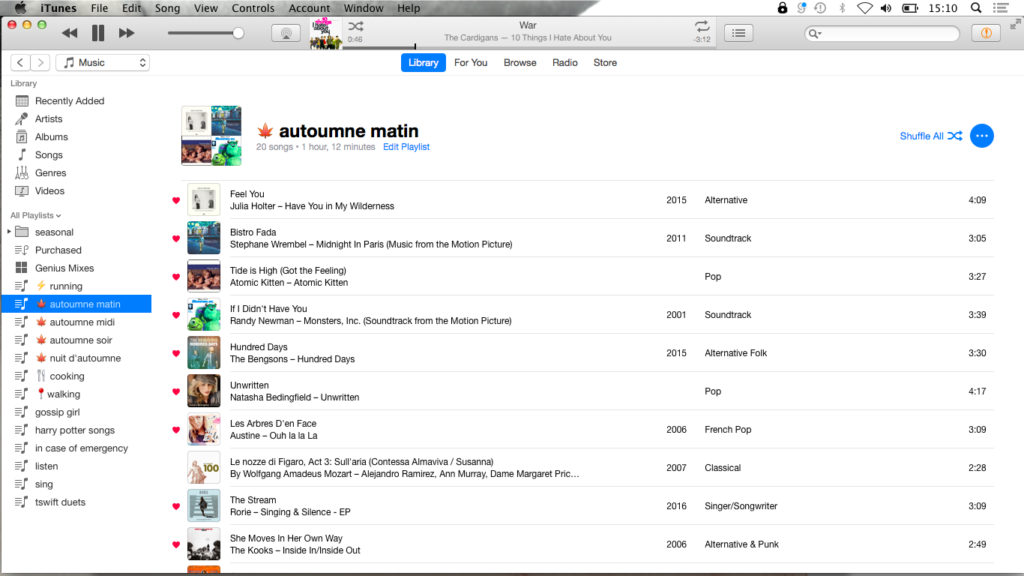 So here’s my new weekly ritual.

I made a series of playlists, based on time of day: matin, midi, soir, nuit [because I’m also learning French]. There are also playlists for walking, running, and cooking. Every weekend I sit down and edit them, deleting anything I’ve played to death [trusting that my love for it will be rekindled another week] and filling the lists up to 20 songs from my collection. I also treat myself to a new tune, which I select from my wish list of songs that have caught my ear in a coffee shop, on a friend’s playlist, or, in most cases, featured in an episode of Gossip Girl.

Then, every month, I treat myself to an entire album. 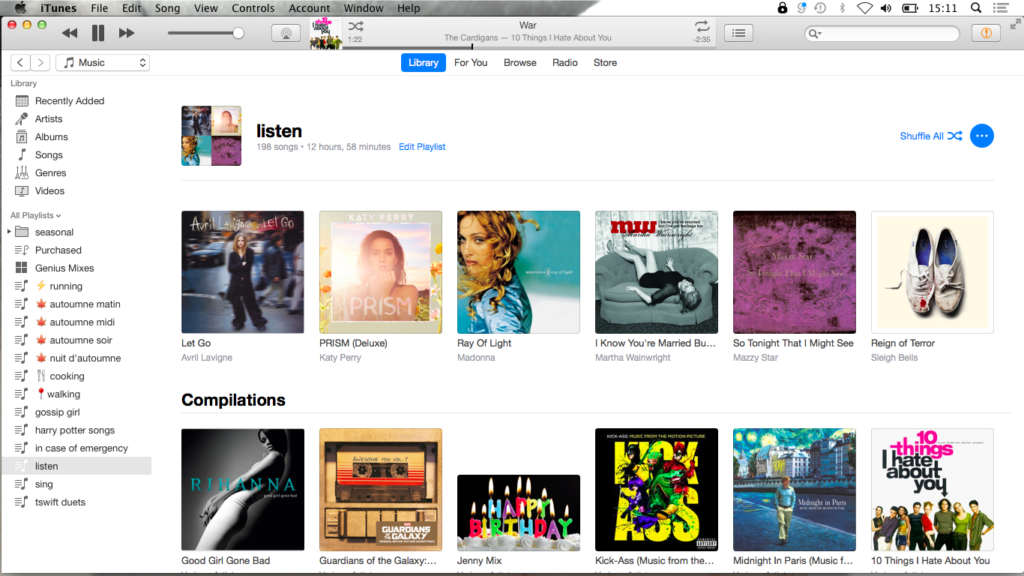 The new album earns a spot in my “listen” playlist, which I treat like the stack of CD’s piled up next to the boombox (rather than being tucked away, alphabatised by genre on the larger shelf). They’re the ones I feel like giving extra attention to, the ones that make me go oh yeah I haven’t listened to that in a while! I limit that playlist to 10 at a time, so I can see them all without having to scroll.

How do you listen to music in the 21st century? And do you have any recommendations for my December album?

P.S. behold another musical tradition from my school days: the month cd