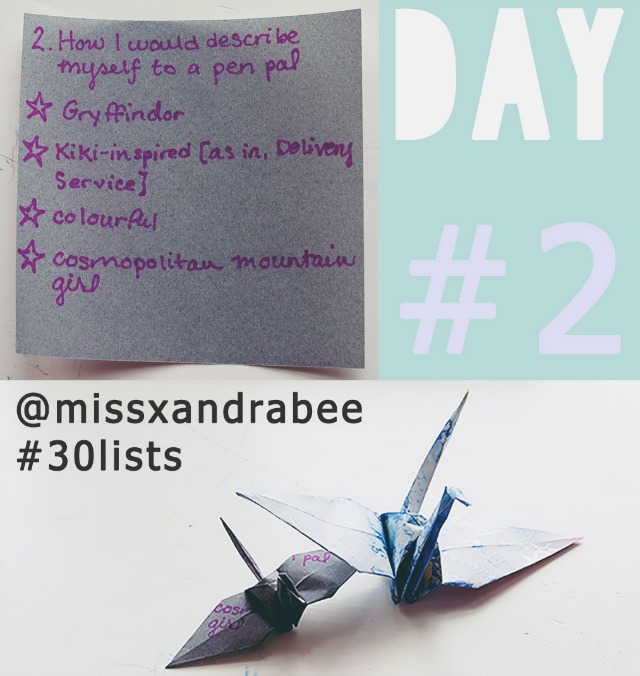 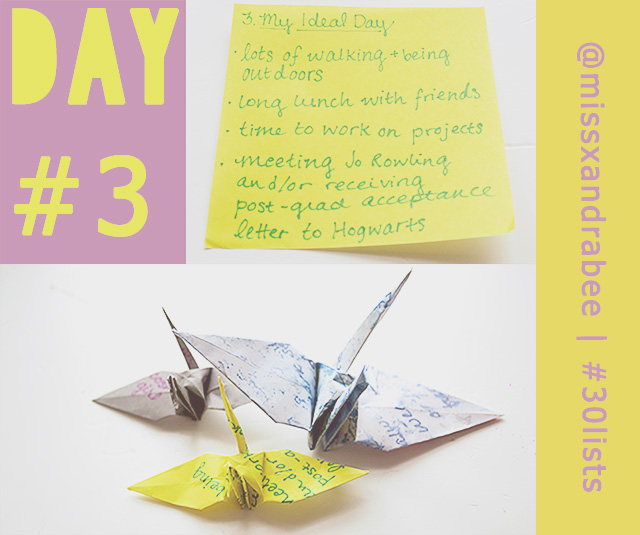 Get a prompt every day for 30 days. Write a list.

Those are the only guidelines.

The listers have been sharing their gorgeous collections of lists from scrapbooks to Photoshop delights to massive banners.

While I was tempted to go on a scrapbook shopping spree, being at home, there is a lot of random craft stuff lying around.

Besides, what would I do with the lists afterwards? I am hesitant to accumulate too many sentimental pieces – they sit on the shelf, but I can’t bring myself to get rid of them.

The first thing I knew was that I wouldn’t buy any supplies for this project.

As I sifted through my storage, I found a lot of origami paper.

Said Clinton Kelly. One of my favorite quotes ever!

I would have never been clever enough to think of origami crane lists. Limiting myself to the tools I already have on hand led me to the idea.

Minimalism for the win.

Wear a tutu. While my beautiful Betsey tutu got plenty of wear in London, back in Boston it tends to live in my closet. No swing dance classes or afternoon tea here.  So I decided to just wear it. No occasion. Just walking around the city for a bit. I felt so much better.

I don’t wear a lot of makeup, but I used to not wear any! Here’s the whole story: