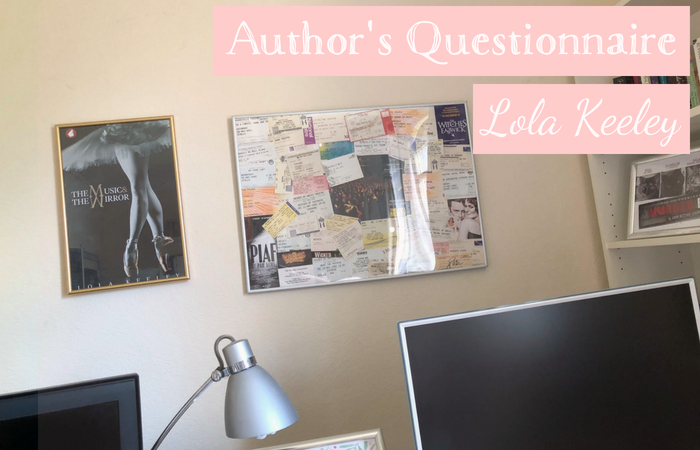 In this series, I feature authors whose works feel particularly Heroine Training-esque, asking questions that I care about as a reader, beyond the back-of-the book blurb.

This week, meet Lola Keeley, author of The Music and the Mirror.

Let’s meet the author first. Who are you and where are you from?

I am Lola, long-time Londoner but now of Edinburgh. The formative years were spent in Motherwell, though.

What is your earliest memory of wanting to be a writer?

I remember in primary school, we were learning to write ‘biographies’ of each other as writing practice. My best friend at the time and I were tasked to write a short series of facts about each other.

Instead, we made up fantastical stories involving the ability to fly, pet unicorns, and being Swiss. The fiction bug had clearly hooked me.

What is your writing routine?

Stare, cry, close laptop? No, I’m very lucky in that I rarely have entirely useless spells. When it’s allocated time I sit down with a cold drink, instrumental music (words distract me too easily) and either Google Docs or Scrivener.

I’m a big fan of timed methods, especially when on deadline. I try to write every day, and have been for the past few months. I’m going to fold some ‘breaks’ into that now that book 2 is off to the editors. 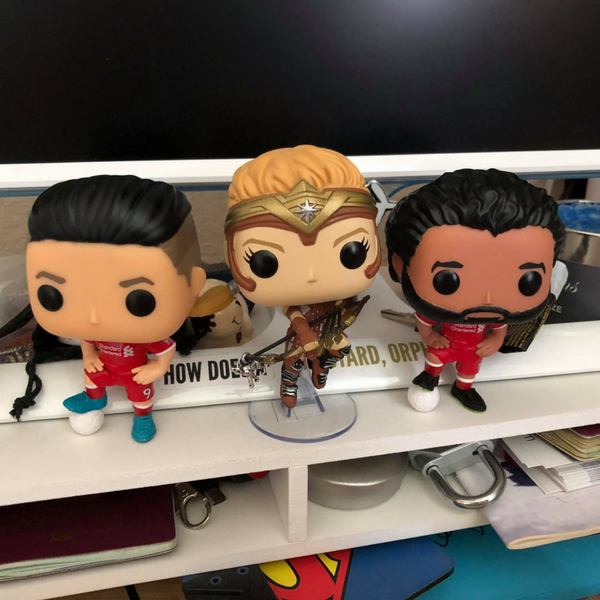 ^ The Funko supervisors on my desk. They are all examples of excellence, and I have to aim for their standards.

Introduce us to your heroines.

Our initial heroine is Anna, who just achieved a major dream by getting into an elite ballet company in the first place. She’s a good person, fundamentally, who wants success but not at the expense of others, if she can help it. Orphaned in her teens, she has a sort of found family who’ve loved and supported her in getting to this point. Her love of ballet comes from her mother, who has Ukrainian/Russian roots.

Then there’s Victoria, who in other stories might well have turned out a villain. She’s difficult, and brilliant, and carrying a tremendous amount of pain (both physical and emotional). Being injured cost her the last years of her dancing career, and Victoria has been creatively adrift for most of that time. Meeting Anna sparks her competitive and creative spirit again, and bringing the best out of Anna maybe brings the best out of Victoria, too. That doesn’t necessarily make her any easier, but it does end up making them both happier.

What would their Hogwarts houses be?

Anna is a Gryffindor, though frequently mistaken for a Hufflepuff. She absolutely has that headfirst into the deep end quality, and is fiercely loyal to her chosen people. Sometimes just a little naive about other people and their intentions, but made of some pretty stern stuff when it comes down to it. Willing to put the work in when it counts.

Victoria is a Slytherin. Ambitious and self-sufficient, and she can seem a little closed off in her elite world, but there’s much more to her than that. There’s a certain regal quality, but she’s also compassionate and protective of her clan. Her mean girl level is not an act, but she doesn’t always mean it.

How are they heroines in training?

Anna is learning to be her best self, to find out what she’s truly capable of when plucked from the corps de ballet and pushed into the spotlight. She’s terrified, but she’s thriving as well. Learning to trust her own ability and the quality of her coaching.

Victoria is an ice queen thawing. She’s been happy to play the part of villain but her heart isn’t in it, and most of that comes from suffering. Now that she has something to be enthused and happy about, she can find her place in creating a new magnificent career to share with the world. She might not be able to dance anymore, but she can be a heroine who nurtures the talent of others and overcomes her own demons.

How are you a heroine in training?

I am learning to accept praise, and to promote my achievements. It’s a very tricky thing, something that still scares me every time I do it, but each time with a push and crossing my fingers, it gets just a little easier.

I’ve also written a book about women who love women, something I thought years ago meant no chance of getting published or making any money at all. I’m so pleased that I got to do it, relatively speaking, my way! Now I have to take that foundation and tell all the stories that I wasn’t sure I could put out there. Time to be brave!

In your spare time, how do you choose what to read next?

There’s a perpetual stack on the end of my desk, of good reads that the wife has left for me. I have an unofficial book group with some friends scattered across timezones, and there’s sort of an unwritten code for things we rec to each other, in varying degrees of urgency. Because our tastes overlap so well, one message from that group saying READ THIS will jump it to the front of my queue, usually.

Outside of that, it’s usually a guilt trip through my Kindle library, picking up whoever has been neglected for longest. That said, I’m learning to love the idea of each book at the right time, so it’s not something to feel bad about if a book has to wait a while to be in the mood for. 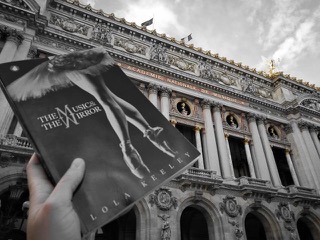 ^ My friend Gane sent me this pic of her copy outside L’Opéra Palais Garnier, which is where the ending of the book is set. Pretty cool, huh?

What is the best time, place, and occasion for a reader to pick up your novel to read?

I think it’s a terribly portable book. Maybe because it was written in all kinds of locations, from theatre cafes, to trains, to sitting in the garden. It doesn’t need a particularly still environment, because it’s all so rooted in the movement and physicality of the ballet.

A lot of reader feedback has told me they’ve taken it to bed to start and stayed up way later than they intended to, once they get hooked, so that’s maybe something to consider! I don’t mind if it takes someone a while to read, leaving the book in their bag and pulling it out in random places to read just a little bit more. I think by doing that they find the best spot to read it in, whatever that looks like for that particular reader.

You can find Lola’s novel, The Music and the Mirror, on Amazon, or at your local bookshop.

P.S. How to Reclaim Your Reading Mojo

With Kayla Kurin I’m a bit of a quiz-taking obsessive. I will begrudgingly take every Buzzfeed quiz about Pixar, Marvel, and Gilmore girls, then debate with the screen over my results. I do believe this is relevant to one’s heroine training. Seeing myself in different characters helps me to understand different aspects of my personality. […]

Your Wizard Activist Archetype: Which Harry Potter Activist are you?

Disney Tsum Tsums are of course, adorable. In addition, they can be useful! I may be a minimalist, but I do like to surround myself with things that make me smile. It’s even better if those things serve a functional use. Marie Kondo suggests putting fun keyrings on clothing hooks so that they are visible every […]