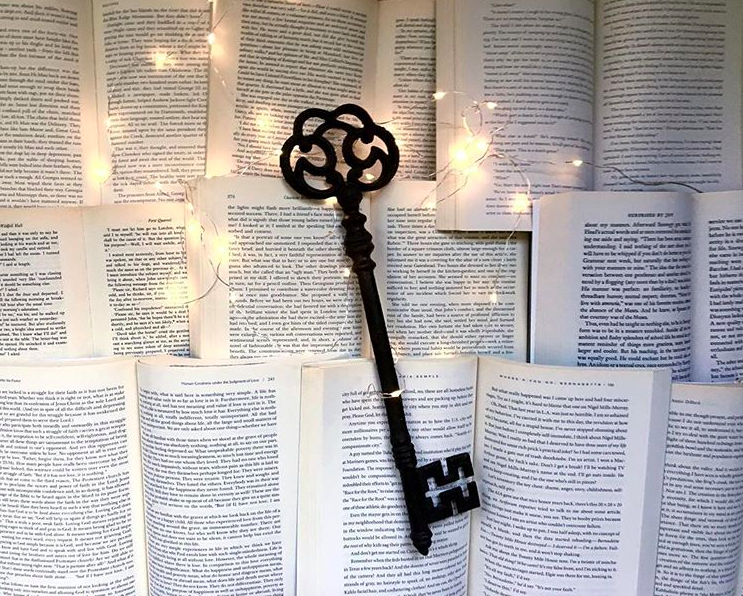 Hello heroines! It’s been a quiet week, but sometimes that’s just how I like it: sinking back into my tried-and-true routines, reading 25 pages each morning and evening (at least!), perfecting my chocolate chip cookie recipe in our new-ish oven, and getting excited about next week’s Tea Party!

This sampling is brought to you by the Heroine Training in-house musician, Rorie [I wish!]. Her ethereal, storybook music is so fit for a heroine, and I’m obsessed with her new song, “Dawn”. You can follow her music on Spotify and find images that do her wondrous music justice on her Instagram @roriemusic.

? Some creative alternatives to finding a mentor, such as a Personal Board of Directors, or a friend who serves as an agent.

? a 10 year reflective on Gossip Girl, the culture on set, and a shift in celebrity mindset in a post-Instagram world.

? My new favourite cosplayers: @CosplayParents! I can’t decide whether I love their Wonder Woman or Frozen cosplays more!

? Fashion is having a Jane Austen moment (and I love it!)

✈️ How to be a socially conscious traveller: some interesting factors to consider when you’re choosing your destination and what you do there.

⚡️ Take a moment to consider: What would Hogwarts be like without Hermione?

? This high school has an unusual and creative tradition for seniors: they take their class ID photos in costume – and some are pretty clever!

? Plus, on Heroine Training: the most common to-do list mistake (and how to avoid it) and a heroine’s guide to Plymouth, Massachusetts

P.S. Interested in sponsoring a Sunday Sampling? Read about it here. 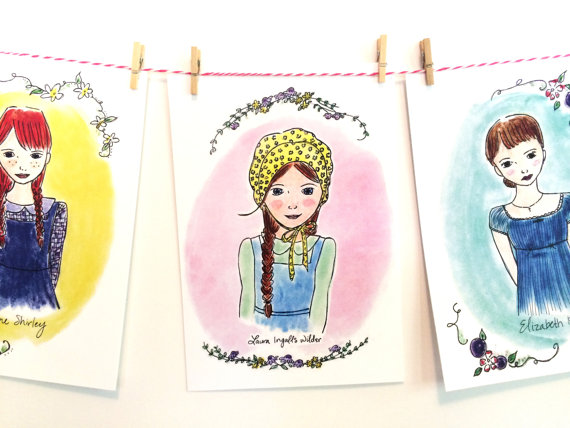 Reader, I caved. I lit my Pumpkin Soufflé candle. I ordered a Venti Pumpkin Spice Latte. I want to honour the seasons, but can we all agree that 1 September is the new Autumn? Especially with the whole going-back-to-Hogwarts ritual, I think this is acceptable.

This sampling is brought to you by Carrot Top Paper Shop, an absolute must for a heroine curating her home gallery. Jenny illustrates portraits of literary heroines, which can be enjoyed as prints, in a literary heroine banner [see above!], or on literary bookmarks, as included in the Heroine Training Tea Party favour bags!

? Sometimes you have to decide to stay on board.

? On the importance of Taylor Swift’s lawsuit: “Andrea Swift put her finger on an important truth. We raise girls to be pretty, pliant and polite. We raise boys to be loud, demanding and confident.”

? Taking just a minute to arrange your food beautifully does makes it taste better!

? These 10 life lessons from a Southern Belle Pageant Queen are packed with real world wisdom.

? Fascinating: these women entrepreneurs created a fake male co-founder. Guess who was treated most professionally in their correspondences?

? Plus on Heroine Training: How to keep in touch with long distance friends, and my new (free!) ebook, A Spell for Feeling Well 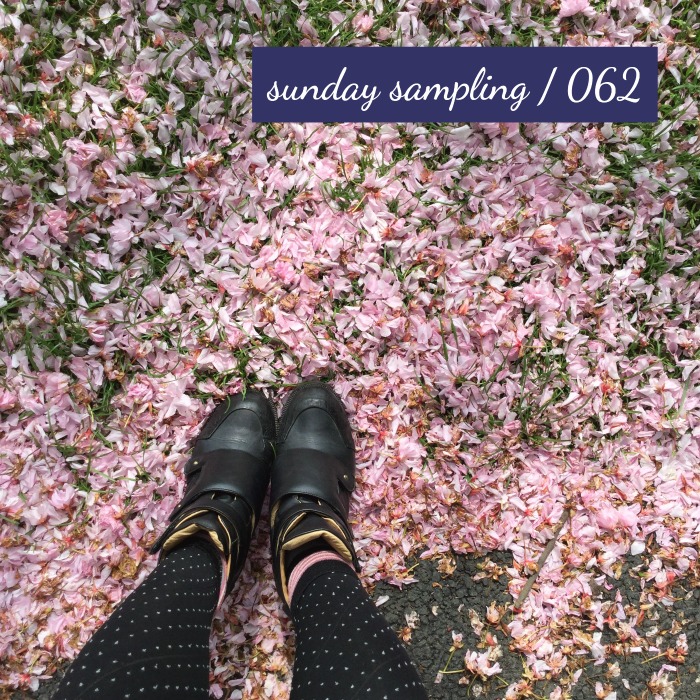 What have I been up to? It seems that summer in Edinburgh doesn’t begin until the Festival season in August. Posters have been appearing around the city this week, and I am bracing myself for full-on theatregoing.

In the midst of all of this, I have an announcement! I’m one of the authors of No Filter, an essay collection about what it means to be a millennial today. My essay is called “Millennial, You’re a Wizard: Hopefulness and the Harry Potter Generation”.

The book is being crowdfunded and published by Unbound, as soon as funds are raised!

One of the ways you can support the project AND guarantee a spot on this autumn’s Lumos Your Life course is to pledge. There are just two Lumos Your Life spaces available, at a $100 discount, plus you get a copy of the book when it comes out. Pretty good, right?

?  I’ll admit: when my favourite bookshop, Golden Hare Books, announced their upcoming podcast, I was like, oh no, not another podcast for my feed. But Bibliophile is that good, heroines. After each episode I can’t reach for my pleasure reading fast enough.

?  How are you spending your life-minutes?

? I’ve watched this like 5 times already and it always fills me with delight. [and peggy!]

? I am all for combining your seemingly disparate passions on your blog [I mean look at my blog.]. Sarah breaks down the practicalities of blogging about two different things.

? 9 books to read to fill the Pretty Little Liars-shaped hole in your heart, aka 9 books I absolutely need right now.

?  Decide to bring in more money, and more interesting advice from doing a spending diet and earning spree!

❤️  I am totally guilty of fixating too much on my narrative [I mean look at my blog], and not noticing pure experience.

?  And on Heroine Training, choose where you wish to explore: the Edinburgh Fringe Festival or Barcelona, Spain. 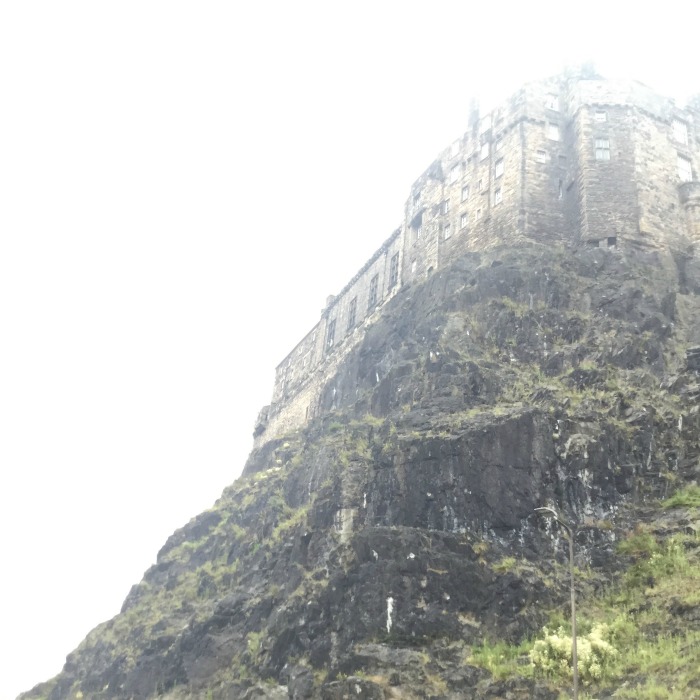 As an Edinburgh resident, I’ve had the pleasure of attending the world’s largest performing arts festival for three straight Augusts.

With over 2,000 shows to choose from, even a day trip to the festival is full-on. This year I’m limiting myself to two shows per day; pacing is important.

One of the best things about the festival is that you can sample the entire spectrum of what performing arts has to offer.

Through seeing lots of shows here, I’ve been able to identify what kind of theatre I like most: inventive and multi-genre storytelling, insightful and clever comedy, performers who radiate passion, and theatre that gives you food (as in literal, edible food. Not just food for thought.).

What to see at the 2017 Edinburgh Fringe Festival:

in order of start time; updated live throughout August

The first year I saw Austentatious at the Fringe, I ended up going three times, which is huge for my carefully curated Fringe calendar. This group performs an improvised Jane Austen novel, inspired by an audience-generated title drawn out of a top hat. I’m picky about my Austen, and they live up to her wit.

The last show I saw last year was Tago, a Korean drumming performance. It is loud, energetic, and powerful, and the performers are so joyous and present. An even better finale to the festival than fireworks.

A thoughtful yet not-too-serious voice on mental illness and wellness, Dave Chawner gives me hope with the way that his shows raise awareness for the topic. This year his free show is about vegan.

Will Pickvance at the piano is magic – not only because of his incredible ability, but for the passion and attentiveness that he has for his art, and how he monologues about his life as an artist while he plays. Like a cup of tea, but a show. An enlightening and relaxing hour.

The Shape of the Pain

Incredible, beautiful. I have never felt a play so physically, and this is precisely the point: to describe the indescribable, to illustrate the ‘shape of the pain’.

Colin Cloud is a master showman who plays death, much to the audience’s horror and delight. His show leaves me speechless. Or more precisely, his show leaves me going “whaaaaat? how did he do that?”
Last year’s show revealed more explanation of his methods, which made me even more in awe of his ability to carry them out. This year is more of a mystery – an impressive, manipulative mystery, that even manages to slip in some powerful inspiration on living life on your own terms.

The ultimate party against the patriarchy. If your flavour of rebellion (like mine) is less ‘shouty musical protest’ and more ‘sit quietly and read and write in the corner’, then just know what you’re getting you’re self into. It is fierce in every sense of the word: empowering talent and biting aggression, and you’re encouraged to cheer nonstop. Sound like your idea of fun? Then party on!

Chris Turner: What a Time to Be Alive

The quippiest way to get you to see Chris Turner is to rave about his signature improvised raps, but I return to his shows every year for the life insights woven into nerdy comedy. Plus this year he’s doing a show about cats.

I have yet to see this year’s show on Dolly Parton, but Sh!t Theatre’s clever, comedic, and poignant 2016 piece on London’s housing crisis has stuck with me all year. While I left their two-woman show laughing and feeling entertained (they have great props, and there were some musical theatre bits), the facts surrounding important issues really sunk in.

When in doubt, consult Summerhall‘s progamme. – their curated events calendar often includes the most thoughtful pieces, and narrow your shortlist from ‘super overwhelming’ to ‘almost manageable’.

Lyn Gardner, my favourite theatre critic has led me to many a good play. Consult her Fringe preview for suggestions, or look up reviews for your favourite play and see which critics are on the same page as you with their opinions.

Ed Fringe Review – the student-run publication that brought me to my first Fringe as a writer (so am I biased? Maybe. But I still think they’re great) – catch some of the smaller, ‘fringier’ events that might not get covered by bigger names in press. They send two reviewers to each show, so you can get multiple opinions at once. Great for spotting hidden gems.

P.S. I’ll be posting my favourites during the festival on Twitter. If you’re looking for something to see, get in touch! I love helping people pick out shows.

This guide is filed under RAVENCLAW for featuring thoughtful shows that will expand your mind. 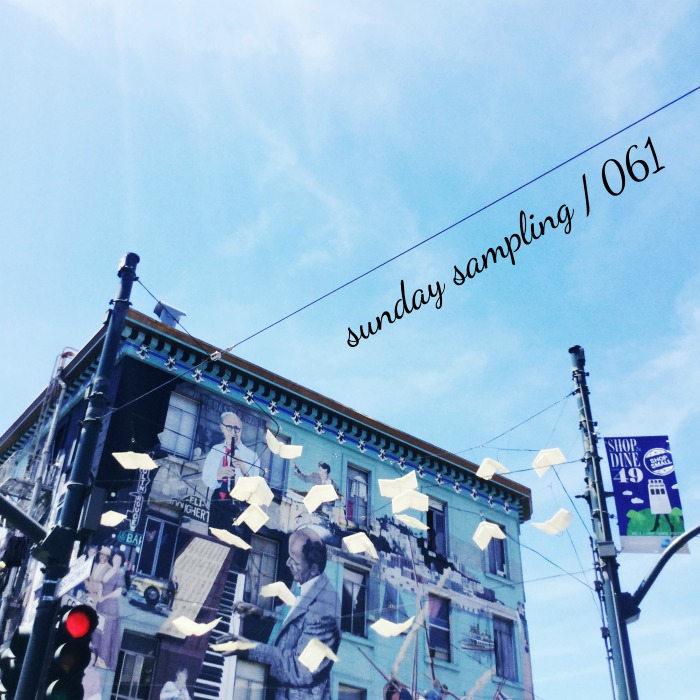 The problem with living in my favourite city is that is spoils travel for me. All other places must compete with my personal bias for my dear, magical Edinburgh.

My tea parties, however, remind me what’s worth traveling for: connecting with the most wonderful people. My San Francisco ladies at the whimsically English Crown & Crumpet pointed me towards their favourite bookshops, and explained the local appreciation for style and costume. The party was even covered in the San Francisco Chronicle!

I’m already dreaming of my return visit, and a return to Bristol as well, where we set a place for Jane Austen at our table, because the women who attend these gatherings have the most creative and thoughtful ideas.

I have added a new Edinburgh tea party to the calendar, and in March 2018 I will be a presenter and sponsor at the Granger Leadership Academy (yes, that Granger). This conference captures the values of Hogwarts like no other, and that’s saying something, considering that it does not take place in Edinburgh ;)

? 5 ways to style growing out bangs. you have no idea how essential to my life this article is right now.

? do you ever want to throw your phone in the ocean?

? what top models eat for breakfast

? you should always have fresh flowers in your home – and other ideas for allowing yourself to enjoy abundance.

?? why australians call each other ‘mate’: fascinating and informative!

? habit-changing advice, based on your personality. so so so so useful!

? i love this interpretation on how to read the bottom card of your tarot deck.

? plus on heroine training: my little summer adventure list, hogwarts castle on a hill [yes the song!], & 3 things to do instead of multitasking