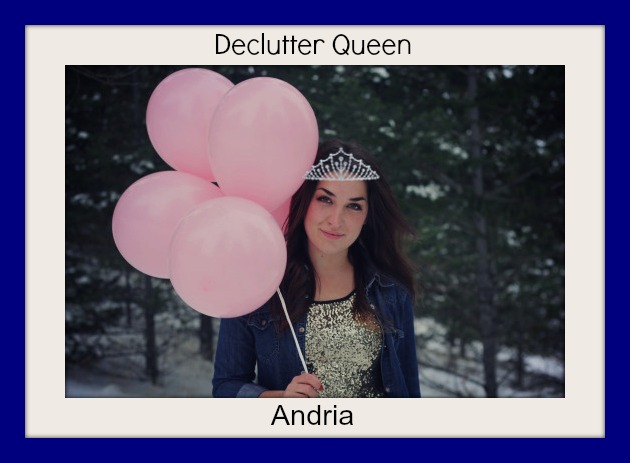 Andria blogs about seeking adventure over at Anchors and Freedom. Her post on “How Living Minimally is Helping Me Live Minimally” caught my eye. Here’s her de-clutter story and some pictures of her minimalist apartment!

★ What prompted your newfound minimal lifestyle?

The idea of minimalism has been something I’ve been attracted to forever.

The problem is that what attracts me doesn’t necessarily run in my blood. My blood is more of a hoarder.

The honest answer is money – I’m in my last year of school and I’d rather be able to still afford plane tickets to wonderful places than have an apartment full of things I’m going to have to move/sell when the semester ends anyway. 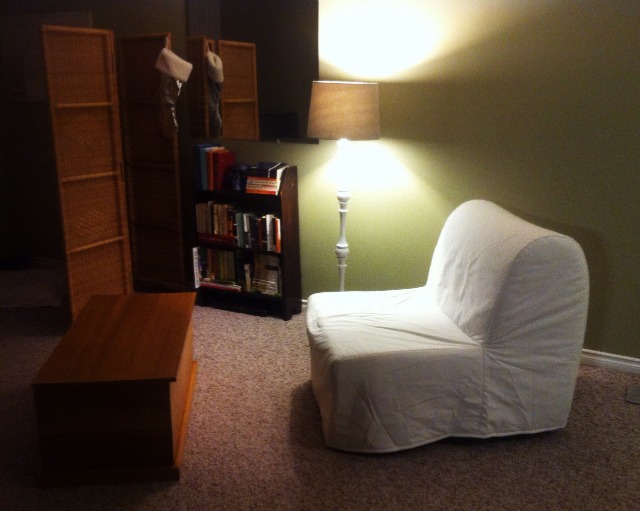 ★ You’ve talked about your stubbornness towards buying a couch. Have you made any other minimal substitutes for furniture or “must haves”?

The couch was definitely my first step, but now I’m kind of addicted.  Currently I’m in the stage of de-cluttering rather than actually paring down, but it’s making a huge difference in how I see things already and I’m excited to keep going. I hate to admit how hard it was to throw away my five years worth of Vanity Fair and Vogue magazines, but now it’s like I can do anything! Also, I don’t have a microwave, come to think of it… or a toaster…

★ So to you, what’s the difference between de-cluttering and paring down? 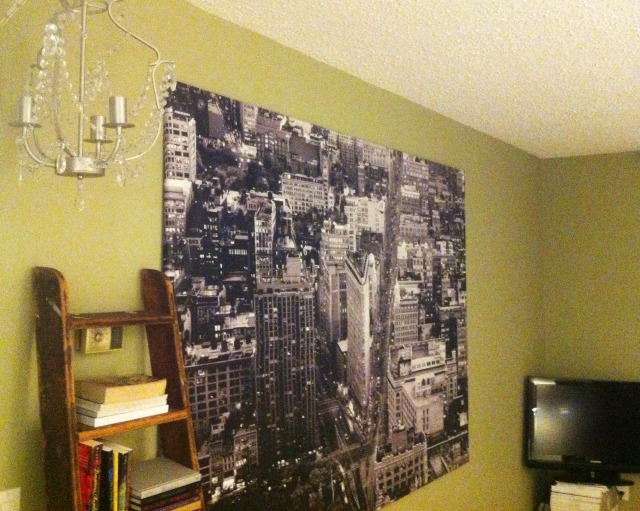 ★ How does minimalism relate to your blog-title-of-an-anthem Anchors and Freedom?

The thing that attracts me the most about living with less is that you become more self-sufficient. Less baggage (physically and emotionally) means it’s easier to move forward and embrace change. Not to mention it’s a swift kick to the consumer capitalism that is apparently going to drag us all under one of these days, and Anchors & Freedom is all about breaking free from the chains. Take that, H&M commercials, I don’t need that dress! (But yes, I’ll admit, you kind of made me want it.) 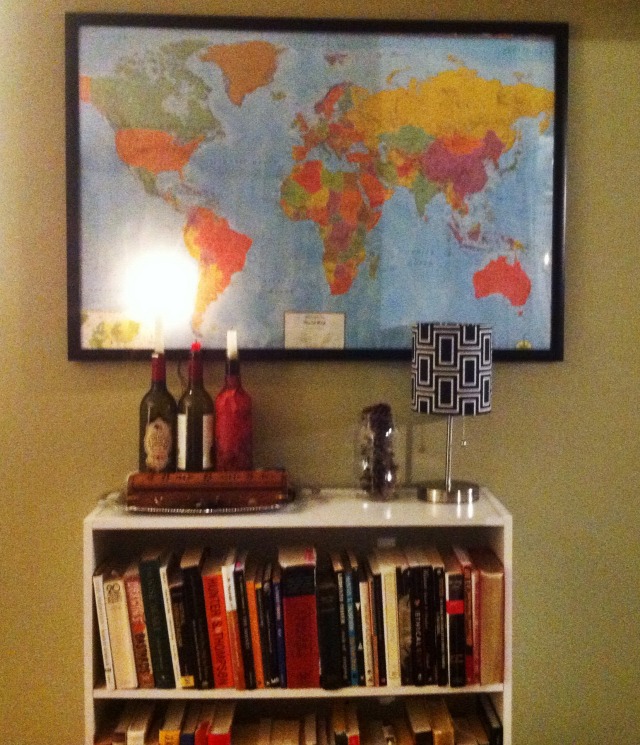 ★ What advice do you have for others in the de-cluttering process?

Evaluate why you value material things in the first place – is it because you’re “supposed to” and that the Kardashians have the ultimate happy existence, or is it simply because you haven’t thought about it before?  My experience is that once you step back and consider why you’re putting value on material things, that value loses its power and lessens. If that’s the case, there’s no need to put your TV on Craigslist immediately, but If you haven’t looked in that box in the corner for two years, it’s time to throw it out.  Start small!

P.S. Have a de-cluttering story to share? Get in touch and you could be the next Declutter Queen/King: xandra@fashionablylight.com

For me, the holidays means playing lots and lots of board games. Apples to Apples was last year’s ‘family gift’ and has become a favorite for all of us. So if you’re looking for a board game present recommendation, here it is! The premise… It’s simple: There’s a red deck of cards with random words […]

You Simply Must: Play Apples to Apples

1. Purple Girl Group For my first Blue Man Group experience, bathed in purple light above, I went Christmas classy. Why it’s Fashionably Light: I’m wearing my mom’s old Jos. A. Bank blazer, now back in oversized style. My cashmere leggings are a cold weather miracle. I wear them as pajamas and on especially chilly days […]