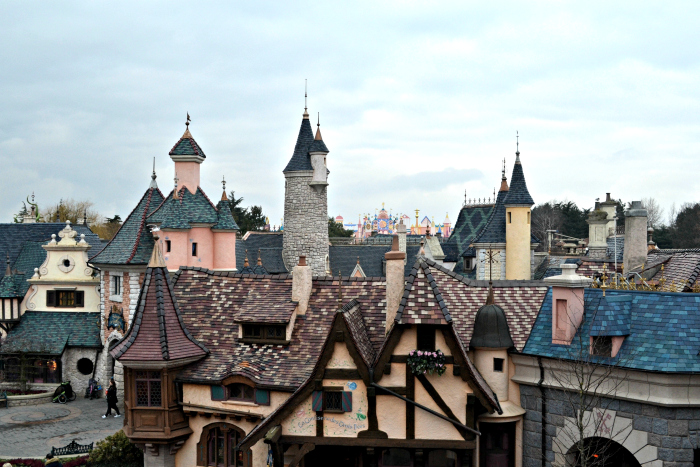 What does a minimalist buy at Disneyland?

For our first trip to Disneyland Paris, I limited myself to one souvenir for me, one for us, and one for Steve (who tried not to buy anything).

I find the fewer souvenirs I bring home, the more I cherish them. So while there were many contenders, I will remember our first trip to Disneyland Paris in these objects – and our subsequent trips in others.

The Ratatouille section of Walt Disney Studios was my favourite part of the park, as it WAS Paris! While most of the rides provide Europeans a local substitute for American parks this corner felt special and exclusive.

The ride is imaginative and immersive, and we treated ourselves to a lovely lunch at Chez Remy. Steve complained that the experience would be far better if the waiters were dressed as rats, and now that the idea is in my head I can’t help but agree with such ridiculousness.

We brought home a fridge notepad from the Ratatouille shop, which we display in our new kitchen. The notepad is meant to be a shopping list, but we chose to be more sparing with its use, keeping it instead as a menu card for planning our meals, adding some fun to the weekly task.

If you think that being a minimalist means less time shopping, you would be mistaken, at least in my case. Instead, I spend hours poring over every option to make the most informed decision before making each rare purchase.

In our haste, I had forgotten to bring a doudou to Paris, so Steve suggested I collect one at Disney. (He may have been even more invested in this project than I, just as I was more invested in his selection of souvenir.) We scoured the shops for a cuddly toy that was huggable but not too large, and featured an accurately portrayed character I love.

We finally settled on Baymax, who I overlooked at first as he’s part of the Disney Babies collection, which come swaddled in strange fringed blankets. We discovered that these are detchable, and I’ve even grown fond of Baymax’s traveling cloak. If you’re unfamiliar with this white squashy blob, do watch Big Hero 6, perhaps the most overlooked of recent Disney animated films!

The highlight of the trip for Steve – by far – was Buzz Lightyear’s Laser Blast, an interactive moving shooter game in Discoveryland. He asked for “his own copy of the ride” for his birthday which makes my sister’s graduation present request (a Nando’s restaurant in Los Angeles) seem suddenly achievable.

We rode the attraction 7 times over 2 days, exchanging tips and discoveries in the queue each time around. We found a special Space Ranger mug in the shop, but forgot to purchase it until 20 minutes to closing, when we were in the other park. Steve said it was fine, but I insisted on going back for it.

We passed the entrance on the way to the shop, noting that the ride was closed, but the Cast Member let us in anyway. The best tip for this ride is to go in by yourself, with literally no one else around, and hope that it stops a few times, giving you extra chances to fire at the targets.

We may have missed the Star Wars Galactic Celebration, but left with Steve’s score maxing out on the counter, the happiest night in the happiest place on Earth (or at least in Europe).

P.S. You can see more pictures from my Disneyland Paris adventure on Instagram!

I swear by the Pomodoro Technique for getting things done. The basic premise is that you work for a concentrated 25 minutes, take a 2-5 minute break, then dive back in for another Pomodoro (For the uninitiated, I explain this in more detail here!).  So what to do on those 2-5 minute breaks?  Well, since […]

21 Things to do on a 5-minute Pomodoro Break

This week I had the wonderful realisation that there’s this thing called SPRING, and if you’re really lucky, you even get to experience it in Scotland. I soaked up an afternoon’s dose of vitamin D before the rain came pouring down, but for just a moment, it was glorious. MY FAVOURITE READS LATELY ? How to […]