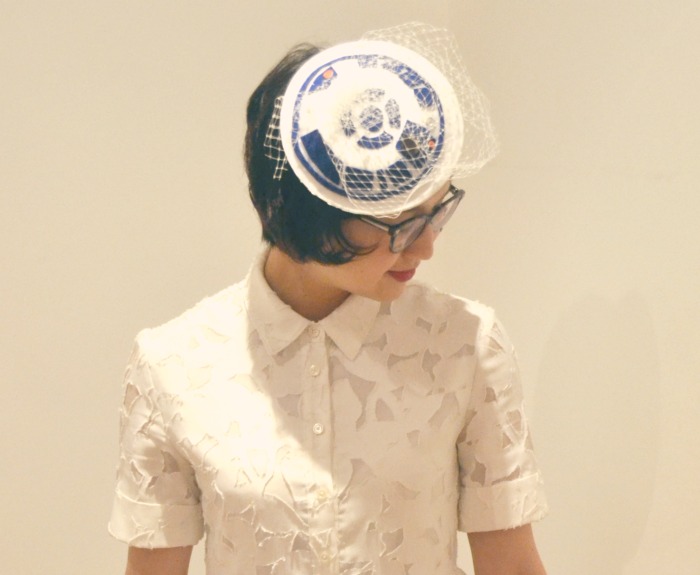 I find movie marathons to be more fun in theory than in practice. Trust me – I’ve done two Harry Potter ones.

So why I was inspired to commit to a movie marathon this year in my Birthday List? I could not tell you. But committed I was, so when Monkey suggested a Star Wars one pre-Force Awakens, I had to say yes I guess.

I hadn’t seen the original trilogy in full since I was little, so I did enjoy getting re-immersed in the story as a whole. [I also learned that there isn’t really that much of a story…] I can only tolerate so many space battles, and as one would expect from a series called Star Wars, there are many. So instead I found myself designing Star Wars-inspired outfits in my head.

How to Make a DIY R2D2 Fascinator

I assembled materials from Hobbycraft: a hairband, white netting, and a sheet of blue felt. They sold little white caps as well, but I decided to save money and use a paper plate instead. The total came to under a fiver.

Thanks to Google Images, there are lots of pictures of different angles of R2’s top. I first drew the designs onto an extra plate, thinking I’d use it as a stencil. It turned out to be easiest to just eyeball the felt cut-outs. I affixed them with a glue stick.

There are a few bits of red, black, and grey, so I cut those out of the extra plate and coloured them in with markers.

I stitched the netting together using the instructions on the packet, then stitched it all to the plate, and the plate to the hairband. I added a strip of packing tape on the bottom to make it extra secure.

That’s all! It was a fun little crafting project that took a couple of hours. 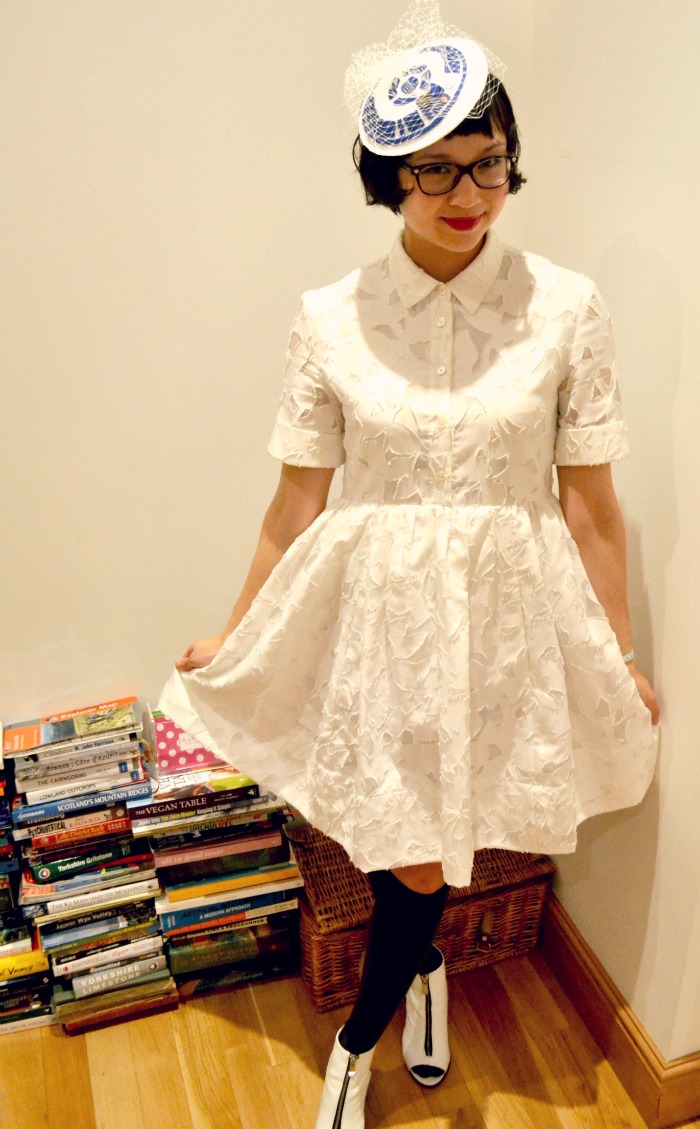 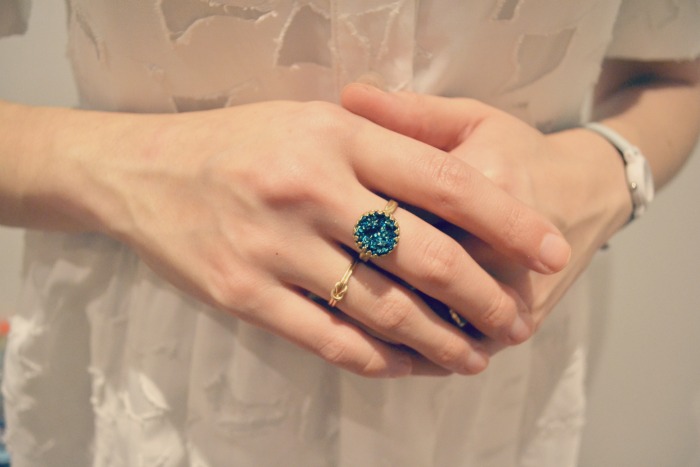 I paired my R2D2 fascinator with my white Kate Spade dress, grey H&M knee socks, my galactic heels from L.F., and an Eclectic Eccentricity ring from Hannah Zakari.

May the Force be with you,

P.S. Star Wars is just one of my 24 films to watch before turning 24

My December project has been to curate the perfect CD-sized collection of Christmas music. No repeated songs, artists, or albums. (Michael Bublé snuck in twice, but once as a featured artist. Plus, it’s Michael Bublé). The Ultimate Christmas Playlist 1 / christmas time is here / vince guaraldi trio 2 / christmas (baby please come home) […]

The end of the year [or the beginning of a new one, rather] means exciting times: LISTS. Let’s start with books. In 2015 I read more books for fun than I ever have [the full list is on my Goodreads shelf]. The Storied Life of AJ Fikry by Gabrielle Zevin My favourite reading genre is “books about […]