Going Places and Running Races: Why I Run and Maybe You Should Too 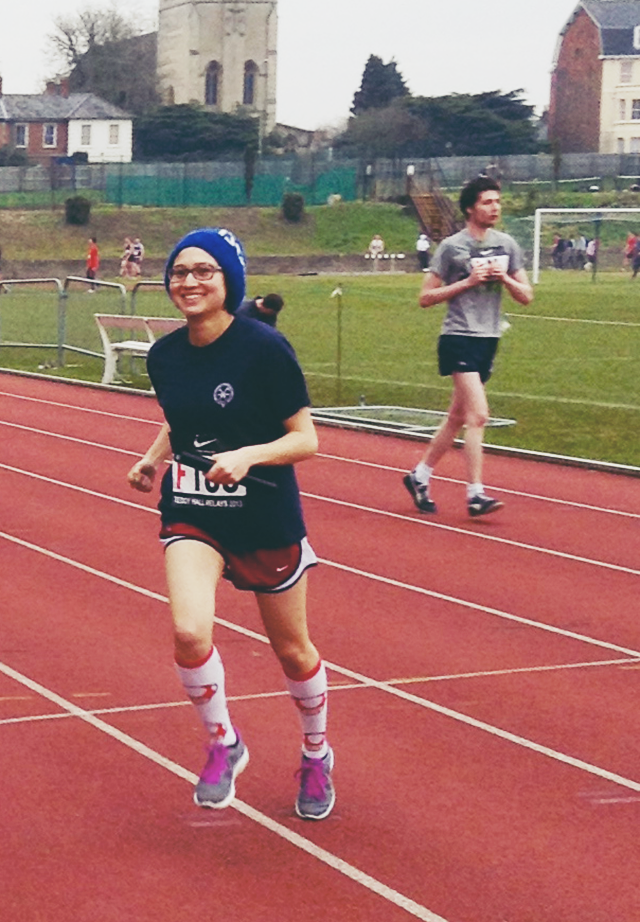 I was supposed to run one out of four 3.6 mile legs of a race, but we were one man down and I volunteered to run the extra miles. Yeah! Girl power! I feel like Mulan!

It didn’t seem that crazy until I was actually running. In the middle of singing Go the Distance to myself I was like wait. WHEN DID THIS HAPPEN TO ME I USED TO HATE RUNNING!

As an Oxford Prep summer student living a few steps away from the beautiful Christ Church Meadow, I was enchanted by being outside in the lovely city in the lovely morning. Running became my way to enjoy it, even though I didn’t run for very far or long. I returned for Oxford Royale the next year, and while we had a 6pm curfew, I got as much Oxford time as possible by getting outside at 6am for my run. Those were my rebellious teenage years, sadly.

Christ Church Meadow is still my favourite place to run because it’s defined by a short loop. I used to run/walk the 5K route from Exeter around the meadow with the goal of one day running the whole thing. I’ve come a long way, but all in itty bitty steps.

And the view is stunning.

You can find racing fun, and you can get competitive without getting stressed out.

I ran my first 10K in Prague last year. It was my friend Eugene’s idea – she wanted to run a marathon in another country, so we ended up running a quarter marathon each as a relay team (The Roger Bannister Tribute Band). A pretty cool excuse to travel, thought I! Running became more exciting because we were training for something. And now the streets of Prague are lined with memories of I-ran-there.

On 7 April I run my first half marathon. I’m running for the personal challenge and the thrill. My running buddy Steve is raising money for Pancreatic Cancer research in memory of his grandfather, so rather than come up with an arbitrary cause, I instead direct my supporters to his.

In the weeks leading up to my run, I will post about running and runners, so stay tuned, get those shoes on, and get out the door!

Meet The BU Dress. Convertible, comfortable, and utterly cool, this Bianca Elgar design is so fashionably light. The detachable sleeves and neckline loops encourage customisation, and the idea is to “be you”. So I paired it with pink and polka dots, including a dinosaur necklace made from a keychain I had in kindergarten. This is just […]

Outfit ~ Dino and the Dress

I never let my desktop get too too cluttered, but the odd files and folders that end up hanging about drive me insane. Usually I’m just a few clicks away from a beautifully clean computer. Aaaah! Much better. Here’s how I do it. ★ I dump pretty much everything into a Google Drive folder and […]