An essay about the benefits of being a small creator in a fame-obsessed society, relating to fellow American-in-Oxbridge artist Caroline Calloway, and finding empowerment in setting limits for success. 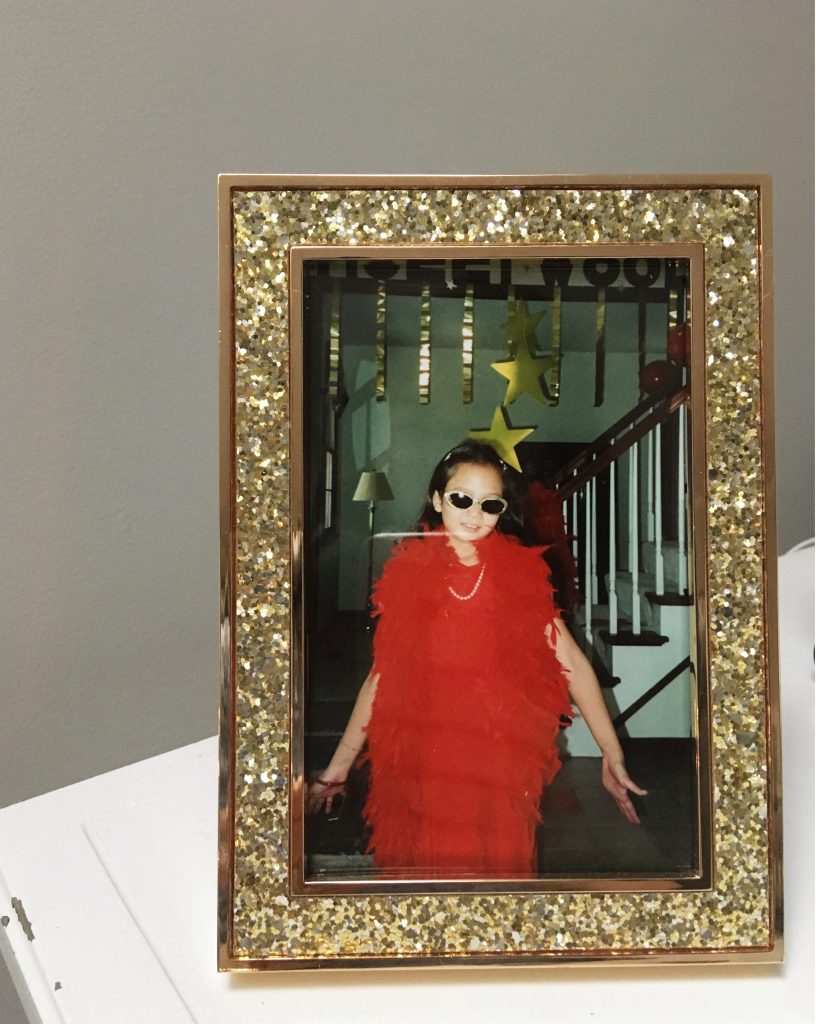 In 2013 I graduated from Oxford and Caroline Calloway matriculated at Cambridge.

Both New England prep school-educated Virginians, both American undergrads in England, both publishing about our lives online.

I first heard of her years ago, as the American girl who went viral capturing her idyllic English academic experience on Instagram. Why didn’t I think of that?

Well for one, Instagram was just taking off. I was of the blogger era, having chronicled my third year at Oxford on my own website. In a year of exams and external expectation, the blog was my quiet project just for me. I have always felt that if I commit to creating good work, word will spread eventually. So I focused on the work.

Caroline was savvier, and sought an audience from the start. She curated her character deliberately, with a Pinterest-perfect lifestyle. She played up the fairytale that I hid out of humility (or sometimes, because it just wasn’t the most relevant thing in my life). Her story emphasised castles, balls, and dashing cross-continental romances. England had softened me into self-consciousness, while Caroline had no qualms about flaunting it, prancing in the loud and proud American stereotype, and inviting her audience to live vicariously through her charming existence.

Caroline capitalised on what made her life dreamy, without acknowledging her privilege – and this started to get her into trouble.

A Time magazine article in 2015 began: “Caroline Calloway is living a privileged life and getting a huge following on Instagram in the process.” This chuckling commentary only worsened when she started to make money — or at least tried to.

Last summer, she popped up on my radar again when I scoured the web for everything I could find on our mutual fave Taylor Swift. Caroline wrote an essay comparing her own public downfall to Taylor’s. Downfall? I wondered, What happened? Isn’t this that Cambridge girl in a flower crown? I learned that months before, Caroline had been labelled ‘A Scam’ for putting on expensive, yet disorganised workshops. In such a public way, she overpromised and underdelivered.

It got worse – her former friend and ghostwriter, Natalie Beach, published a tell-all, framing Caroline as the villain. Natalie claimed to be a character purposefully written out of the careful narrative. She exposed details of the dark side of Caroline’s fantastical image: buying followers, covering up addiction, and amassing thousands of dollars of debt from a book deal gone bad.

While I’ve never had a ghostwriter, I too have run expensive creative workshops. While I haven’t been hiding an addiction, I don’t share every detail of my life online. I’ve meandered in my journey towards discovering my voice and my business model. But I’m not famous, so my growing pains have been private.

Because I’m not famous – not even Instagram famous – I rarely experience backlash. Sometimes no one even notices. I tweet, realise my words aren’t clear, and delete before anyone even saw it. The most scathing comment I’ve received on YouTube accused me of being ‘not a real minimalist lol’.

I’ve said stupid things, out of ignorance or nervousness. Most of the time it’s of the That’s not what I meant! variety. I’ve overcharged, and even, like Caroline, wore a flower crown while I did. But I am not famous. My mistakes wash away while Caroline’s are in permanent ink.

It’s a strange game for the ego, writing personal essays and memoir.

To a degree, my work depends on people liking me as a person. But then again – doesn’t likability help in pretty much any career?

I must remind myself of my goals: I don’t care to be famous. I do care to find the best readers for my words. Readers who learn something about their own selves, as I learn about me.

With the readership I have, I enjoy a manageable bit of buzz after I publish an essay. My audience is a small, fringe one, and there is comfort in that – in being able to see all of your faces when the house lights are up. (Hello!)

I don’t have to worry about trolls and haters because I simply don’t have them (except, I suppose, that one minimalist guy on YouTube).

Over Christmas, many of my friends rewatched the Harry Potter movies.

I asked them how they found it this time around. The most common comment? ‘Wow Dan Radcliffe was a bad actor’. He was 12. I’m sure I was a bad actor when I was 12 too, in community theatre. At that age I was a dreamer — musical theatre feeding the fantasy of being thrust into the spotlight and loving it. With every rendition of ‘Think of Me’, I became the chorus girl plucked from obscurity to play the leading lady.

It’s easy to get caught up in the numbers game.

Counting ‘followers’ distracts me from my creativity. I’ve been entertaining the idea that at one point, I will reach enough readers. I will earn enough income. I ask myself: What if the sky is not the limit? What if there is a limit that satisfies me, that’s closer to where I am now?

I’m obsessed with a Fast Company feature on Janelle Monáe, and the record label she founded, Wondaland. Nate Wonder, musician and producer at the label, says: ‘If you have 500 people who buy all of your stuff, you can do exactly what you want to do’. 500 seems a lot more achievable than the vague goal of infinite fame. 500 sounds perfect. If I’m lucky, I will cap off at 500, and never qualify for being overrated.

When too many people are watching, but not paying close attention, things get muddled.

Too many people aren’t looking closely enough to see what you’re really saying. People project their own problems onto you, because you’re ever-present. Even I, an avid reader of Caroline’s, am going a bit mad, fact-checking the details of her journey for this essay (with help from a friend, I shall disclose!).

There’s a musical that popped up at the fringe a few years ago that’s heading to Broadway.

By the end of its Edinburgh run, it had attracted a lot of buzz. I missed it, but my sister got to see it on their US tour. ‘It’s good, but I’m bummed because it could be great!’ she said, ‘The problem is, it’s gotten so popular so quickly that they probably won’t have time to make it the best it can be’.

I think of her words often when my own growth feels slow, or when the response feels quiet. I cherish this time, when I set the pressure, I set the pace. Sudden success overwhelms. Fame complicates.

I love discovering an artist at an early stage. It’s not just the hipster claim – I was a fan before it was cool – there’s more to it.

I love to attend debut authors’ book launches, feeling their fulfilment as they hold their books in front of an audience for the first time.

I love to read blog posts by tiny but dedicated writers, who are not pandering because there’s no one to pander to. What’s there to lose? You can’t be a flop if no one is expecting a hit.

When you’re famous, everyone has an opinion about you, an idea of you. If you don’t feed the narrative, the silence fills with someone else feeding it for you. Funnily enough, my most scathing comment of last year was ‘I don’t like Taylor Swift.’

There is a sweet spot, numbers-wise, and I’m not there yet. But I want to acknowledge that for me, there is an endpoint. I don’t need a limitless ceiling like the enchanted one in Hogwarts’s Great Hall. The beautiful, intricate, human arches of an Oxford dining hall will do.

P.S. To my fellow small artists: I wish that all of your ‘enough’ levels of success come true. I feel valid as your fan, even if you aren’t famous. I’m not ‘collecting’ you in hopes that I can claim to have known you from the start. You have already arrived. Where you are now is pretty cool in its own right.

P.P.S. Sister informs me that apparently the fringe show in question did improve! So… hats off to them!

a little list WHEN IN DOUBT: declutter dress up write play music P.S. A heroine’s When In Doubt list is personal. That’s mine. What’s on yours? Please write back on Patreon, Instagram, or email.

an Instagram post I’ve hardly been online this week, and I feel great. Like sinking my teeth into a super-sweet cupcake 🧁after a sugar-free week, it goes straight to my head – whoa – I was used to this? It’s a bit much. 🥴 I make excuses to scroll through Instagram: I’m running An Online […]