Heroines to Channel for Professional Success 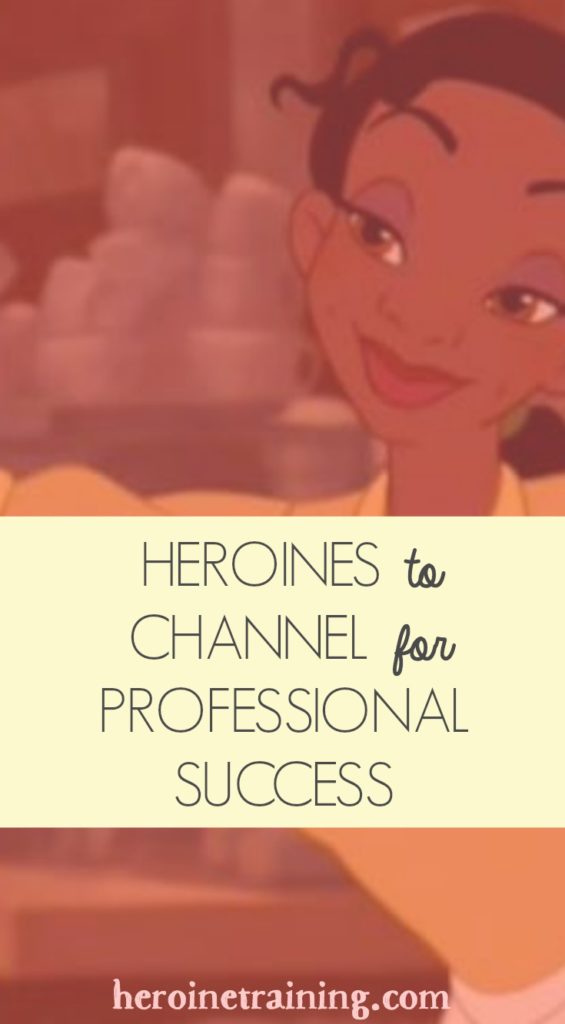 I decided that this year I would step up and be a professional.

I shared this with my friend Kerrin, who has a gift in follow-up questions, and she asked me: “What does the professional version of yourself look like?”

I replied with the first thing that popped into my head, “Well, she’s wearing a blazer”.

For anyone pursuing a passion as a career, it is important to distinguish “the work” from “the job”.

I am a writer, and so as an artist, I write, but as a professional, I publish. I put on a different hat once the work is done, or rather, I put on a blazer.

Of course I don’t need to wear a physical blazer to be a professional (although I would like one, and I would like it to be pink, so let me know if you see one). I can also wear the traits of heroines I admire, whose courage and certainty I need to borrow sometimes.

This list in particular includes some flawed characters. Do not become these heroines. Draw on their strengths and be mindful of their weaknesses. Channel what resonates with you, and in doing so, be more true to yourself. You’re not creating a new character, but understanding who she is to begin with.

HEROINES TO CHANNEL FOR PROFESSIONAL SUCCESS

The character Joy, who is inspired by a collection of real-life entrepreneurial women, is steadfast and determined. No one would blame her for collapsing in the overwhelm of the responsibilities thrown on her as the sole caretaker of her family. She not only survives this situation, but sparkles with a vigor for creating. When she gets an idea, she runs with it. She is not too proud to ask for help. She demands her worth. She holds unwavering belief in her work, and defends it until no one can deny her.

Sometimes you have to make personal sacrifices to succeed professionally. Andy treads this fine line, and learns how to set boundaries for herself. We watch her navigate how to further her career, bending to expectations without breaking herself (although she comes close). She learns to dress the part, play the game, get ahead, and make a name for herself on her own terms.

From her W internship days to taking over Waldorf Designs, Blair shows up like a pro as if she were born that way. And as entrepreneurial Eleanor’s daughter, she practically was. Blair thrives on recognising her strengths (and slips into desperation when she knows it’s not her strong suit). She reigns in line with herself and her style, and when she is certain of her own success, she gets it.

Tiana in “Princess and the Frog”

I remember Daddy told me “Fairytales can come true
You gotta make ’em happen, it all depends on you”
So I work real hard each and every day
Now things for sure are going my way

Carrie Bradshaw in “The Carrie Diaries”

From the little I’ve seen of Sex and the City, grown-up Carrie lives a pretty glamorous life for a writer, but The Carrie Diaries explores how a younger Carrie got herself to the top. Carrie works her way into the New York magazine scene as a teenager, channeling her creativity, putting in the hours of work, and advocating for herself. She is certain she belongs, and isn’t afraid to rank herself among the pros.

Who do you channel for professional success? Let me know in the comments!

Pretty much as soon as I decided that this year I was going to roll with things rather than resist them, life threw a a challenge at me: the Airbnb we booked into for the month has no wifi. This was totally on us for not double-checking, and I’ve decided to treat it as an […]

I intended to embrace January for what it would be: a challenge in simplicity. In December we packed up our little flat, storing most of our possessions with kind friends, and taking the essentials with us to an Airbnb, where we now wait for our new flat to be ready for us.  We were relieved […]