How to Choose a Halloween Costume

I was the kid who planned her Halloween costume a year in advance. Yup. When November first rolled around the corner I was already thinking of the following October.

Halloween is simply the best holiday. A night to celebrate the spectacular, the magical, the utterly creepy. Here is your chance to define your doppelgänger. Become a new character.

The premise is fantastic. The practice, however, can be a bit stressful. So here’s my guide to cracking the Halloween conundrum. 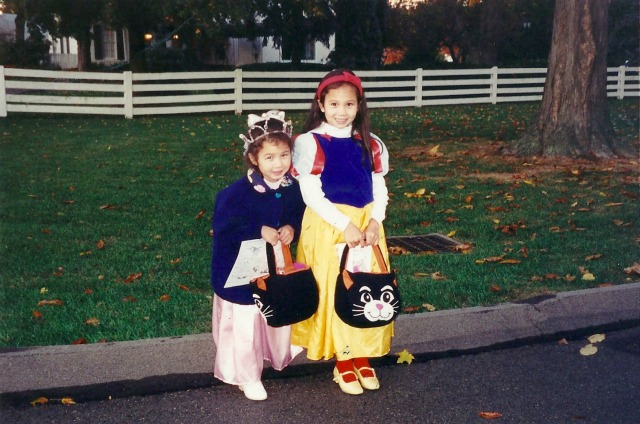 Consider the context – What’s the venue?

Dressing for the occasion is slightly more complicated that just “Halloween”. Last year I dined at nerd haven Atomic Burger for the big day, and [being bossy,] I required my friends to dress according to theme: “Atomic Burger and/or Halloween”. I went as Hit Girl to balance the two.

However, if I had attended a Halloween Ball, I would have gone as someone more formal. Lady Macbeth, for example, is on my Halloween bucket list.

Also, in the UK Halloween costumes have to be scary, while in the US you can be anything from Dracula to a crayon to a seductive pigeon.

What do you already own?

Did you know that authentic storm trooper costumes cost about $2,000 and Vadar costumes twice that? Yeah. But the good news is that people tend to be more impressed with the creativity or effort you put into a costume than the amount of money you’ve spent on it. That’s how it should be anyway. [Check out a much cheaper stormtrooper costume.].

I love fancy dress, but being minimalist me, I can hardly bring myself to buy stuff for costumes. Halloween is important to me though, so I make it work.

For Hit Girl I already owned a black top and combat boots, and used the occasion to purchase leggings that I could continue to use. When I was Mrs Lovett I bought Victorian-style boots that ended up being an unplanned wardrobe staple.

My friend Tim owns a magnificent cape, and every year works his costume around it, incorporating minor elements to transform into a cape-themed character [I keep telling him to be Tim the Enchanter.].

Also, check out this killer Iron Man suit made out of duct tape and cardboard. Respect, man. 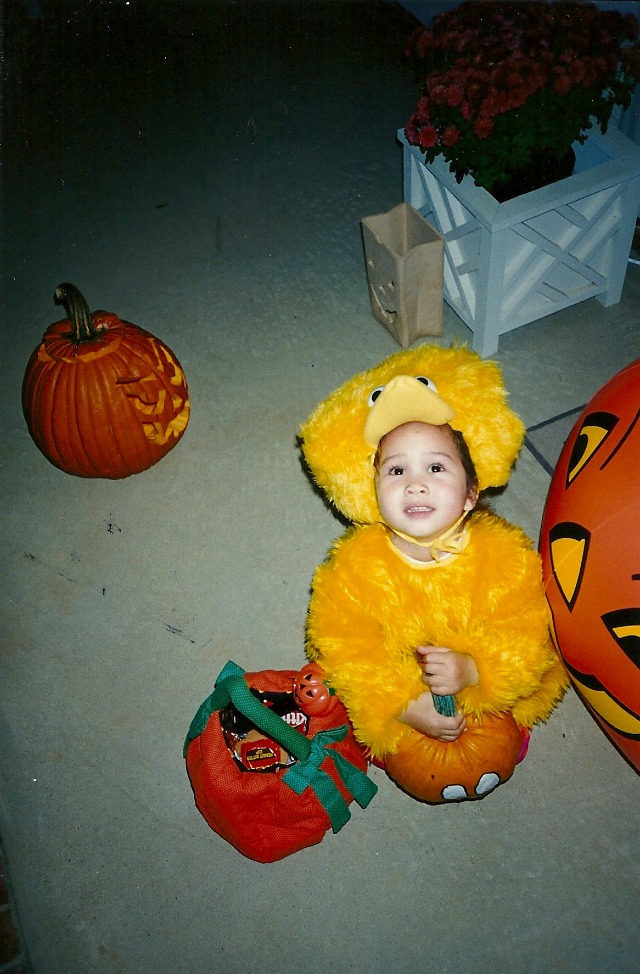 Who have you always wanted to be?

Yes you’re wearing a costume, but think of it as an alter ego. As my housemate Dave put it, “I don’t have an affinity with vampires”. Fair enough. Don’t be a vampire.

And please be something specific. Don’t just be “a Gryffindor student”. Pick one. 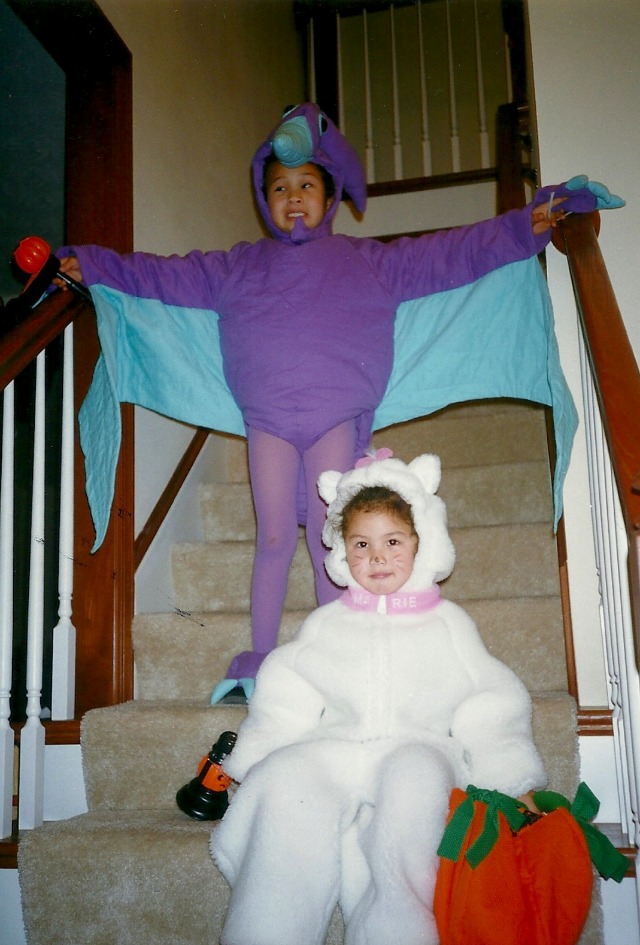 As much as I would love to be say, the Dust Witch from PunchDrunk’s The Drowned Man, a very small demographic would recognize me, and Halloween is also about sharing [sharing candy anyway.]. Be something that other people can appreciate, even if it may not be at first glance. If there is any initial confusion, your response to the question “Who are you?” should evoke “oooooh! I get it!”.

The Monkey came to Atomic Burger in a dressing gown, pyjamas, and slippers and was unsurprisingly met with a lot of flack: “so where’s your costume?” He countered this by simply holding up a hand-decorated copy of The Hitchhiker’s Guide to the Galaxy, and in seconds the disgruntled accusations turned into massive kudos.

But if someone doesn’t get your costume because they haven’t read Harry Potter then that’s their bad. 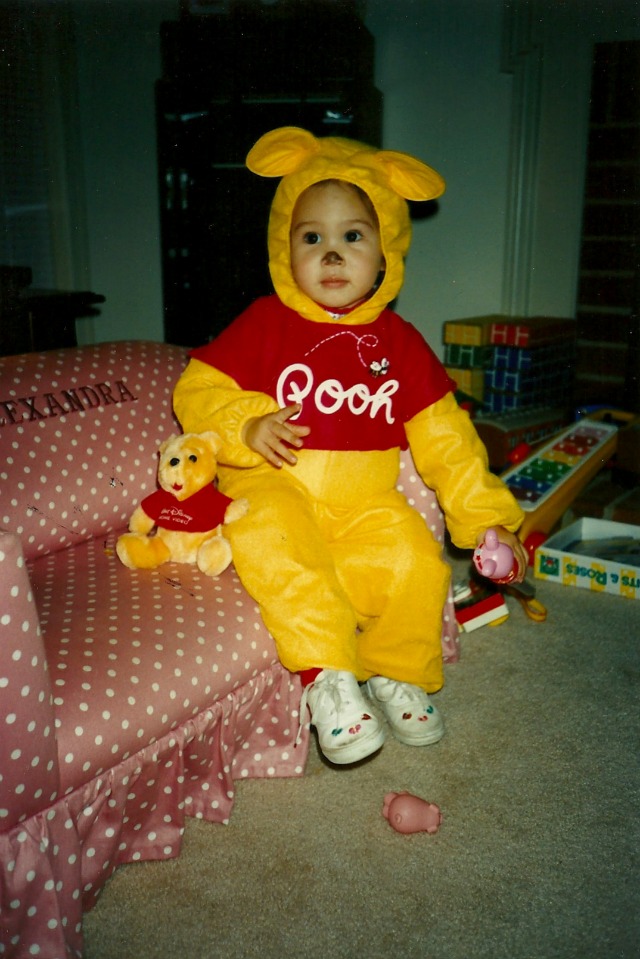 How psyched are you to DIY?

Plan ahead. Use this month to mull over the perfect costume, and gather materials for it. If you’ve never sewn before, now is not the time to attempt that Elizabethan gown. Think about what you need to do, and enlist help from your crafty friends.

Last year I asked the guys at Mega City Comics where I could get a cape, and was advised to get a piece of black fabric and make it myself. Seemed easy enough, but I left the cape construction too late, and was utterly hopeless at this apparently simple task. [Capes are surprisingly hard, man.].

I learned my lesson, so for my Ms Pac Man costume I found a simple bow tutorial, took the pattern into Darn It And Stitch, and had the ladies help me pick the best materials. I asked them to walk me through the steps and asked lots of questions.

And if you’re keen to invest as little energy as possible, and need to buy some new pyjamas, go as Arthur Dent. 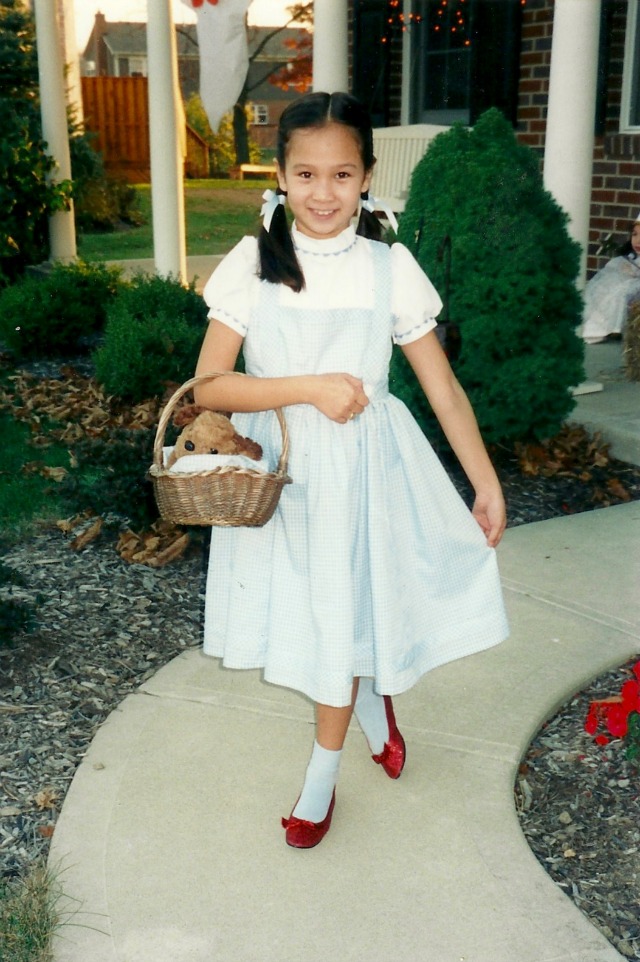 How to make it cool in real life as well as in your head.

Dave expressed concern that his costumes in reality seem to disappoint the imaginary ones he dreamt up. Oh I’m all too familiar with this problem.

Think about the important elements of the costume you’re picturing in your head. Most likely a dress is more important than shoes, so put your energy into that. For Hit Girl I made sure to get the right wig, because her purple hair is iconic.

If there’s a makeup component, study tutorials online or ask an expert in person – Illamasqua do free consultations and gave me loads of advice for Lady Macbeth [whom I will be when the time is right.].

So. Let the costume brainstorming begin in the comments!

^ presents and makeup by PunchDrunk There’s this thing called PunchDrunk. I don’t want to give anything away. Let’s just say they’re an immersive theatre company. Some call it promenade, some call it choose-your-own-adventure, some call it a reason to live. First Sleep No More, then The Drowned Man. We visitors, masked, silent, and alone, follow the […]

Occasion: Adventuring in Angel After Wyndstock For wandering through Camden Lock in urban-idyllic Angel with the Wyndstock Girls I went for my vintage dress, which serendipitously matched this car. Wool and cashmere required for a cool autumn day. Matching cobalt is an added bonus. Outfit: hat from Forms | star necklace by Sister | 40s […]

Wardrobe Weekly: the Opera and the Other Place