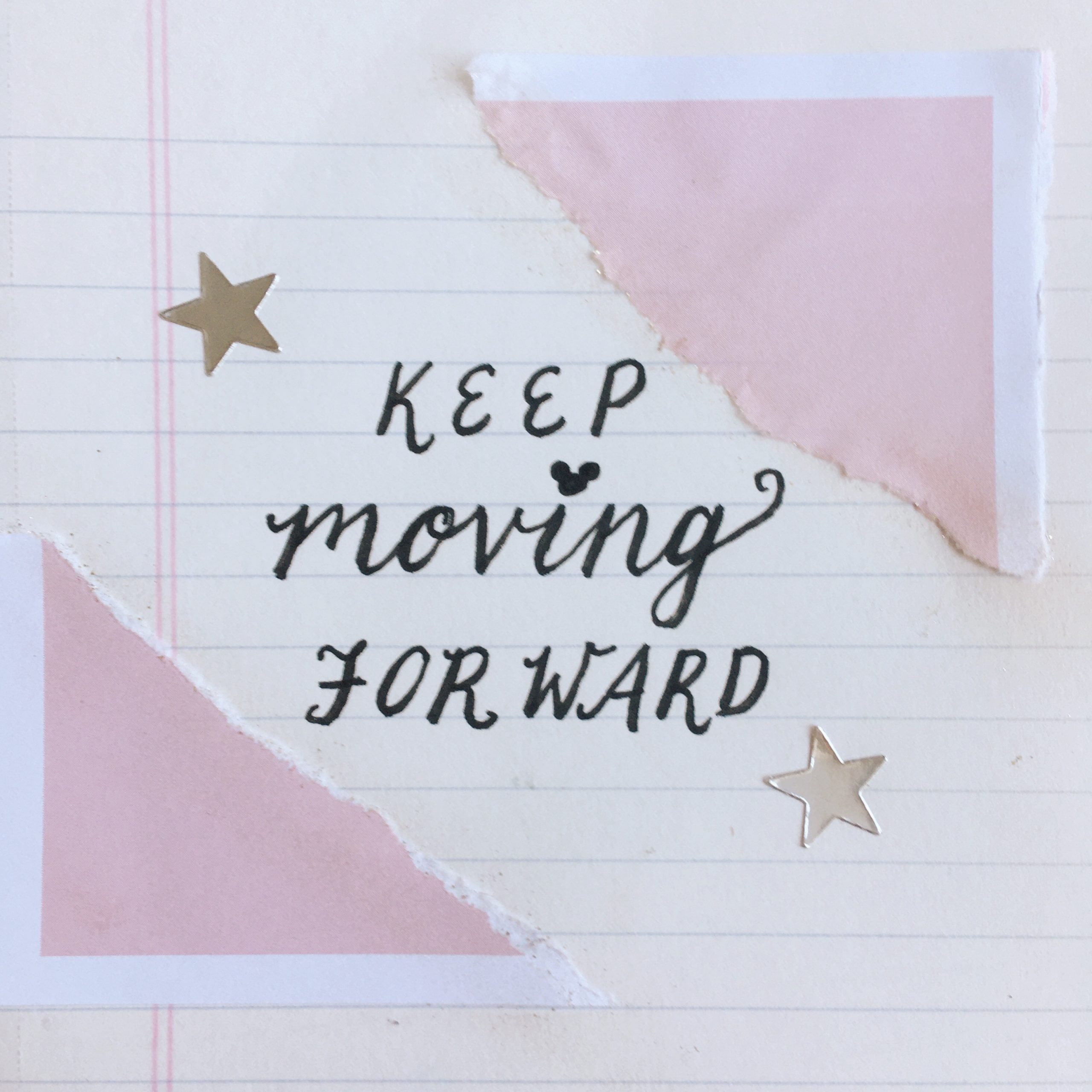 This essay is about measuring my progress in Walt Disney World attractions, committing to an ongoing quest for inspiration, and Imagineering my life. 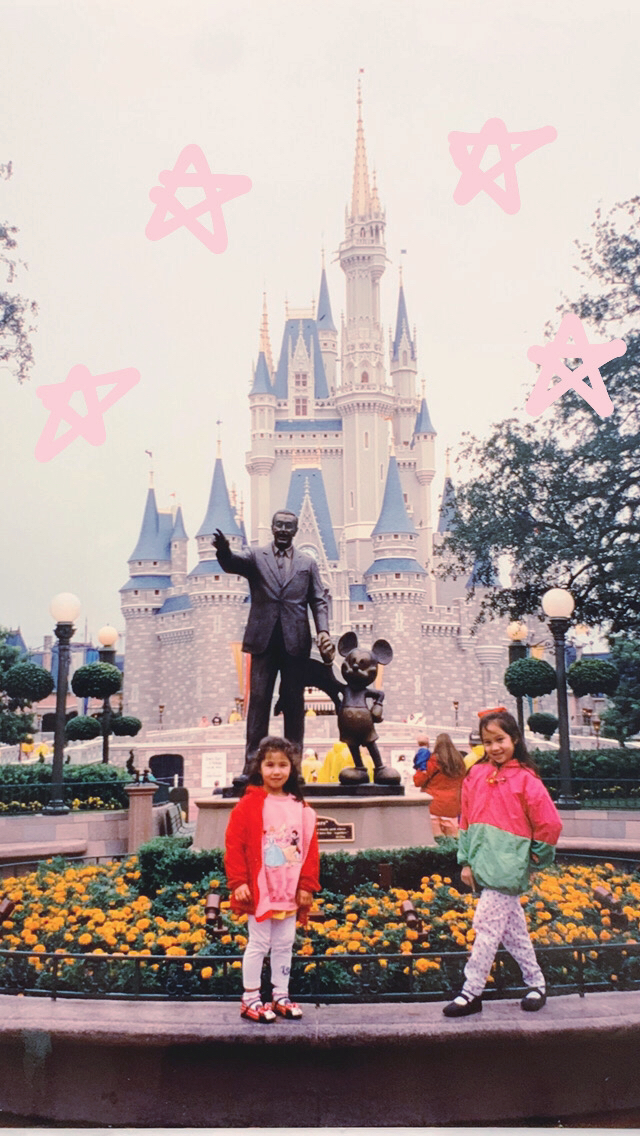 I love the buzz of a new Walt Disney World attraction, so shiny, so green, immersive magic yet-to-be-seen!

In December, it was Rise of the Resistance, the flagstone attraction for the new Star Wars land, Galaxy’s Edge. We visited just a month after its premiere.

Even its queuing system is revolutionary. At park opening, a select number of ‘boarding groups’ are available in a virtual queue, with guests playing fastest finger on their phones to secure their spots. The best chance at this roulette requires arriving at Hollywood Studios early, allowing plenty of time to check into the park before tickets release.

Still jet-lagged, and worn out from Animal Kingdom the day before, we considered whether to attempt ‘joining the Resistance’. Sure, it would be more sensible to get an extra hour of sleep. Sure, we could always come back in a few years, when the crowds have died down…Nah! We had to go for it!

It is so worth the inconvenience, to experience the attraction at the height of its hype.

Immersed in a collective sense of anticipation, we joined the swelling crowd before dawn. An hour before park opening, we watched the sun rise over Hollywood Studios, exchanging tips and stories among strangers. We are hardcore, we are patient, we are huddled together before we’re truly awake, somewhere between dreams and the Disney daze.

For me, it’s simple: I must surrender to what excites me.

What a gift, to feel certain of what will make me happy. When I feel an inkling of curiosity, I must follow it. When I give in to what thrills me, something unlocks: I feel alive.

No place inspires my fanciful pursuit of pleasure more than Walt Disney World. I go there to top up on joy, to refuel my creativity. Back at home, I spend hours studying its history, because it fascinates me. On the rare occasion that I get to be there in person, I drink in as much detail as I can, tickled by the knowledge that I still won’t see it all. No matter what, there will be so much more waiting for me when I come back.

It was finally time: time to open the My Disney Experience app and hope for a boarding group.

The park rippled with celebrations as phone screens illuminated with good news. The wait was worth it for this moment alone: in this early morning rumble of cheer, we were part of something bigger than just two people wishing to go on the latest theme park ride.

As for the attraction itself – yes, it is amazing, a marvellous technical feat. But what brings it to life is the people.

The highlight of my experience was actually in the queue, and actually, it was when we heard an announcement that the attraction was experiencing delays. Yes, my favourite part was when the ride broke down, and that’s because of what happened next. Within minutes, cast members weaved through the queue offering water and snacks, closely followed by Rey herself, casually passing by, stopping for a quick chat with the restless kids in the family of six behind us. This was no ordinary queue.

We enter the attraction as a random group of passengers, and soon we are transformed into a team of Resistance members, bonded by joy to be here, but also by fear, because the First Order is no joke. I’m not talking about the very real Kylo Ren animatronic, but of the looming Cast Members guiding our journey, so in character that ‘in character’ sounds diminutive.

People are saying this attraction is like no other. That they can’t imagine how it can be topped. I know that it can be, that the Imagineers will do it again, because they have a long history of just this: of creating the next impossible thing.

The Imagineer must dream up what people don’t know they want next.

They envision and build the next experience that feels un-toppable. Guests like me can’t articulate what we want next, but when ‘next’ comes around, we are just as speechless as we were about the one that came before. As an artist and entrepreneur, this inspires me.

In The Imagineering Story on DisneyPlus, I watched guests react to Star Tours, back in 1987. These awestruck guests were just as amazed as people are today about 2019’s Rise of the Resistance.

Star Tours? Really? Formerly the peak of technology, these days, it’s often a 5-minute wait. I never knew it in its prime, but I have my own milestone moments in Disney attractions – for instance, Midway Mania.

When it first opened, my family was hooked. We rope dropped, Fastpassed, and circled back to wait two hours just to ride it again! This year, I caught myself glimpsing the wait at its entrance – 20 minutes – and deciding whether it was worth it. Memories flooded back to me, of happily waiting hours in that queue. So much time has passed. My, how we’ve grown, Disney World and I!

Disney has a knack for tuning me in to the present by transporting me to the past.

My own history mixes with the park’s embedded nostalgia. I have my Disney traditions, that will never grow old. But I must also follow my curiosity towards what newly interests me. Disney World is a curiosity machine; Walt designed it this way.

It’s a time capsule of former versions of myself. Revisiting old favourites takes me back to the novelty of experiencing them for the first time. I’m also reminded of how I too have had a fresh coat of paint, have moved onward from my last visit.

Disney amplifies an everyday experience, of relating to the past and future in my own present.

Years ago, I remember opening up a box of keepsakes from my first trip to the UK. Some artefacts were indeed special: theatre tickets! Notebooks from my fantasy literature class! But there was also rubbish – literal rubbish. Namely, a Caffè Nero napkin. I was mortified – but also, so amused – at this discovery! At some point, this napkin was important to me, so important that I transported it across the ocean. In present day, I am a UK resident of ten years, and Caffè Nero has 31 locations in my own Massachusetts. We’ve both traveled so far!

Walt said, ‘Disneyland will never be completed. It will continue to grow as long as there is imagination left in the world.’

I say, a heroine is never trained. We are forever on our journeys, developing our characters, sharpening our curiosities, because, to insert another Walt-ism, ‘curiosity keeps leading us down new paths.’

We keep moving forward, through our own chapters and eras, thumbing through old pages, bookmarks left in the past. We build on what came before, Disneyland, and you, and I.

I promise to keep showing up for what excites me, to prioritise my dreams, and trust that experiencing joy requires showing up – sometimes before the sun has risen over Hollywood Studios.

P.S. I would love to hear your story too. Please write back, on Patreon, Instagram, or email, and tell me all about your favourite Disney World attractions!

P.P.S. My favourite Disney resources are the WDW Radio podcast and Defunctland on YouTube! Let me know if you enjoy them too :)

The Lesson I Must Keep Relearning: Writing first. First thing in the morning. I must grant this precious time to my writing: writing what I feel inspired to write. Not answering emails, not arranging podcast show notes, not even polishing up my next essay, but capturing what I am most excited to create, in that […]

The Lesson I Must Keep Relearning

A Release from Achievement