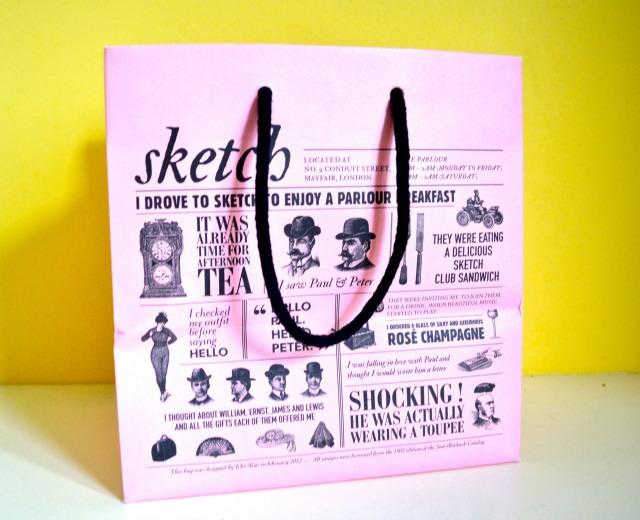 Shady and I, taking tea at Sketch‘s enchanted glade, eyed some adorable takeaway bags. Although we gobbled down most of the temptingly tasty treats before us, we conspired to save something, anything to earn us a beautiful bag.

Well, hours later we were a bit peckish, and sure enough, grateful for said fries.

Because you might want them later. Or – if an impossibly large plate arrives, decide straightaway to take the other half of that pizza home for breakfast. Savour now and later, with no achy stomach in between.

P.S. Similarly, Don’t Just Eat It Because It’s There

This summer, I channeled my inner globetrotter gal. With a few short days in a few awesome cities [Seattle, SF, NYC, and a course, Boston & London], I faced the task of Making The Most Of My Time. Here’s my advice, and as a bonus, my Seattle itinerary! Part 1: Gather your Sources. Ask friends. […]

^ Musée du Louvre Last summer I met the Mona Lisa, most famous painting in the world. I don’t quite know why, and I doubt the above do, and yet here they are, the paparazzi. To me an art gallery evokes tall rooms with space to stare, to piece together stories and strokes. But to […]

Postcard From → The Mona Lisa