Lessons from Lunch at the Circus + Finding Nemo DIY 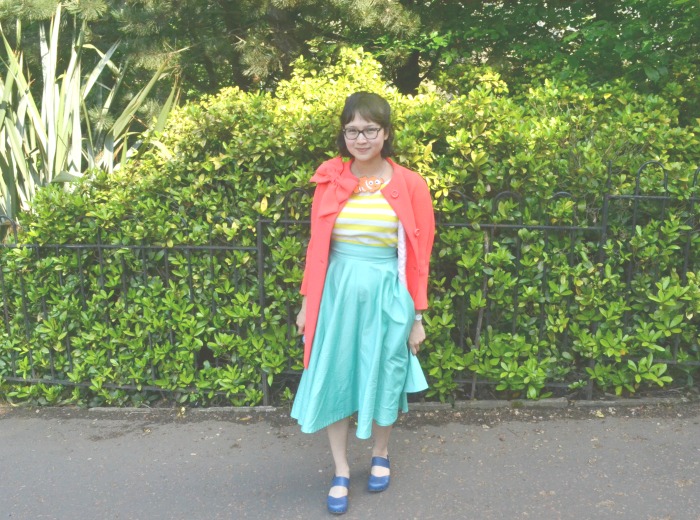 It was already looking to be a day for recalling childhood excitement. In my hands I had tickets to the UK Premiere of Finding Dory, and around my neck I wore a DIY Nemo necklace. Now I’m wary of calling Pixar films “for children” because their BRILLIANT stories can be enjoyed by everyone, but “Finding Nemo” came out in 2003, when we had only 5 Harry Potter books [because yes, that’s how I know years], so I couldn’t help but feel nostalgic. 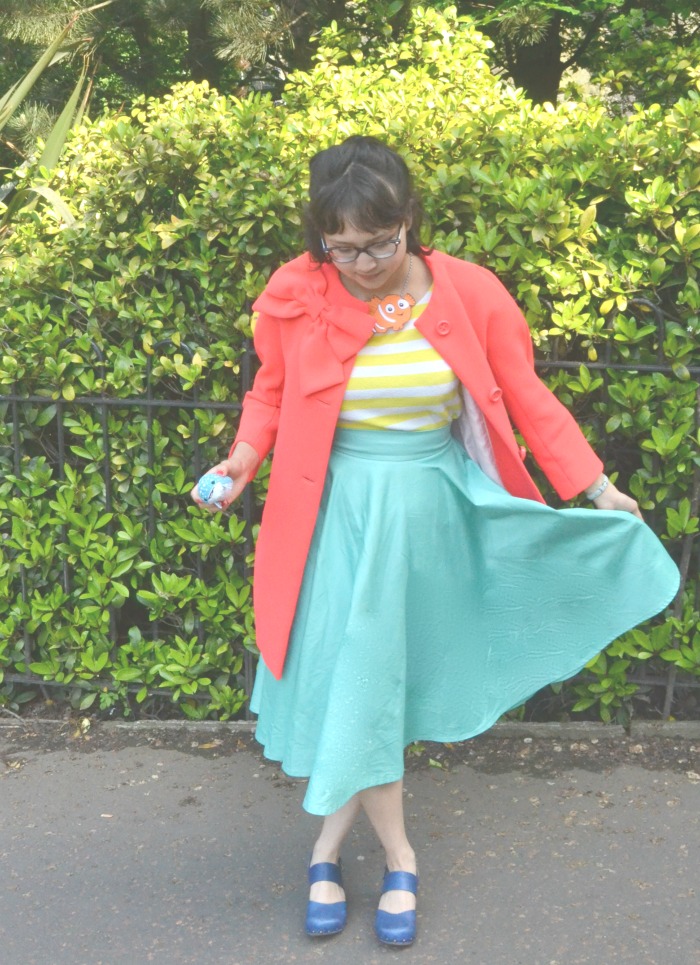 On the way to the matinée, I get invited to a free circus going on at Grassmarket! That is the beautiful thing about Edinburgh – dubbed “the festival city”, pop up performances are by no means strange. 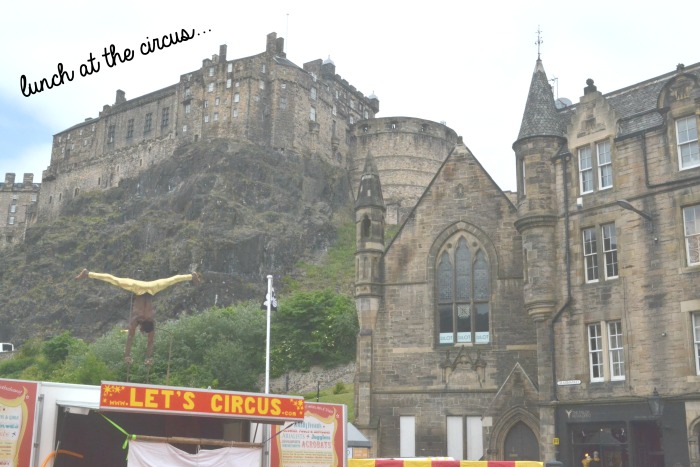 Some attendees (namely families) had clearly made a day out of this event, indulging in the themed cart of circus snacks and donning princess tutus [which by the way, is a trend I am totally behind]. Others seemed to be wandering upon the event, maybe en route to the weekend market (or Finding Dory) and deciding to stick around.

lesson 1: be up for adventure

It made me think of a TEDx talk I saw recently, about handling stress by simply being up for a spontaneous adventure. As a huge proponent of Passion Planning and Pomodoro timers, Zach’s talk is a great reminder to me to allow some time for surprises.

The point is, we were all there together, having fun. While circus is quite a silly, slapstick spectacle, the physicality behind it is majorly impressive. I love the word “play”, and how it captures what we do as performers, ultimately, but it does gloss over all the hard work involved, because as much as circus acts portray spontaneity, there’s gotta be so much diligent effort and practice and failures behind the incredible show before your eyes. 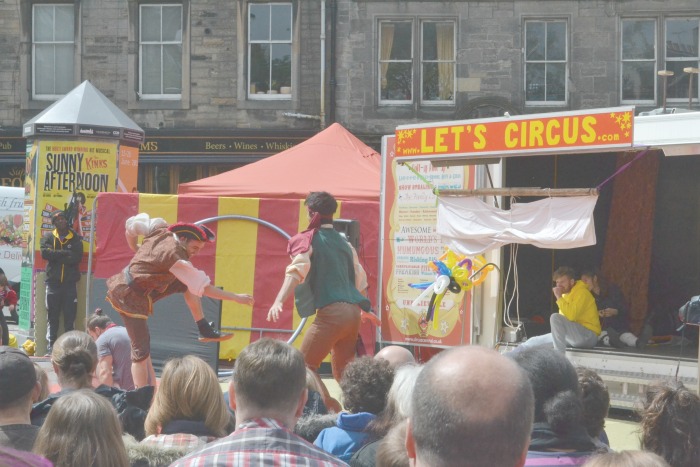 This behind the scenes appreciation extends to moviegoing, when I always watch the credits to a. see if there’s an extra scene at the end obviously and b. marvel at names all the THOUSANDS of people who made the film possible. I am so passionate about Pixar in particular, having read Ed Catmull’s Creativity, Inc. on how the company’s values for teamwork, ideas, and openness create excellent storytelling.

lesson 3: dress for the occasion

It’s become a tradition of mine to honour exciting new films by dressing for the occasion. I knew this ocean-set film would require my new blue circle skirt, and my Nemo-coloured coat was a must as well. Unlike my R2D2 and Captain America fascinators, there wasn’t an obvious choice for this film, so I started by making a paper Nemo. I tried free-handing a sketch of Nemo, but it was terrible, so I dug deep in my brain to the many half hours of Animation Academy drawing and the methods actually worked.

When I had my Nemo all cut out, I had my fish-in-bags-at-the-end-of-the-Finding-Nemo-credits moment: “Now what?”

Can’t go wrong with a necklace, so that’s where my Nemo ended up. Destiny the tsumtsum and I were ready for the cinema! 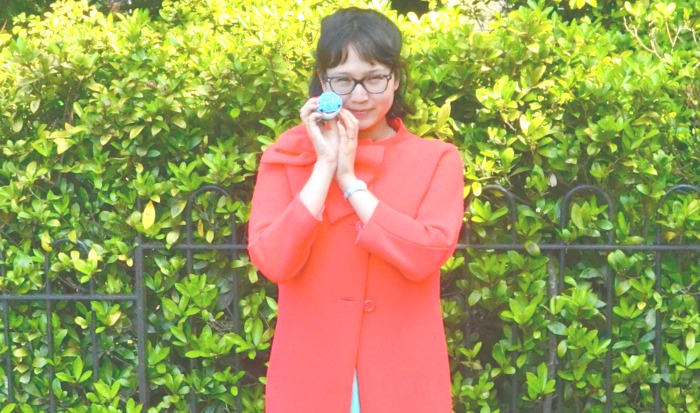 And when we took our seats? I happened to be next to a girl, around the age I was when I saw the original Finding Nemo with a DIY Dory hairband. High. Fives. All around. 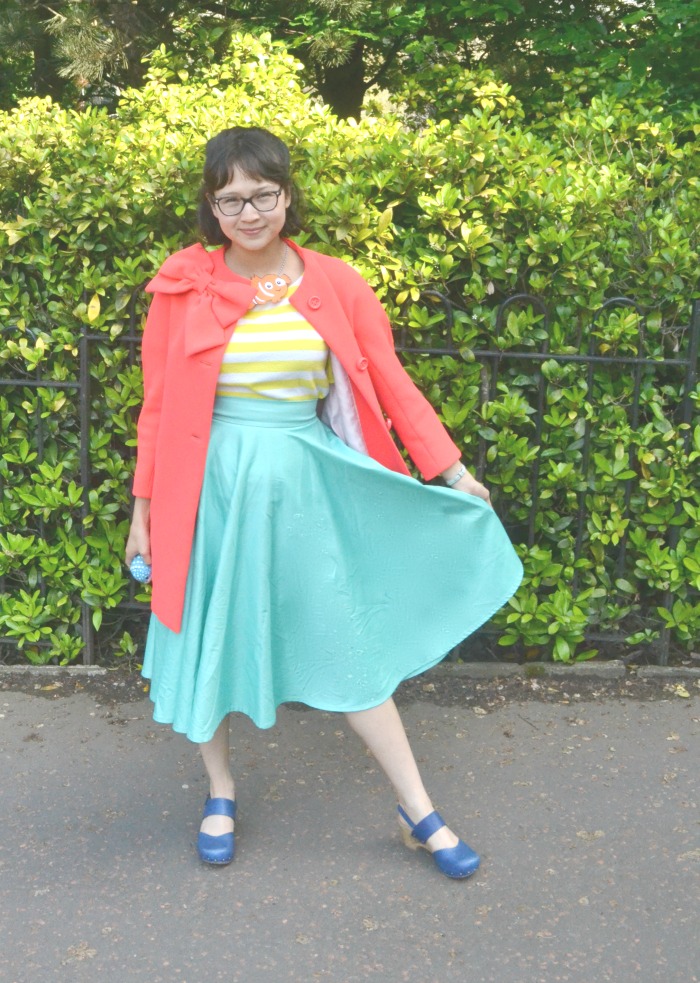 P.S. more DIY Disney: what I wore to see The Jungle Book

It was one of my more brilliant ideas, and between you and me, that’s saying something. One of my favourite exercises is sitting down with a pen and a blank page and scribbling down my ideal lifestyle. I start with a day and expand to a week, jotting down lists of things I want to learn and do. In a stroke […]

Every year for my Birthday List, I promise myself to visit a new country, and this month I finally got to explore Italy! All of the pasta + gelato + a viewing of The Last Supper made it quite the food-related adventure. While it was nice to soak in some summer sun, there’s nothing like coming home to my […]