London’s Hampstead / Fit for a Heroine 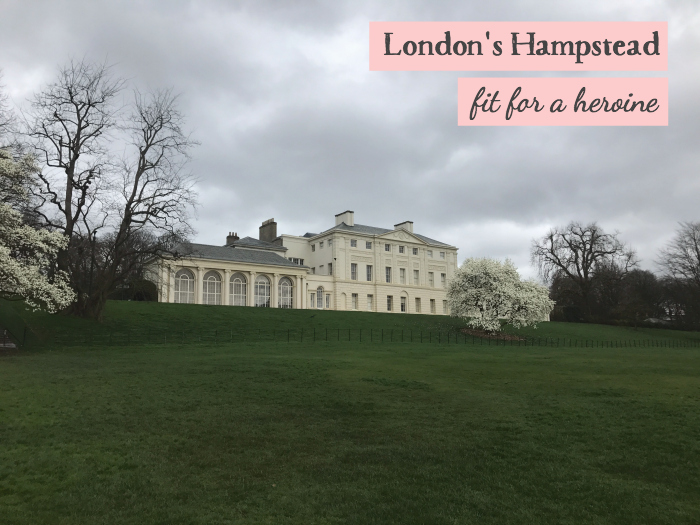 Welcome heroines, to the charming village of Hampstead in North London.

Here we venture to an area of London famous for its artistic and literary heritage. Start your tour on a Sunday late morning; for I think a heroine should be allowed a lie-in, an extra rest from all of her adventures!

I hope you have on some comfortable shoes, because Hampstead is a place for walking. There are self-guided tours available, and some say that Hampstead has the highest number of blue plaques in the capital, as it has been home to so many notable people throughout history. 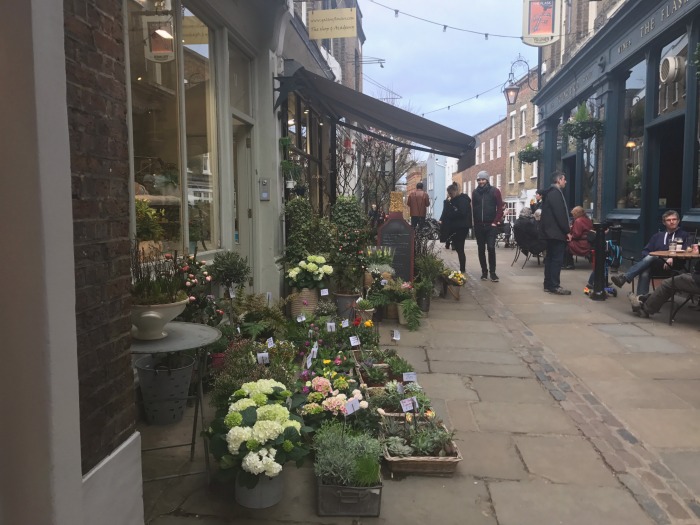 It’s tempting to take a seat here and watch the world go by, and you can see all manner of dog breeds pass, as their owners take them towards Hampstead Heath for ‘walkies’. It is also not uncommon to see the odd famous face here!

Begin at Melrose and Morgan grocery, which is a perfect if you plan on having a picnic later on the Heath. They stock fresh fruit and vegetables, and a delicious choice of artisan breads and cakes, as well as hot drinks to send you on your way if there’s a chill in the air. 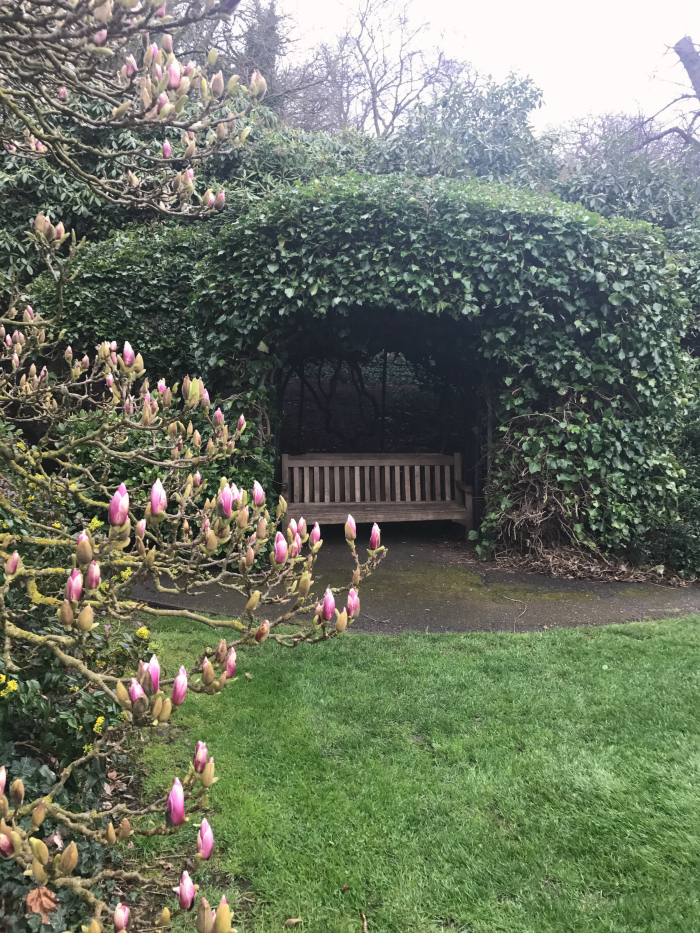 Our first port of call is Keats’ House and the Keats Community Library.

It’s here where John Keats wrote many of his romantic poems, and fell in love with his neighbour Fanny Brawne. It’s said that he wrote his most famous poem, Ode to a Nightingale, under the plum tree in the garden.

The library often hosts talks by prominent authors as well as other events. Rather than being a council-owned public library, it is charity-run by passionate volunteers.

It is also a wonderful place to write, and given the many writers who have lived in Hampstead, I like to think I’m not the only writer who has crafted stories under this roof.

Continue on to Hampstead Heath…

While strolling through this vast park of natural beauty, it’s quite easy to forget you’re in the city at all. It covers 790 acres with rolling hills, lakes, swimming ponds and woodland.

Here is where Wilkie Collins’ gothic novel The Woman in White is set, and movies such Labyrinth were filmed here during the days when Jim Henson’s Creature Shop was based in Hampstead.

A walk up to Parliament Hill is rewarded by a sprawling vista of London’s skyline, and on a clear day, it is easy to spot the capital’s famous landmarks. 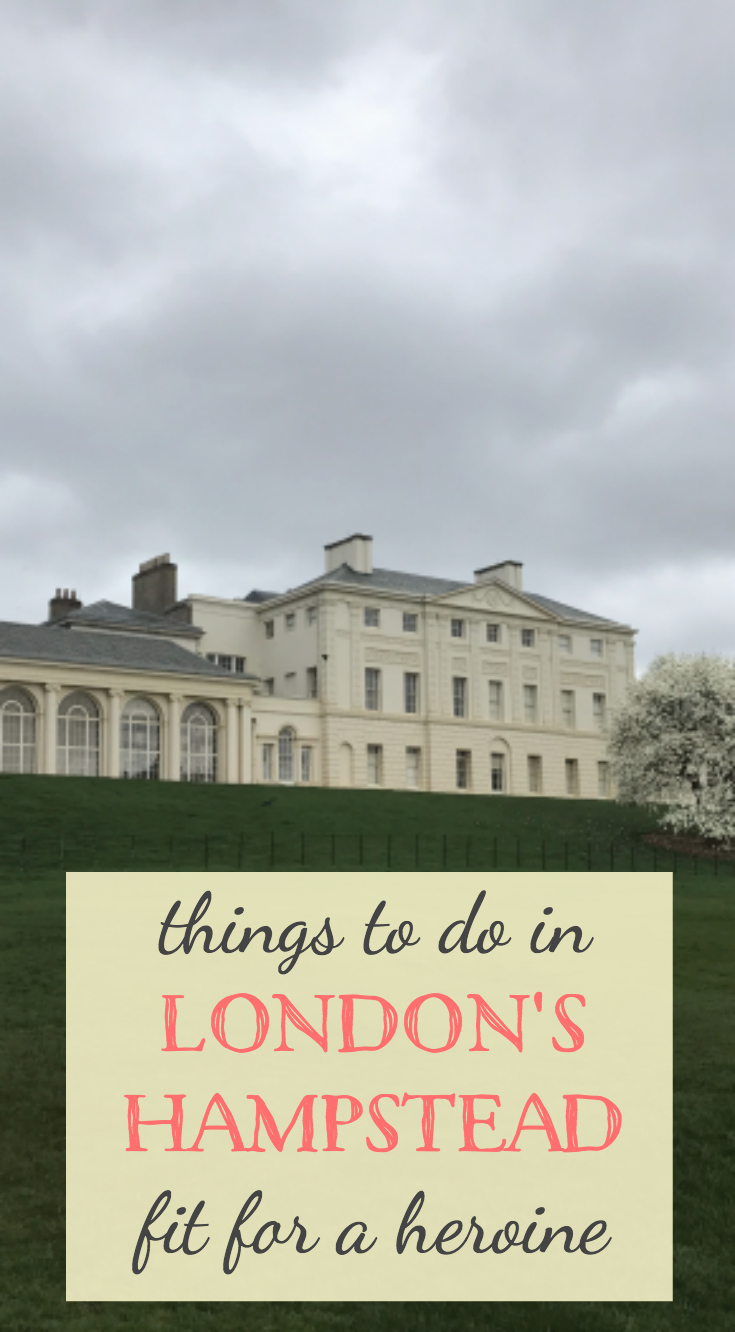 Walk through ancient woodland, rich with wildlife to reach Kenwood House, which was featured in the film Notting Hill, and was a setting in the recent period film Belle. It also made an appearance in Zadie Smith’s novel, Swing Time.

There are lovely gardens, which in spring are bursting with colour from the various blossom trees, and the air is scented with honeysuckle. The house overlooks a lake and a folly bridge, and is the ideal spot to lay down your picnic blanket, sit back and read for a while or daydream.

In the summer months, open-air concerts and craft fairs are common features in the grounds. 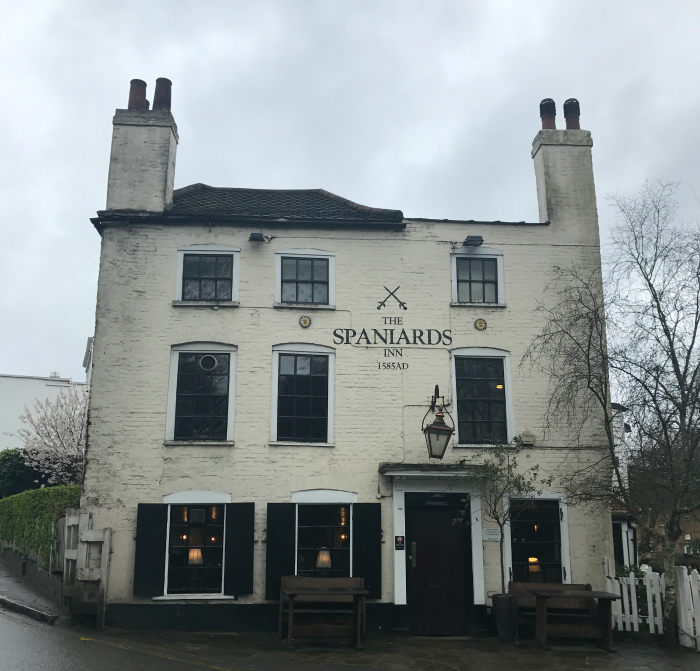 From here we will leave the Heath and walk down to The Spaniards Inn.

A spot of lunch here would satisfy any lover of history, as the pub dates back to the late 16th century and was once a haunt of the highwayman, Dick Turpin.

The pub also has a rich literary history, having featured in the famous Gothic novel Dracula, by Bram Stoker and in Charles Dickens’ The Pickwick Papers. Poets such as Lord Byron and John Keats were also regulars here.

The food here is delicious and there are veggie options available. This cosy pub this the perfect place to relax after all that walking! 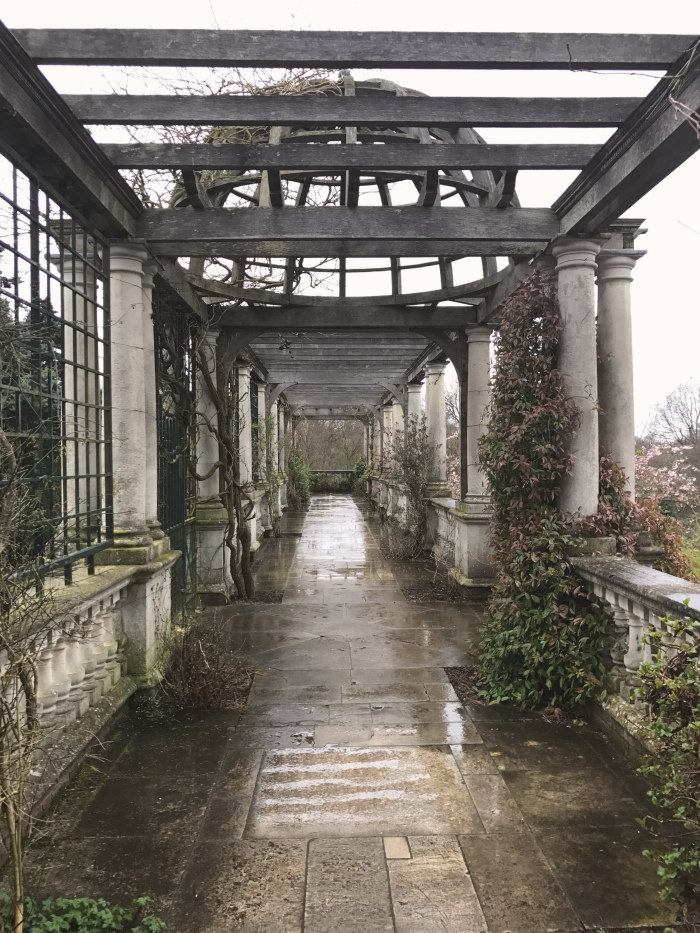 A short amble away is the Hampstead Pergola and Hill Gardens.

This enchanting place is tucked away and is a real hidden gem. It dates from 1904 and is filled with twisting vines and wisteria.

To walk here is to feel lost in time, and the faded grandeur of the place certainly makes it atmospheric.

When I wander here, and perhaps take a seat to read or write, I can easily see myself as a Gothic heroine, haunted by my own imagination and by the lonely splendour of this pergola. 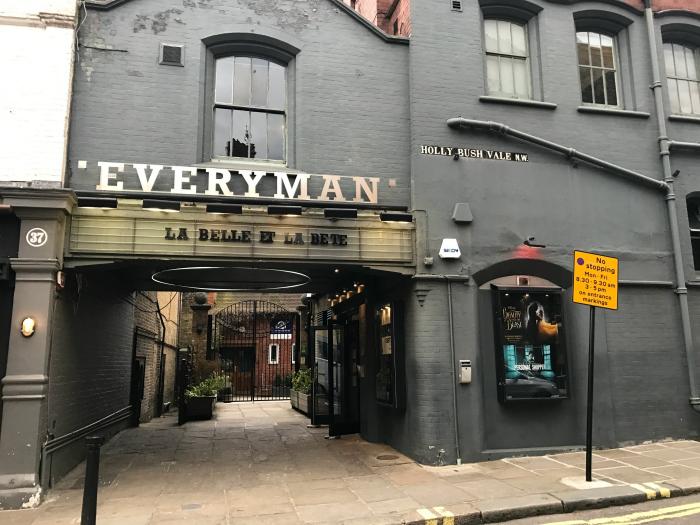 Our final stop is at the Hampstead Everyman Cinema, which shows new releases as well as independent films, world cinema, and classics. Sit on a cosy sofa to enjoy the film, and press the button at your side to order a glass of wine, pizza, snacks, or a dessert.

They often host events such as preview screenings and Live Q&As with film makers and stars. This is luxurious escapism at its best. 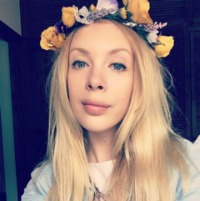 Heather Blanchard is a witchy author, writer, and bibliophile. Her debut novel Dark is the Sea is out now and she is currently working on her second book. She blogs at www.inkcoffeeandgolddust.com about magic, fairy tales, Gothic, and pop culture.

Is your hometown the perfect fit for a heroine? I’m always looking for fabulous locals to contribute to this Fit for a Heroine travel guide series. If you’re interested in writing for Heroine Training, read the guidelines and get in touch.

Not a newsflash: Multitasking is bad for you.  You know this, I know this, and yet…I can’t help myself.  New episode of The Amazing Race? Bring on the snacks.  Walking somewhere? Earphones in, automatically.  I’ve decided it’s time to train my brain to focus, be patient, and do one thing at a time.  Instead of […]

3 Things to Do Instead of Multitasking

When you need support from your friends, here’s what to expect based on their Hogwarts house. Whether it’s a big passion project, or figuring out a personal funk, it’s useful to know what kind of support you need. Do you want advice or support? Once you’re clear, consider your friends’ Hogwarts houses when seeking it. […]

How Your Friends Can Help You, Based on Their Hogwarts Houses