Magic in a Snow White Sippy Cup: the Art of the Mini Adventure 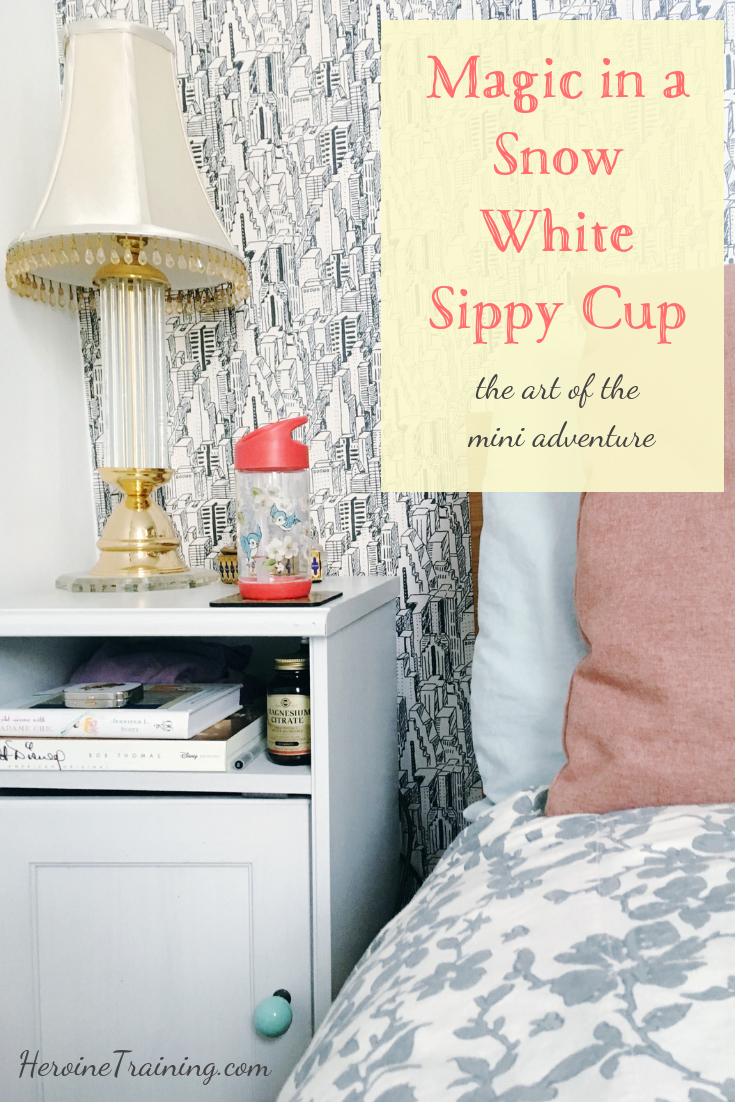 I spilled water all over myself while reading in bed. Again.

Steve called for an intervention.

‘I switched from having a cup of water on the bedside table to a water bottle, and now I don’t spill it. You keep spilling water on yourself too, so I think you should get a water bottle.’

Let’s back up again. One month ago, I was launching Everyday Wonderland, my new programme for living like a heroine and making your life a little bit lovelier.

One of the Four Stages of being a heroine is to observe how themes show up in our lives.

In Everyday Wonderland, we practice this by following a monthly theme. The theme for September was Beginnings.

On the 20th of September I launched Everyday Wonderland, and it my first time running Heroine Training 101.

It was also the Beginning of Cath Kidston’s Snow White Collection.

That day, I woke up stressed and cranky.

‘No!,’ Steve intervened again, ‘You must go to the Snow White breakfast. It’s very important to you.’

And so, I loaded my iPod with the Snow White soundtrack, and Heigh-Ho marched my way over.

I spent only a few minutes in the shop, but it was all I needed. I brought home one souvenir from the Mini Adventure: a Snow White sippy cup.

I hesitated before picking it up.

Are adults allowed to own sippy cups?! I decided that I didn’t care.

Steve insisted that I go to Snow White breakfast, and that I get a water bottle for my bedside table. This ticked both boxes.

Steve was right – it’s much nicer to have a water bottle. I never spill my sippy cup, and it’s so much easier to well, sip from!

‘Thank you Steve!’, I keep saying. ‘You were so right about the sippy cup! Thank you for encouraging me to get one.’

‘Um…was this my idea? I don’t think I said sippy cup, exactly…’ 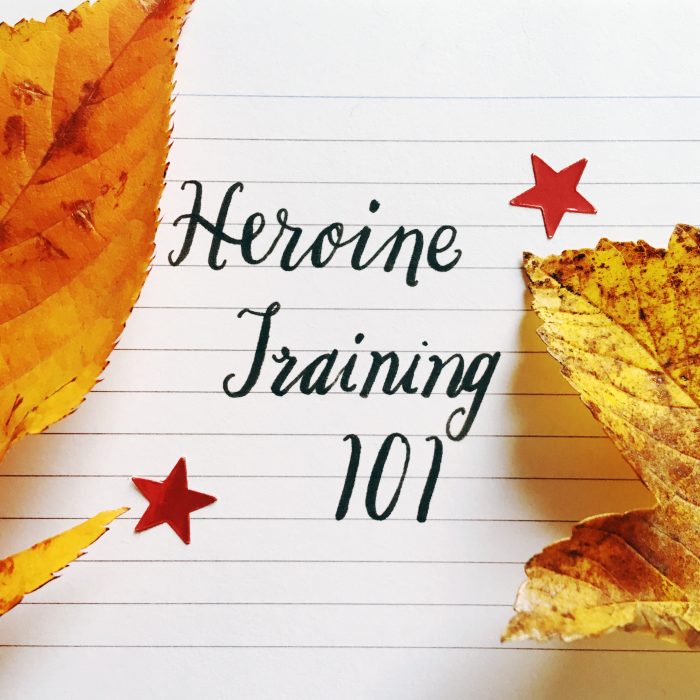 On this morning, I practiced the Four Stages of the Heroine’s Journey to get to my Everyday Wonderland:

To learn about the Four Stages, catch the replay of Heroine Training 101 here.

What’s Your Favorite Part? Episode 5 is here! Junie and I discuss Happy Death Day – something a bit spookier in time for Halloween. You can listen to Episode 5 and subscribe here: HAPPY DEATH DAY DISCUSSION QUESTIONS 1. What was your school mascot, and was it as creepy as the Bayfield baby? 2. Have you ever […]

No introduction needed. Let’s get straight to the cosiness: 1 ☕️ TEA. Clutching a cuppa with frozen fingers. 2 🧦 SOCKS. One can never have enough socks. 3 🙆🏻‍♀️ LYING ON THE RUG. And other activities inspired by my dog. 4 🕯 FAIRY LIGHTS & CANDLES. Dim the lights, narrow your focus to what’s in […]