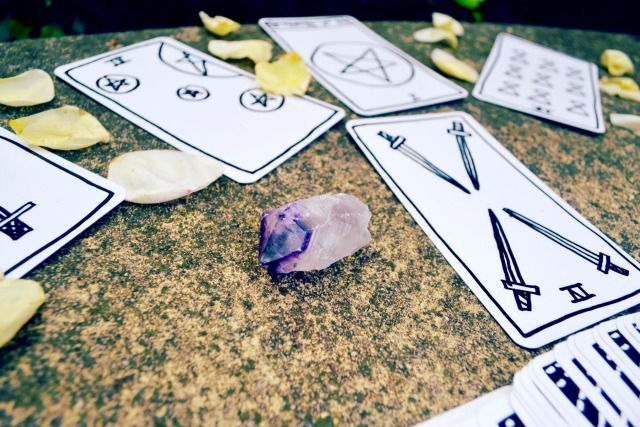 Midsummer brought me magic just when I needed it, both last year and the year before. So of course, “celebrate Midsummer” became a goal on this year’s birthday list.

I happened to be in London for the launch of Caroline’s newest project, The Girl with the Sunshine Tattoo [warning: addictive], so for Midsummer Sunday, Sarah Starrs and I met for a Diner lunch and crystal shopping before performing a summer solstice ritual in a secret garden, which happens to be called the Phoenix Garden (!). 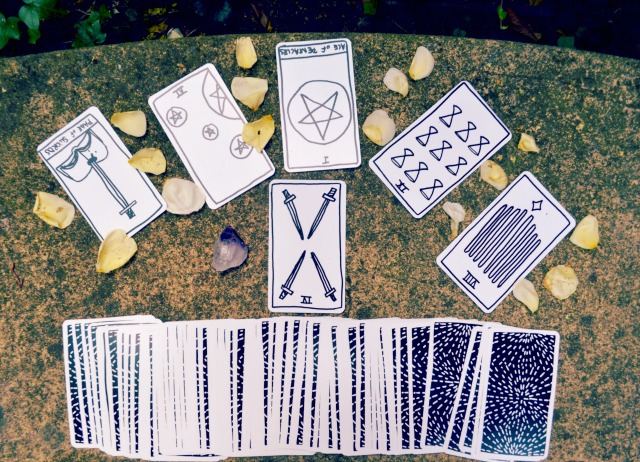 We found little benches for laying out the summer solstice tarot spreads we found on LouiseAndrolia.com, studied our results, and decorated with flowers and petals from the garden. Funny how we both got messages we needed to hear at that moment.

The ritual concluded with writing wishes on gold paper, a little tradition I learnt from Paige last year and since we had no matches, we buried them.

Honour a day that is special to you and your geekiness by setting aside time to acknowledge it. Here are some ideas…let’s add to the list in the comments below!

P.S. Are you following me on Instagram? I documented my Midsummer ritual in real time!

The question I get asked all the time… When people ask me how many times I’ve read the Harry Potter books [for some reason, I get this question a lot], I honestly have no idea, because rather than a number of cycles, they were the soundtrack of my life. Jim Dale read me to sleep. […]

How did you spend your free time as a child?

Did you ever take those “which Disney princess are you?” or “which Lord of the Rings character are you?” quizzes, where you’d be given HTML code to paste your result on your myspace or whatever? Or maybe more recently you’ve tried Buzzfeed’s “which Rory Gilmore are you?” quiz. Basically, if you, like I, enjoy a […]

3 Personality Tests that are Fun AND Useful