You Need a Day Off 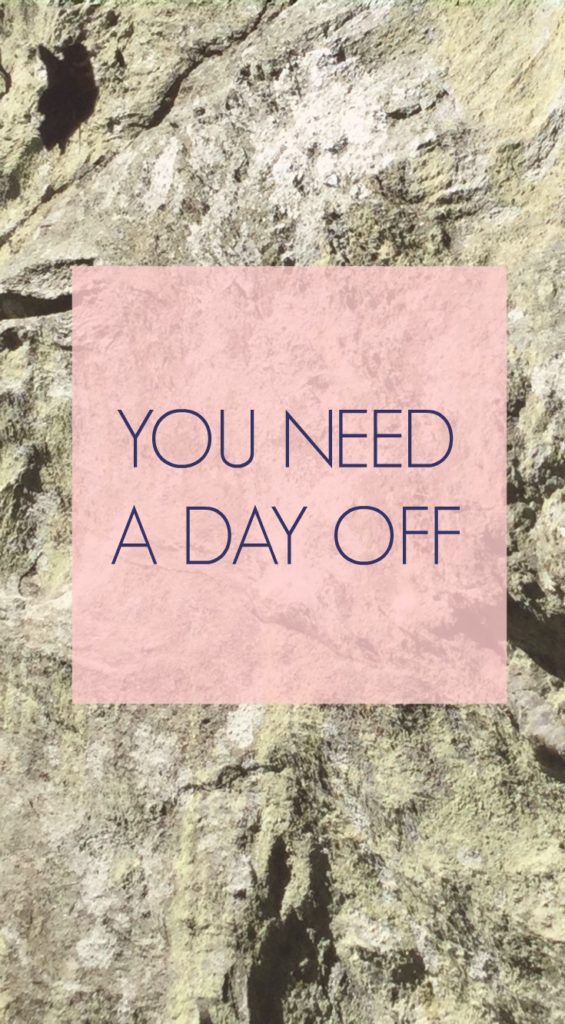 It was Hermione’s birthday this week.

When I first read Harry Potter, I thought oh my god I am at home. There was the castle, and Diagon Alley, and everything, but for me, home was also a person: Hermione.

I’d never met a girl, in whatever world, who I could relate to more. I loved to do my homework, start clubs, raise my hand, and boss my friends around. She also encouraged me to take on impossible course loads, to start projects when it was clear no one else was going to start for me, and to say “honestly” a lot.

And you know what Hermione got Harry and Ron for Christmas in their sixth year? PLANNERS. #WeAreTheSame.

If I could floo powder myself into the Gryffindor common room during Hermione’s Hogwarts years, though, I would have a piece of advice for her. We saw her battling Arithmancy homework when everyone else was celebrating, we saw her bag exploding from carrying around too many textbooks – we saw her totally stressing out. And who can blame her?

Just a day, even. Get out of the castle, and take a day off. Spend a morning reading in The Three Broomsticks and and an afternoon browsing for quills. Take a walk in the Hogwarts grounds with Crookshanks, have tea with Hagrid. Put the Dumbledore’s Army agenda and Potions essays aside for just one day and do something to recharge.

I KNOW YOU DON’T HAVE TIME TO TAKE A BREAK. I heard you. But I also saw you fall asleep in that squashy armchair in the common room, and I think that counts as a break. Just not a very fun one.

If I can do it, Hermione, so can you.

When I was at Oxford, I did a radical thing.

An Oxford degree is a marathon, but each term is a sprint. As an undergraduate Englishist, my time consisted of 1-2 hours of tutorials, and the rest of that time to go to optional (but encouraged…) lectures, and read and write a lot. Each term lasted only 8 weeks, and while most students got through on caffeine I took a different route:

I took a day off every week.

Maybe it’s the American in me, wanting to get the most out of My Experience Abroad. I would hop on the coach to London for the day and wander around, sometimes with a friend, often by myself [because to most, such an excursion during term time is absurd].

But when I joined the mountaineering club in my second year, I realised that I was not alone. That there was a whole club full of people [including Monkey] who drove several hours in the direction of mountains and spent the day – or even the weekend! – climbing.

I worried that committing to these trips would impair my work. But actually, they did the opposite, for a few reasons: 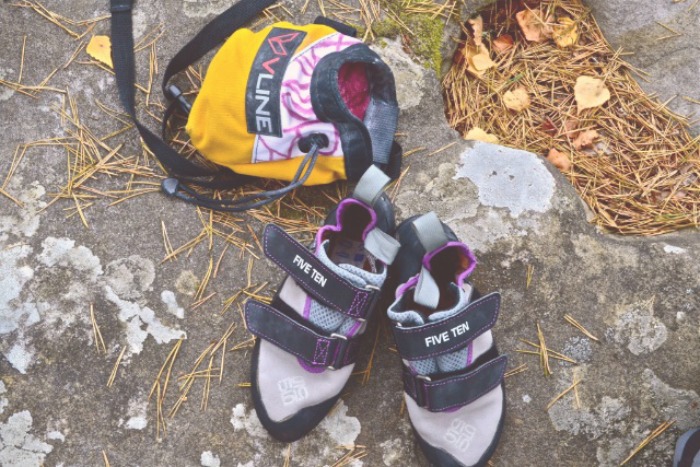 When I only had 1-2 deadlines a week, it was good to have a midway point in place as well. I had to work up to a certain point before going away, or I would be stressed all weekend and that’s no fun.

I got excellent exercise.

Whether I was rock climbing or walking through London [or running across Hyde Park chasing down the bus], my body got to stretch out and recover from sitting in the library all week.

My brain got a well-deserved break to calm down.

Climbing takes up all of my brain’s capacity. When I’m dangling off a cliff, desperate to find a hold, my brain tends to focus on the puzzle at hand. It is meditation brought upon by urgency. Plus, I learn valuable lessons that can be applied to my work [+ there is a whole section in my book about this].

London, on the other hand, is cultural candy. I would spend the day taking in the sights, browsing galleries and weird Shoreditch shops, often concluding the evening at a West End play. Dedicating a day to appreciating art reminded me why I was doing an arts degree in the first place. Introducing my mind to new ideas put the academic ones I was working on into context. Often a theme I picked up during my Day Off would weave its way into my next essay.

[The effects of this are similar to Julia Cameron’s Artist’s Date].

Taking time off work made me miss my work.

On the ride home to Oxford, I started to get excited about getting back into my work routine the next day. Sometimes I craved it, sometimes I was just ready. But somehow I’d manage to shake off any degree of dread.

If you’re working at full speed, you WILL crash and burn at some point. I know many people at uni who also took a day off, but due to a hangover. Whatever reason comes up, your body will force you to take a break at some point, so you might as well choose how you spend it. 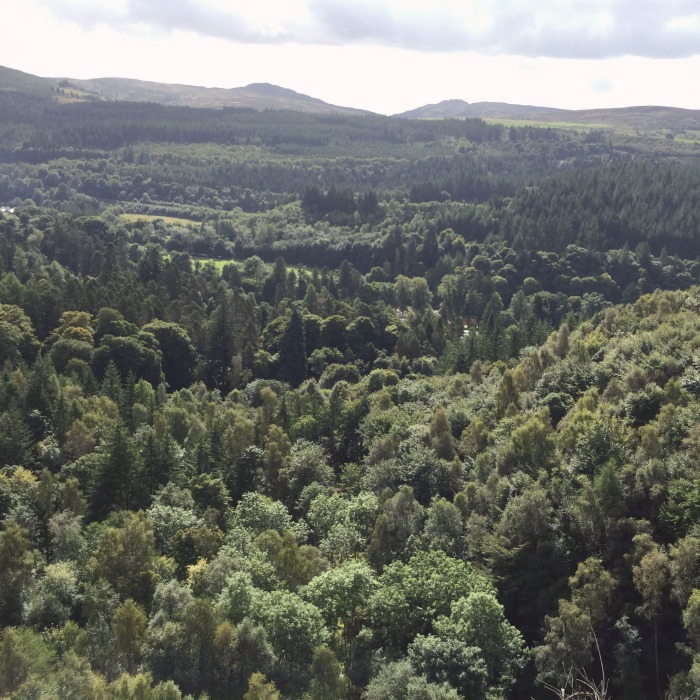 Taking a day off is not just for students.

I recently decided to take my own advice in my post-university life. Because I love my work, and writing articles like this one, sometimes it can be hard to stop. But I’m much better for it when I do!

Between the Fringe Festival craziness and Monkey’s outdoor excursions of his own, we had limited windows of free time to spend together, so we set a Saturday aside. We drove to Dunkeld, where we climbed in the morning and went for a walk in the afternoon before driving home to the Goblet of Fire audiobook in time for dinner, and I realised: we need to do this more often.

It’s so easy to collapse at the weekend and do nothing, or work straight through til Monday, then collapse involuntarily from overwork. Get out of the city, or to a different part of your city, for a more mindful vacation. 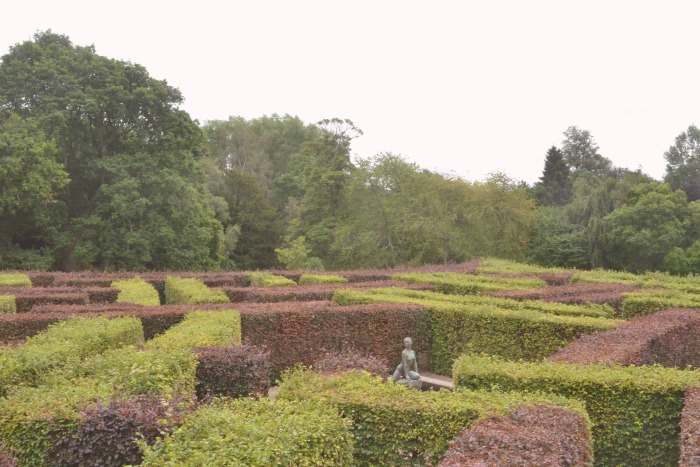 I need a day away from my desk to remind me that my work is not all about scheduling social media and sending Important Emails [as much as oh my god I love that stuff]. I founded Heroine Training as a digital retreat into fictional worlds as our own, and to preserve that magic, I need to go out and live it myself.

For a while I’ve been thinking that “I should host a retreat” because that is simply what is done. But going to Scone Palace for an afternoon got me visualising what that could be: a castle-side retreat, with available activities between sessions like navigating hedge mazes and reading in the gardens. You can’t dream that stuff up from your desk, at least not as vividly. [It’s gonna happen now; I’m sure.]

Give yourself time to get bored.

We are addicted to doing things. Sitting still for even a minute can seem excruciating. One thing I love about going on walks with Monkey is the conversations that are drawn out of us due to boredom. We talk about the books we’re reading and the ideas they’re giving us. We talk in depth about our work projects. And usually, we end up dusting off old stories from our childhoods, often surrounding nostalgia for computer games.

Get off autopilot and scare your mind a bit. That’s how it grows. 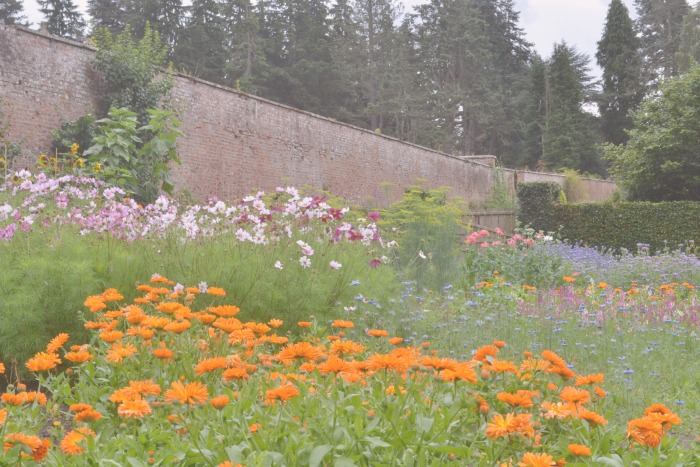 Here’s how to get started:

Do a tiny bit of work in the morning.

At Oxford, this meant taking one short article with me on the journey. Not an entire bag of books. I would get it done in about half an hour, and then feel accomplished for the day.

These days I let myself work on a project for a bit while Monkey codes his game. Then we power off the computers and get outside.

Leave the rest of your work behind.

This is your physical break from work, as well as a mental one, so lugging around the work you’re taking a break from is counterproductive.

Whether it’s an urban or rural retreat, give yourself a new setting to stimulate your senses and spark new ideas. Shake up your routine.

But don’t completely abandon your routine.

Remember to eat! Sometimes when we go on a road trip, we stay out til the sun goes down and get really cranky on the way home. I prefer to allow time to cook dinner at home, or make a reservation at a gastropub we’ve been meaning to try. 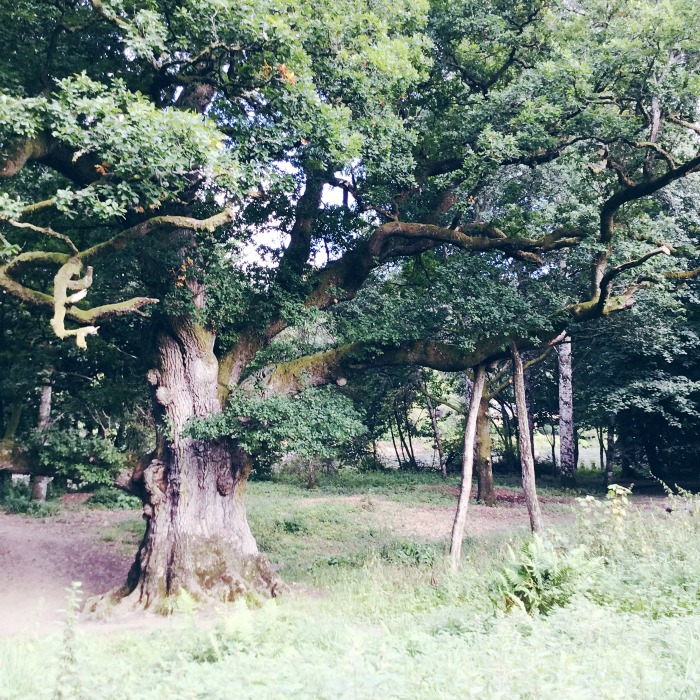 You will be rewarded for your adventuring.

On Dunkeld Day, the plan was to do one of the walks in my guidebook. We had picked one out, based on location and time. When we got there, that path was closed, so we had to improvise and go for a different walk instead. This one happened to lead us through Birnam Wood, which – Isn’t that the place from Macbeth??

So without even intending, we had stumbled upon the last remaining Birnam Oak, which yes, is part of the final prophecy in Macbeth. Which I didn’t even know was a real thing. !!! When you’re as crazy for Shakespeare [and Sleep No More] as I am, this is the ultimate treat.

It’s the kind of thing I would have forced Monkey into making a road trip out of, but here it was, randomly in front of us [because Scotland is freaking MAGIC]. Imagine if we had stayed in, on our computers, venturing no further than the same farmer’s market we attend every weekend? We never would have known about the Macbeth tree.

Now that I’ve recommitted to adventure, I actually look forward to my weekend off. I know. Crazy.

Where will your weekend take you?

P.S. Navigating a hedge maze was one of the tasks on my Birthday List [YES. done!]. Here’s how to write your own annual list of adventures.

Let the Planner Wars begin! You guys. Nothing quite excites me like talking organisational strategies. After lots of posts about how I use my Passion Planner, I thought I’d extend the conversation to other systems. My new video series, Planner Wars, is here for you to learn more about other planners and the inspiring individuals who have chosen […]

Spring Awakening and Harry Potter have much in common to begin with: rebellious teens, school uniforms, knee socks. If you’re especially familiar with the lyrics, you might even recall the line “You just can’t call your soul your own”. Now of course, when I, Potter fan that I am, heard that line, a song had […]