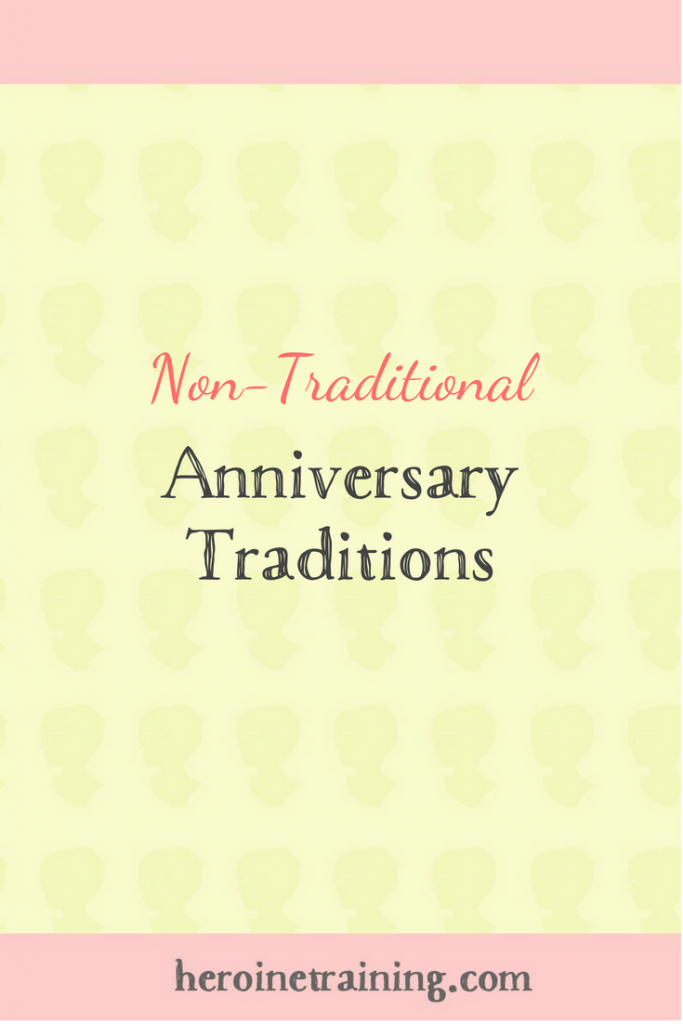 Writing our own traditions

I do love a celebration. I adore a tradition. When Steve and my first wedding anniversary approached, therefore, I took the ‘paper’ tradition very seriously.

We took ‘cotton’ seriously too, and got a little frustrated with having to stick to the prompt. And so we’ve scrapped ‘leather’, preferring to continue our own tradition – one that we’re super excited about.

For our first anniversary we took a road trip to the Isle of Skye. We bought each other presents around the traditional theme: I gave Steve a Q&A Journal that we still write in every morning at breakfast. He bought me a Highland Title, so technically I am an official Lady of Glencoe [I can actually have my name legally changed to Lady Alexandra Robinson-Burns. If I want. One day.].

Frankly, we did such a good job with this anniversary, we can’t really top it. Sure enough, when our Cotton Anniversary rolled around we decided to team up, and buy some nice tea towels for our kitchen.

We looked around for ages, finally settling on some that were ‘good enough’ around June, deciding that was the deadline for our May anniversary gift. Of course, since then, we keep finding really cute tea towels we wish we had instead.

We nest all the time anyway, and don’t need to be confined to the arbitrary rules of what material we should be buying next. What we really need right now are jars for our kitchen, and I’m not keen on leather jars.

We have finally come to terms with the fact that for us, exchanging cards and presents doesn’t feel special. It’s actually a bit stressful! So we decided to stop the agony. 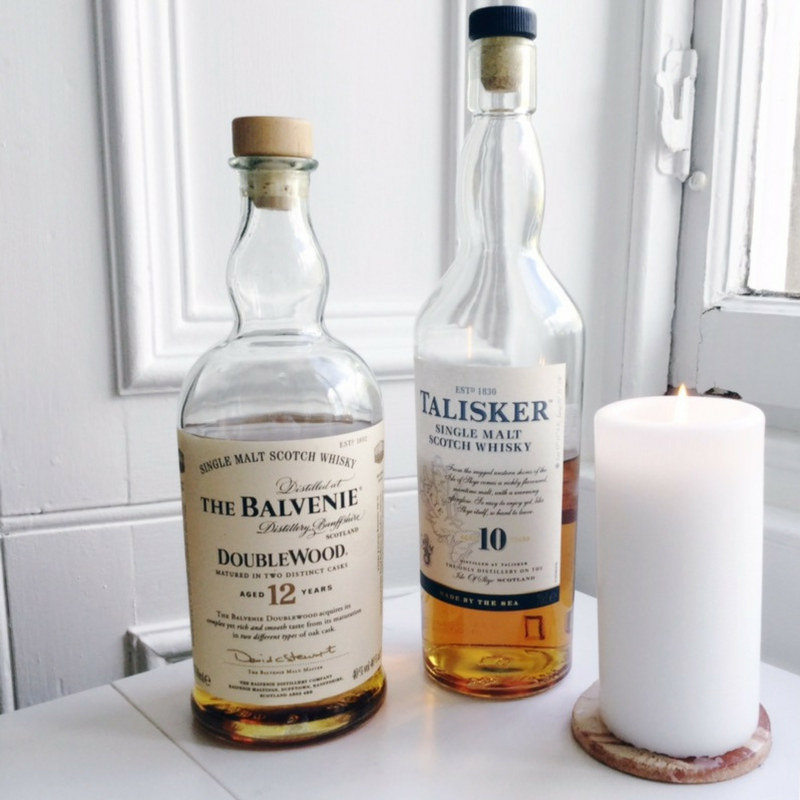 On that trip to Skye, we toured the Talisker distillery, and brought home the first bottle in our whisky collection. Our new tradition is to have as many bottles of whisky in our collection as years we have been married.

We both love whisky, and especially while we’re living in Scotland, we enjoy sampling different single malts and identifying our collective favourites. Right now we have a Talisker 10-year and a Balvenie Doublewood 12-year, and have been discussing the perfect third bottle to add. A Jura or Laphroaig perhaps?

Whisky is our signature drink, that we always have available to serve guests. We also pour ourselves glasses at our monthly budget meetings, to make this stressful occasion more of a treat, and a celebration. We cheers to celebrate budget wins, such as completing a savings project or having money leftover from a trip.

We have purchased the past couple of bottles with the Waitrose vouchers we earn from our Partnership credit card – cheers to that!

Call everything a celebration.

Around the time of our anniversary, everything is ‘an anniversary celebration’. Or anniversary trip to Disneyland last year (which was really a ‘while we’re in California for Sister’s graduation’ trip. Shh…). Our anniversary tickets to see Wicked at the Playhouse (because that’s when it’s in town). When I arrive home from London on the train, Steve is cooking me ‘an anniversary dinner’.  Why. Not. 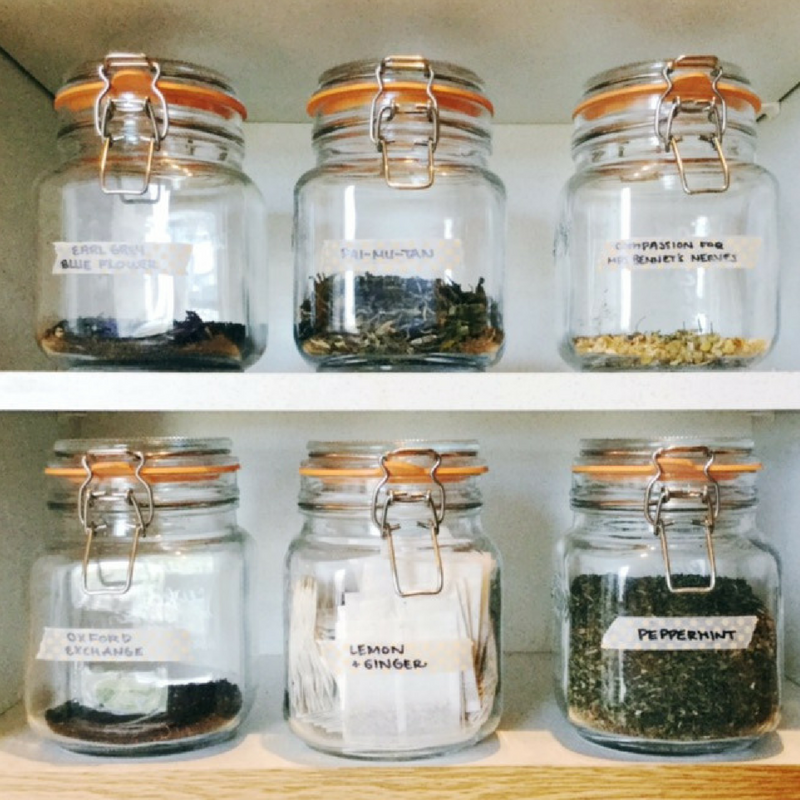 We now have as many Tea Jars as years we have been together. When I’m shopping I’m like, eh, we deserve more tea, what’s another box. But it becomes clutter. Now it’s about choosing our six special teas.

We have a handwritten menu of teas available, because one day I decided it was easier than reciting all the types when we have guests over. 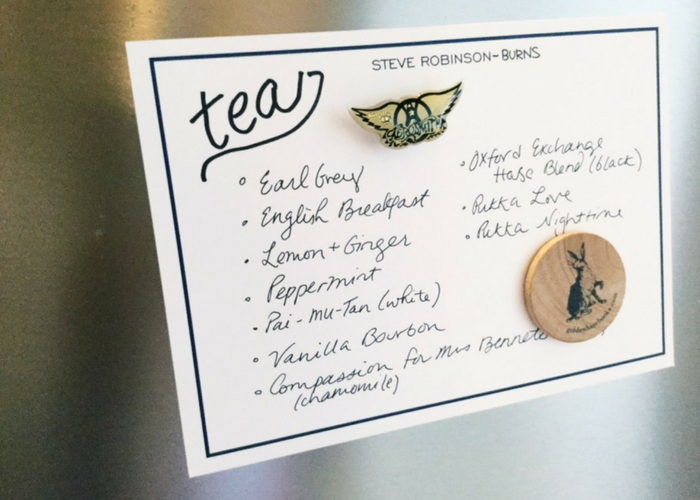 ‘One day that’ll be a LOT of whisky!’

I love celebrating the significance of the number of years we have been together in a way that is very us.

The number grows. What happens when we are together for so long that we need a tea room and a whisky cellar? Well that’s a problem I’ll be happy to face.

Do you have any non-traditional traditions? I’d love to hear about them!

P.S. Wedding Advice (I wish someone told me)

P.P.S. This week registration closes for the Rebel Heroine Retreat. Will I see you there?

I remember the day I learned that everything is personal. I remember sitting down with my dissertation supervisor to explain my thesis.  ‘What have you chosen to write about?’ He asked. ‘Well, it’s a bit personal…’ I started. ‘All academic papers are personal,’ he answered.  Huh, thought I. I was writing about the healing power of […]

Six years after Gossip Girl ended, I’ve yet to find a show quite like it. If Gossip Girl could play on repeat as the background soundtrack to my life, I would be content (and sometimes I do precisely this). I wonder whether a single show could ever capture fabulous fashion, savvy sophistication, characters we love to […]

What to Watch After Gossip Girl: Replacement Suggestions for the Hopelessly Devoted