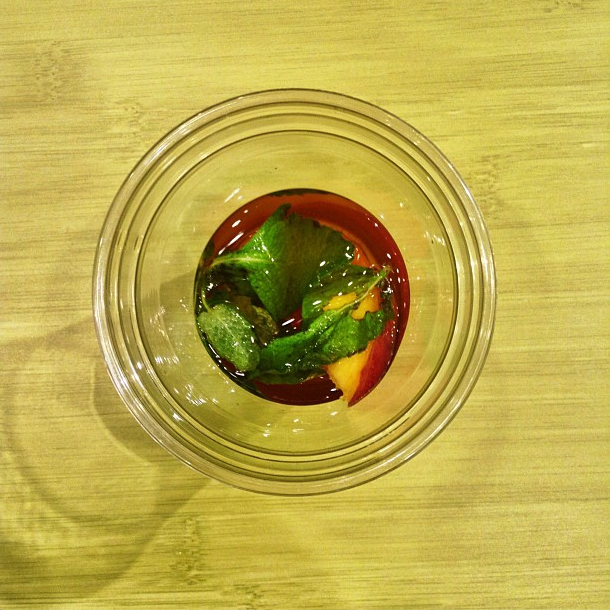 All this city walking’s been getting to me.

It’s silly isn’t it, that when I’m hiking in the mountains I carry litres of water on my back, but for an urban trek I often neglect to bring a single bottle.

Well that’s about to change!

After a fabulously healthy August, I’ll admit. My healthy habits have slipped.

So for October’s Tiny Tweak, I’m returning to the issue of healthy living – one sip at a time.

My hydration strategy is simple: drink when I’m thirsty. No counting cups or measuring ounces. Just be aware of the cravings, whether of thirst or hunger. Often when we’re “hungry” we’re actually thirsty. Sneaky!

My problem is being unprepared. Running out of water, and not doing anything about it. And that results in being out, being thirsty, and buying gelato because that feels more worth the three quid than bottled water

So my Tiny Tweak for October is:

Always have water on hand.

^ learning in progress. Listen to this: Brunch and Photography Workshop. When I heard that phrase, I went omigosh. When I tell friends that’s how I spent my Saturday, they go omigosh. It is actually as charming as it sounds. Michelle from MYCreative meets a small group of snappers for brunch [including, surprise! my friend Che], this time […]

Postcard From → Eat and Snap

^ Look! I found the Gryffindor unicorn! Yes, this is the Gryffindor Common Room set, on location at Leavesden Studios, home to the Harry Potter films, and to my belated birthday surprise. Having been to the Warner Brothers Studio Tour in Los Angeles and the Wizarding World at Universal Orlando, I wasn’t sure what more […]