Reader, You are a Part of Something 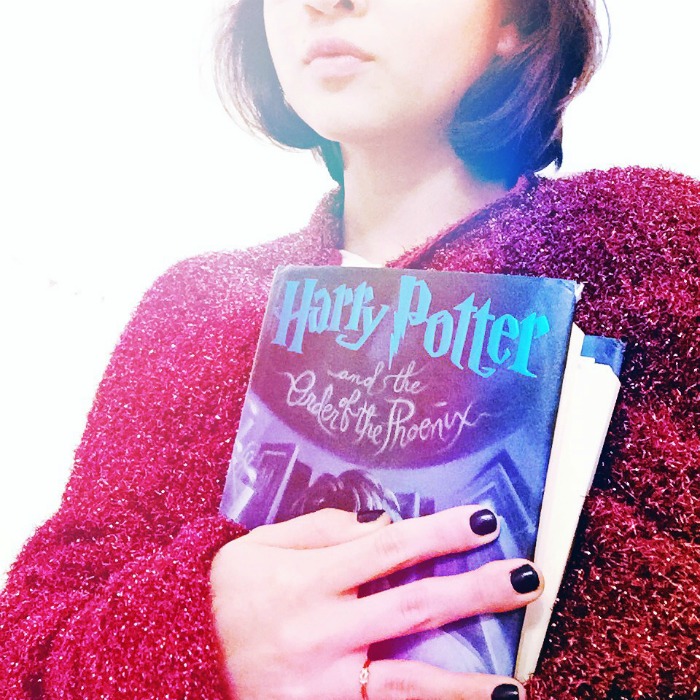 “Clever marketing, wannit? Now the Americans can feel like they’re a part of it too.”

This single British accented comment I overheard behind me at opening night of Fantastic Beasts and Where to Find Them stabbed me in the heart.

I wanted to get up and slap him, Prisoner of Azkaban Hermione style.

Then I thought maybe that would be an overreaction. But I was nonetheless hurt by his comment, and spent the evening figuring out why.

Here’s the thing, English chap. Harry Potter does not belong solely to Britain.

What Hogwarts represents is a safe place that collectively celebrates its students as different. It is a space where people who feel disconnected can feel like they belong.

We are introduced to Harry as a boy who was told by his guardians that he was different and unworthy. Through his Hogwarts letter he is told that he is different BUT worthy – cherished, even – and that there is a place that will celebrate his abnormality (more on this in my TEDx talk, “How Harry Potter Saved My Life”).

Both Voldemort and Grindelwald’s regimes are about preserving their exclusive dominance, through personal immortality and favouring pureblooded wizards over non-magical people. They are motivated by ensuring that the groups in which they feel prominent remain powerful.

Don’t get me wrong. I am ALL ABOUT the importance of place in literature.

When Monkey and I watch a film based in Boston we can hardly follow the plot because I keep interrupting to astutely comment, “oo look it’s Boston!” And of course, I chose Oxford because I wanted to live in the place that inspired so many fictional places. That said, I’ve never been to actual Hobbiton or Wonderland and I still feel a part of those places.

English chap, how can Harry Potter possibly be successful in America by your logic? “Wow this is a great story. Shame I can’t feel I’m a part of it because I’m American!”

English chap, I give you permission to feel a part of any American story and setting you desire. Not of course, that any permission is necessary.

“There is no frigate like a book”, wrote Emily Dickinson.

By opening its cover you are transported to another world. You can feel part of that world. You can feel like you’re friends with the characters. You can feel real feelings inside the pages of a book that shape your world outside of those pages. So beyond present sensitivities to nationalism (as explored in my Katniss Was Not an Activist piece), I think what stung me with this comment is a dismissal of the fictional world AS the real world.

Because I knew you, [Harry], I have been changed for good. And yes, I can mix fictional worlds and references because in my world, they all exist. They are all available for me to explore. For you to explore. It’s cool when worlds converge. It’s cool when I see my Exeter College on camera in Dr Strange and The Golden Compass. But the setting is just one thing we happen to have in common, those stories and me. There are so many things: like Rory Gilmore and her bag full of books or Jo March and her living room plays and handwritten manuscripts. Yes they were New England girls like me, but that detail is just one of many that define who we are.

So go explore, heroines. The library is your oyster, no passports required.

P.S. You don’t have to be English OR living in the 19th century to enjoy Jane Austen. Join me for a year of Regency-inspired letters and training with Letters from Jane Austen.

SO WHAT DID YOU THINK OF FANTASTIC BEASTS? My sister Junie joined me for another HTtv recap discussing Fantastic Beasts and Where to Find Them including: how adorable Eddie Redmayne is as Newt what we caught on our second viewings Fantastic Beasts the textbook vs the film Expelliarmus, Accio, and the Elder Wand insight from q&a screening […]

Fantastic Beasts and Where to Find Them Recap

My In Case of Emergency list includes one tv show: Gilmore girls. For some reason, it’s the show I turn to when I’m at my worst, and watching A Year in the Life helped me understand why. Of course, the theme song is an explanation in itself: If you’re out on the road feeling lonely and […]

Gilmore Girls: A Year in the Life Recap