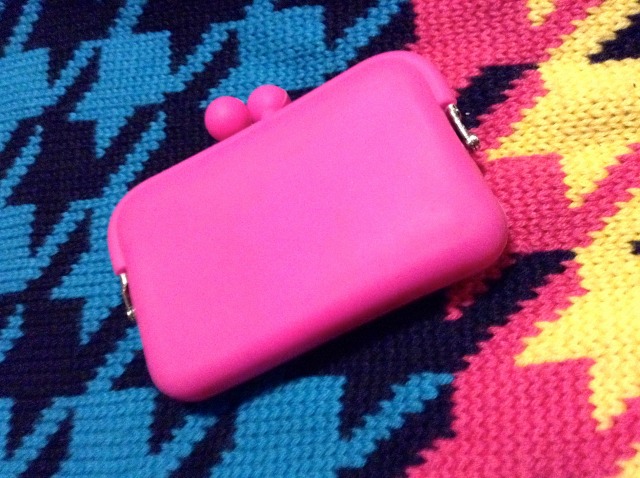 After paying at a till, I used to rush. I would stuff everything in my wallet. I’ll deal with that later, thought I. Thing is, it takes an extra couple of seconds to deal with things on the spot, but much longer to deal with it all later. Plus, if you let your wallet get cluttered up, every time you open it, you’ll get that nagging feeling that oh right, you need to clear it out at some point. One more thing for the to do list.

My wallet is an exclusive club that only the most fabulous and important cards are allowed to occupy.

I have built the habit of disposing of receipts on the spot, or stuffing them in my bag, which I do clean out after each use. Keep it simple!

1. Climber’s Interpretation Twice a year, Oxford’s mountaineers don black tie for formal dining. And twice a year, this climber faces the challenge of embracing the dress code as literally as she dares: “black tie, climber’s interpretation”. It started with a carabiner necklace, and each time I simply must outdo myself. Here i am in bespoke […]

In honour of my impending departure from London [and from putting u‘s in honour.], I Simply Must plug my favourite guide to one of my favourite cities. [might as well throw around as many u words as I can.]. Hello, neighbour! Saska Graville’s London Style Guide is divided into chapters by neighbourhood, and lists the most chic places to […]

You Simply Must: Read the London Style Guide