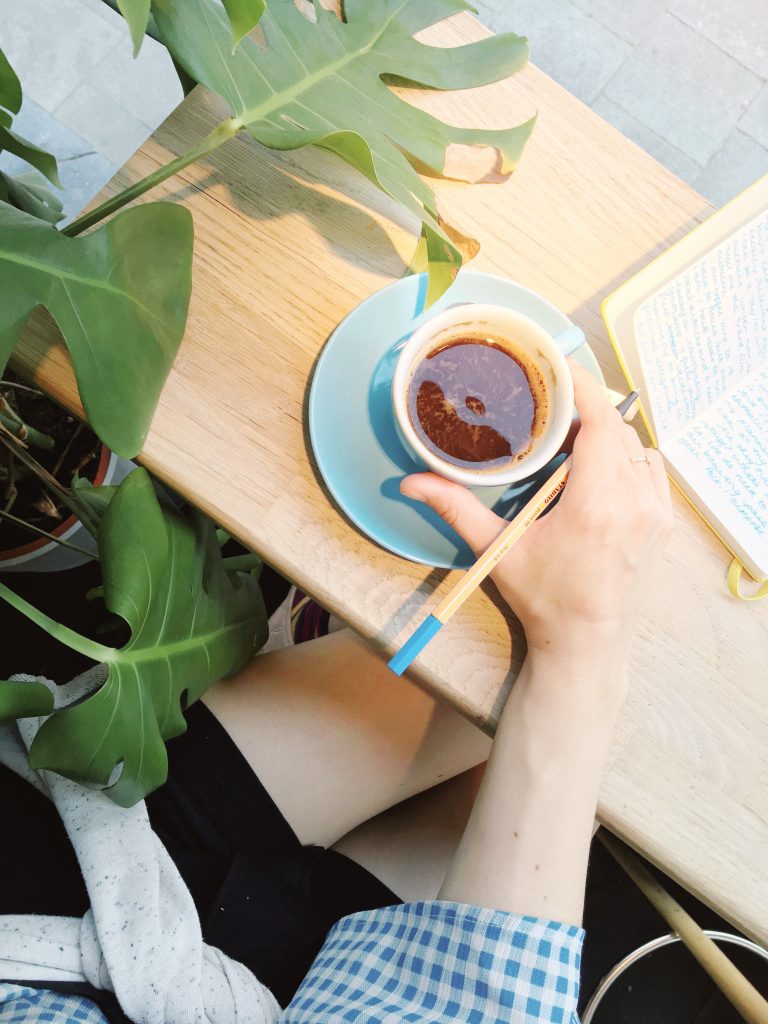 With a pink face and fresh tears, it’s a reasonable question: ‘So what happened?’. It’s asked from a place of care, of concern.

Believe me, my answer surprises me as much as you: ‘I’m just sad for no reason’. Nothing happened, or if something did, it was minuscule. I find myself in an authentic overreaction. Logically, it’s insignificant. Emotionally, it’s tremendous.

In my unknowing, I wobble from frustration to despair and back.

I almost prefer something bad to have happened. Something specific. There is comfort in knowing what I’m facing. It’s easier to understand my depression as a symptom: a side effect of hypothyroidism, or a reaction to a toxic situation. Like a boggart, these are identifiable. But sometimes depression shows up like a dementor on the train in Book 3, when Harry hasn’t met them before. What was that?!

Depression appears for different people at different times in different ways. For me, I find stability in its diagnosis. Acknowledging my depression makes it familiar, like the dementors in Book 5, which still affect Harry, which still feel terrible and frightening, but he can now put a name to them.

It took years to accept depression as a long-term resident in my life. It went away for a few years after my thyroid stabilised. I was terrified when it returned during university. I tried asking for help, but those I confided in assured me it was just exam stress. I get it — exam stress makes more sense than ‘sad for no reason’. After my exams were over, the feeling stayed, so I went to the university counselling service. ‘That’s odd. You’ve finished your exams!’ said the counsellor, ‘Well you’re definitely not depressed; it’s just in your head’.

Looking back, I am enraged at her dismissal of my pain, and baffled by her lapse of logic. I prefer Albus Dumbledore’s take, even in a different context: ‘Of course it’s happening in your head. But why on earth should that mean it isn’t real?’ After that counselling session, my depression got heavier, weighted down with fresh guilt. Shame on me, for daring to claim I experience Actual depression. Others must have it so much worse.

A few weeks ago, I had a cold.

I was sick, but I showed up anyway. I armed myself with cough drops and honey and lemon, and pushed through. I woke up on time, I started work on time, I wrote through my sniffles. I didn’t cancel podcast recordings or outings with friends. I felt invincible through my discomfort.

I also started to feel smug. Being sick isn’t so hard! I blamed my former self for not rising to the challenge. I blamed her for not getting out of bed when I felt depressed, when I relied on my family to help with the tiniest of tasks. Fighting through my cold, I felt ashamed of past occasions when I Just Wasn’t Trying Enough. How foolish this judgement felt, when, shortly afterwards, Depression toppled my ego over.

It’s strange — during my cold, when I looked and sounded the most ill, I felt fine. I was coughing and sneezing, and felt like a superhero to function through all that. But when I wasn’t drowning in visible symptoms, I could barely do anything. This doesn’t make sense, to me, or to others, but I’m starting to accept that it doesn’t have to.

Depression doesn’t always make sense. And actually, neither do colds.

I’m growing out of the embarrassment of not knowing. Where Oxford failed me in mental health support, it succeeded in teaching me humility. I learned to admit academic ignorance right away, because there’s no point in faking it to an expert. The aim is not to show off what I know, but to learn, and learning happens when I’m honest about what is unclear.

Let this serve as an open letter to my own Depression. I’ll admit – I don’t always understand you. But I’m ready to listen now. I’m ready to learn.

We choose what story to remember. This time, my story is not a reprimand for falling into sadness, or a morality tale of how I got out. This story is about what I learned from within.

The Merchant of Venice opens: ‘In sooth I know not why I am so sad’. When I first read the play as a teenager, Antonio’s line sunk into my heart with recognition: yes. Here were words for how I felt, expressed so simply by another, even if he was a fictional character dreamt up 400 years ago.

Antonio’s friends go on to guess what will make him feel better. Antonio himself is left alone, out of the conversation, his feelings ignored and trodden over with proposed solutions. His friends neglect him in their attempts to help, but I, the invisible reader, gained so much from his company. We never get an answer for why Antonio was so sad. It makes me think that an answer isn’t the point.

It’s tempting to jump to solutions. When I’m feeling sad, what I need is not a faraway fix, but nearby acknowledgement.

I discovered another quotation from ten years ago. This time, it was one that I’d forgotten.

I’ve been rereading Blink by Malcolm Gladwell, and it took 70 pages to find a passage marked in pencil by my 17-year old self:

‘We have, as human beings, a storytelling problem. We’re a bit too quick to come up with explanations for things we don’t really have an explanation for’.

It’s tempting to seek explanations, to solve our emotions, but the answers we find may not even be true. I may have a particularly strong storytelling problem, but it’s one I’ll happily embrace. I’ll just tell better stories. This is the story of how I learned that I don’t always have to know.

Until the next chapter,

You can also read my essays on Instagram and in your inbox.

Dear Reader, They say that you’re the average of the five people you spend the most time with. Are you counting the characters you read about in books? The people you watch on tv? The people who podcast in your ears? And what about yourself? Do you spend enough quality time by yourself, without busying […]

Dear Reader, Do you ever say ‘Give me two seconds!’ or ‘Just a minute!’? These overpromising figures of speech ramp us into rush mode without our realising. I’m paying attention to the expressions I choose, especially those related to time. Once at a diner I saw ‘Pie of the Moment’. Moment: What a magical word! […]