It used to be that my world would stop for cinnamon buns. And now, the cinnamon buns have stopped for the world. I’m comforted by this artefact I discovered, written a few weeks ago, evidence that I did indeed appreciate what was in front of me. Namely, cinnamon buns. My handwriting was hasty, in anticipation of the first bite, so I’ve rewritten it to share, but the words remain the same. I look forward to reposting this when the cinnamon buns are here again. In the meantime, thank you Little Fitzroy for keeping the neighbourhood safe, and thank you Felice for the cinnamon buns. 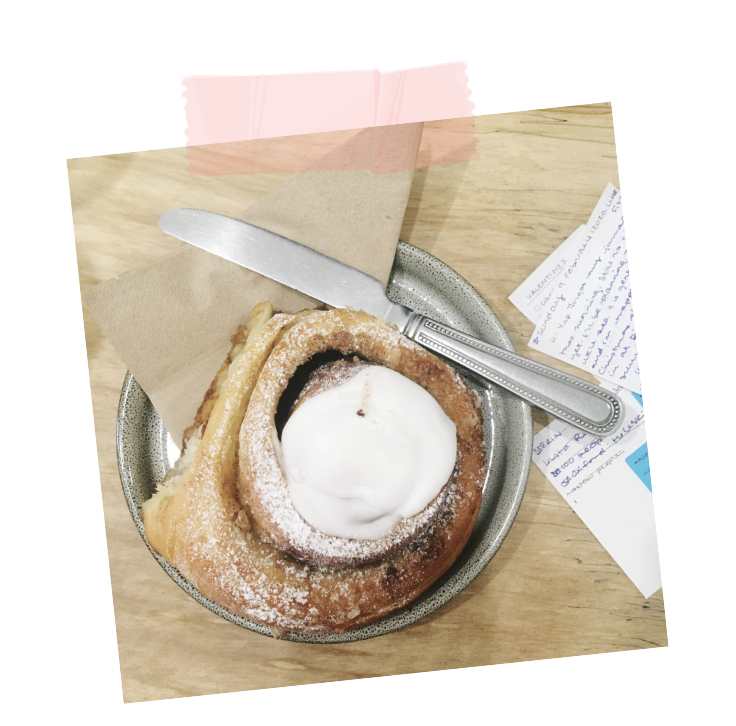 When I was in Tuscany preferring solitude I’d take my mornings outside on a bench with a view. Now life is inside, a bench seems to me like closeness to Earth and community. I open my notebook my laptop too in writing I whisper Hello how are you? P.S. Remember: you don’t have to do […]

A Poem
Based on an actual playlist