Lessons from The Minimalists and 400 New Friends 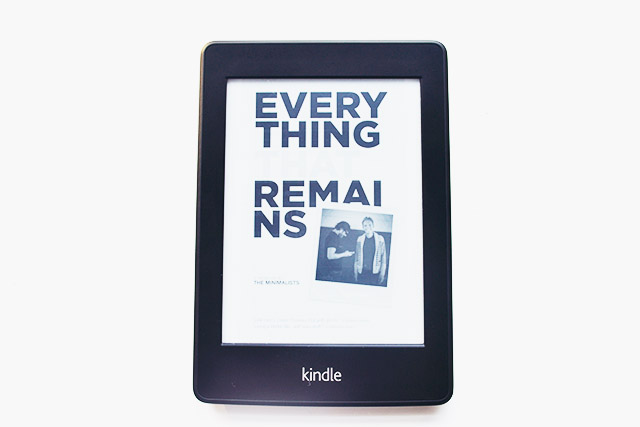 That’s not very minimalist! [Lesson 1: we’re good at laughing at ourselves]. Actually, it is minimalist, summed up best by one of The Minimalists’s mottos: “love people and use things – not the other way around.”

Let’s back up. The Minimalists is a never-ending treasure chest of excellent, down-to-earth articles on living simply. Josh and Ryan both abandoned fancy, well-paying jobs and houses full of swanky expensive things to focus on their newfound meaning of “richness”. They’re on a world tour, and finally, I got to attend their event in Boston. I’ve been reading their stuff for years, [participating in their Mins Game this year!] and they were among my distant and constant inspiration in discovering my own flavor of minimalism.

^ their words, and I really like them. When I was faced with a closet of beautiful [I thought, at the time] clutter and one suitcase to fit them in as I moved across the pond, I decided that the lifestyle I’d been reading about on the internet – minimalism – was one I should embrace myself. [more on this in my book!]. But at the time, I could not find any minimalist bloggers who also cared about aesthetics. At the Minimalists event in Boston, for example, Josh spoke jokingly about his pre-minimalist relationship with stuff: “which espresso machine represents me as a man?” I get it: our identities are not our stuff. But I do ask myself that question [“which ____ represents me as Xandra?”] often because if I need a chair, it might as well be the most Xandra chair ever. I enjoy shopping, and I still participate: I just consume less, and more mindfully.

Style is a priority for me, but stuff is not.

Side note, though: What if stuff is your priority? I’m fascinated by this Hello Kitty-collecting girl who admits that she has not been on holiday or out to dinner in years, instead focusing all of her funds into building her massive collection of Hello Kitty merchandise. This is an extreme example, but part of me wants to give her credit for identifying what makes her happy, however crazy that thing may be!

Because that, in essence is the point of minimalism: it enables us to focus on what we love. Cut out the excess until you’re left with everything that remains.

“Simple does not mean easy”, and minimalism does not solve all of our problems. For me, it helps me to shape my surroundings to better myself as a heroine.

Sometimes being a minimalist can be an isolating experience, since it’s sorta alternative. I was so amazed and grateful to be in a room of four hundred fellow minimalists, minimalists-in-training, and people who were at least interested in this thing I love. The best part was meeting new people, and collecting new hugs. Because although they were signing books, the line was for the hugs.

P.S. For a dip into minimalism, here are some ways to find calm in a busy girl’s day.

During the MinsGame, I was so inspired by my teammate Suzanna (aka @RockRollHippie) as she took her first steps into minimalism! She’s been majorly downsizing, not just in her home, but with her online identity, which has been reduced to mysterious near-anonymity. Her style is the polar opposite of mine, but our principles are the same! What surprised you about […]