The Very Best of Alan Rickman

Dear friends, my heart is broken. Alan Rickman has been my favourite actor for as long as I can remember having a favourite actor. As a kid, so much of my world was broadened by Harry Potter. I read certain books because Jo Rowling cited them as favourites. I started reading fashion magazines because Emma Watson was on the cover of Teen Vogue. I wasn’t really into watching movies until I decided to explore my favourite Potter actors’ greater works – especially Mr Rickman’s.

I truly believed that I would see him onstage at some point. I was waiting to drop everything and fly to London or New York to see him perform. Since Gambit my friend Emma and I had a longstanding agreement that she would own a theatre that he would be starring in, and we would all meet at an opening night reception – she would calm his nerves as he worried about what I, a revered theatre critic would say of his performance. Some part of me never let go of this ridiculous fantasy.

Over the years I have collected favourite performances of Alan’s. It is not an exhaustive list, as, fortunately, there are still films I have yet to explore. So here is my Introduction to Alan Rickman.

Did you know that Jo Rowling specifically requested Alan Rickman as a casting choice for Snape? He was filled in on Severus’s backstory when cast, long before it was revealed to the world – and my god, it shows. It was through Harry Potter that many of us were introduced to Alan Rickman, so I’m starting the list here. Ob-viously.

My two favourite Christmas movies! Hans Gruber in Die Hard is perhaps my favourite villain of all time – and I was truly impressed with Rickman’s fluency for accents. While Hans Gruber is a villain I love to hate, Rickman’s character in Love Actually is utterly despicable. No one messes with Emma Thompson, not even you, Alan.

The Sardonic SciFi-er: Galaxy Quest & The Hitchhiker’s Guide to the Galaxy

Science Fiction takes itself so seriously, which is why Galaxy Quest, a parody of the genre, is such gold. Who better to play the sardonic alien than Alan Rickman. In The Hitchhiker’s Guide to the Galaxy, he voices Marvin the endearingly depressed robot. I could play those clips all day. (Also that film features before-they-were-THAT-famous Martin Freeman and Zooey Deschanel).

What is better than Alan Rickman’s voice? Alan Rickman’s singing voice. As we have already determined, he plays an excellent evil-doer, so of course he would be cast as the evil, creepy, lecherous Tim Burton villain Judge Turpin in that masterpiece of a musical Sweeney Todd. This is one of my favourite films EVER and I saw it because of him (and his Death Eater co-star Helena Bonham Carter). It was also my introduction to Jamie Campbell Bower. I would watch the scene of the two of them on repeat. Just. Brilliant.

Alan Rickman as a Jane Austen hero. Proving that yes, he can do anything. Colonel Brandon is the best man in Austen, and I’m pretty sure Alan Rickman’s performance may be playing a factor in that claim. He is the secret romantic, the guy next door, if ever a Colonel were one. Also, he’s much nicer to Emma Thompson in this one. 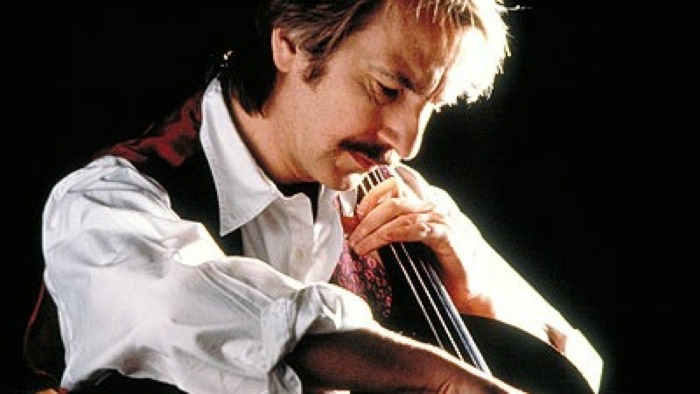 I had to break the alliterative pattern for this one because how else do I describe Rickman’s character in this one? He plays the ghost of his widow, back to just hang out all day with his cello. Heartbreaking and also kind of funny.

Plus, IN A MUSIC VIDEO.

Texas – In Demand. from Rokkit on Vimeo.

Yes. That’s right. Alan Rickman as the romantic interest of Texas’s music video for “In Demand”. I can’t listen to that song without thinking of him at a gas station. It is so great.

Others I haven’t even seen!

Alan Rickman plays the voice of god in Dogma, takes on a Southern American accent in Something the Lord Made, and won a Golden Globe for Rasputin. So much more to explore.

Oh my. Reflecting on so much awesomeness has helped me feel better (I really wasn’t doing so great). I hope this list helps you discover another side to the great Mr Rickman.

To the well-organized mind, death is but the next great adventure.

Every year, I dedicate some space to my favourite blogs I’ve been reading. Here are my favourite blogs I read in 2015!   For Daily Consumption So many blogs have shifted to infrequent posting, but some remain prolific, maintaining quality AND quantity!   ? Forever Amber – my fellow Scottish resident and midi skirt enthusiast, Amber […]

New year, new desk! [Sort of – I’ve been shifting things around for a bit!] Monkey and I traded desks, so that I’m in the room with more natural light during the day. Here are my workspace essentials – want to peek? Bulletin board I do love handwritten correspondences, so this board displays the lovely cards […]