thinking i was born in the wrong time

I’ve been watching those “100 years of fashion” videos, and the 2000’s tend to be my least favourite. Hideous, in fact. It is the tackiest, and most uncomfortably revealing of the decades of fashion, am I right?

I used to think I was a 90s kid. I was born in 1991 after all. But this means that my childhood was verging on the millennium. While I did at one point know the choreography to “Baby One More Time”, personally, Britney’s belly-baring style didn’t jive with me as an adolescent. Just look at the popular kids in Mean Girls to get an accurate representation of what “style” meant in that age.

The alternative to dangerously short skirts and tube tops was to go the opposite extreme. Watching reruns of The Amazing Race has assured me that my ill-fitting trousers were not, as I had formerly believed, my fault. That’s what people wore. I think they’re called “Mom jeans” now.

I think I would have fit in with 90s grunge . It’s pretty much what I wore anyway, envying the baggy shorts guys could get away with. Let’s just say my style icons were Louis Stevens and that skater kid from Cheaper by the Dozen. They looked comfy!

In high school we had a ‘skirts to the knee’ rule, and at the time it was nearly impossible to find such a garment. These days I prefer the midi skirt, which I didn’t even know existed as a teen, except in chorus member costumes for period plays.

Don’t even get me started about the 80s. While I am grateful to have avoided the hairspray obsession of said period, I do enjoy rocking the electro-chic look, the vibrant colours, as bedazzled as poss (The Carrie Diaries is one of my favourite places to look for fashion inspiration). Let’s just say, I preferred my American Girls’ wardrobes to my own. (I would TOTALLY wear Kit’s Floral-Print Dress! and those SHOES, man. Adorable.)

Thoughts on fashion of the millennium? Is it just me?

P.S. This post doesn’t include pictures of my fashion faux pas because the only pictures I have on my computer of that era are of me in Harry Potter costumes, which are not representative of everyday wear. I would have rather worn my Hermione every day, not just Favorite Person Day in middle school. 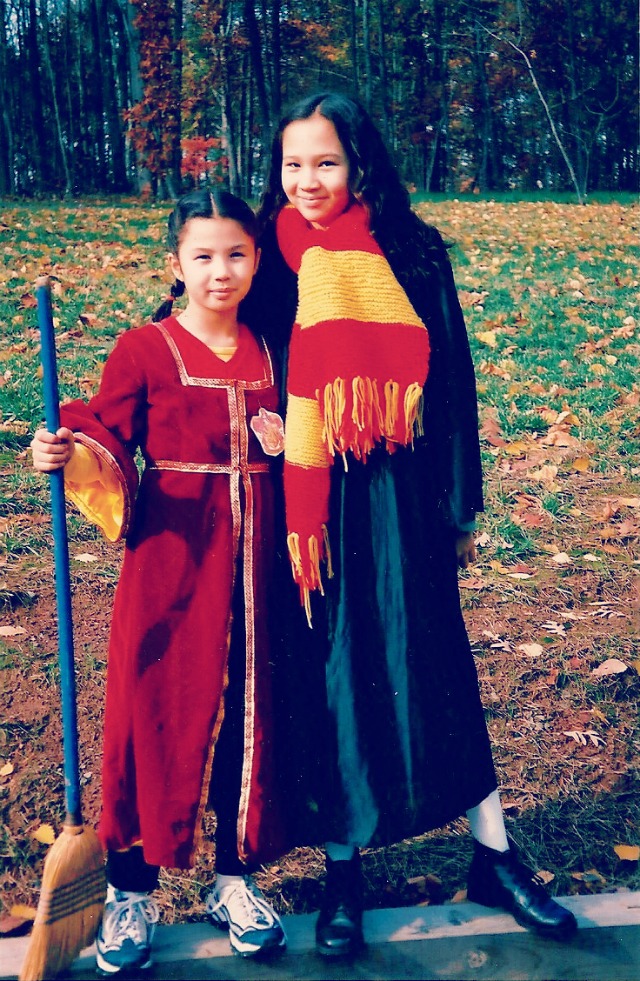 Weekly lessons I learned, with pictures of my actual week in Passion Planning. The spine of my Passion Planner is struggling, so what better way to secure it than with puppy tape? I played up the theme by adding a sticker of a pup who resembles mine, striving for her bone as I shall my goals. Each week I […]

What I Learned This Week: Puppies in my Passion Planner

Scotland is a very Instagrammable place. Looking at my everyday life through the lens of a camera helps me to appreciate the subtleties – and the not-so-subtleties; I’m looking at you, castle – that I have grown used to. Thanks to Sara‘s free 7-Day Insta-Retreat, I’ve been more mindful about my photography – posting only the best and […]