What to Watch After Gossip Girl: Replacement Suggestions for the Hopelessly Devoted 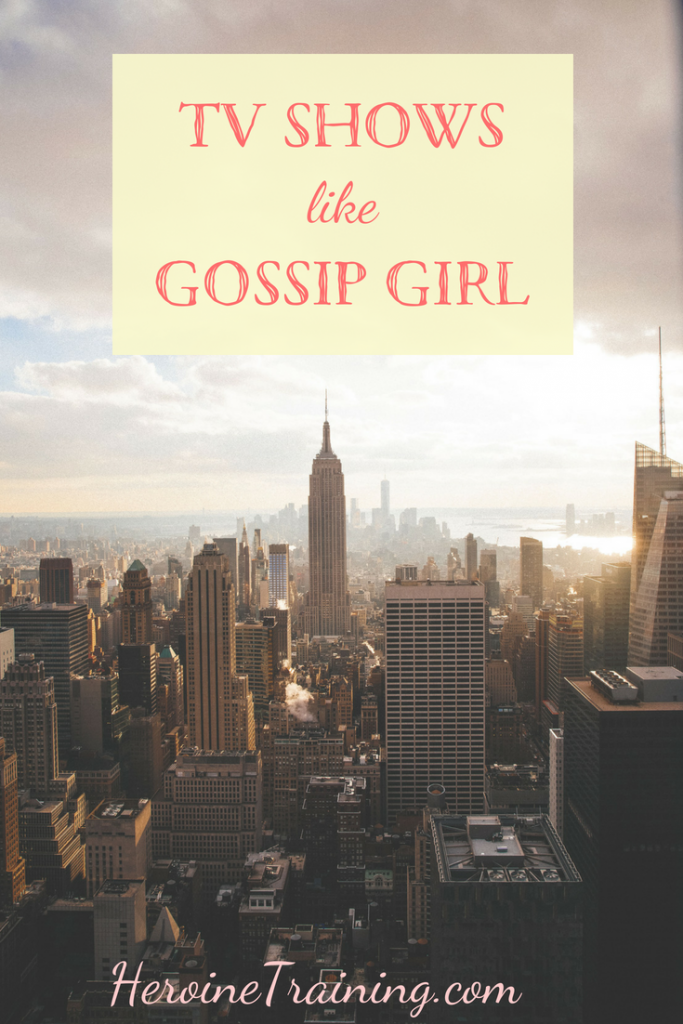 Six years after Gossip Girl ended, I’ve yet to find a show quite like it. If Gossip Girl could play on repeat as the background soundtrack to my life, I would be content (and sometimes I do precisely this).

I wonder whether a single show could ever capture fabulous fashion, savvy sophistication, characters we love to hate (or hate to love. Or just love.) all in one. It is deceptively insightful beneath the glamour (and oh I love the glamour), and beautifully filmed.

Some shows, past and present, evoke the same – a little. I started this list in February 2013, and have been adding to it ever since. Suggestions welcome.

This mystery thriller series is, like Gossip Girl, based on a young adult book series. The best part is the personal style, and as the four protagonists have distinct looks, there’s something for everyone. Also good if you miss GG‘s drama (but with more screaming than scheming).

Sex and the City

For New York City nostalgia, as well as famously daring fashion (Hello Patricia Field), we return to this classic. The characters are older than the Gossip Girl-ers, capturing the working world rather than that of prep school cliques, but when did the Upper East Siders ever act their age anyway? But for the younger perspective, there’s always…

From the makers of Gossip Girl (Stephanie Savage and Josh Schwartz, and costumer Eric Daman) this prequel to Sex and the City is dressed in awesome 80s fashion to an equally awesome soundtrack. It’s more relatable than aspirational, although we do sigh at high school Carrie Bradshaw’s New York internship and ins with the fashion crowd.

Known for its fast-talking wit and constant culture references, and loveable characters – it’s one clever show. The balance of Rory’s small-town upbringing (alongside her single-mom-slash-best-friend Lorelai) with her wealthy grandparents’ big society living gives a glimpse of Upper East Side-ness from a more down-to-earth perspective, and explores the same themes of Insiders and Outsiders.

For fans of Gilmore girls and Gossip Girl who love Rory Gilmore and Dan Humphrey but wince at the inaccurate portrayal of the writing process, I give you Jane Villanueva! One of the cleverest tv shows ever (the other is also on this list; read on), Jane the Virgin is a fairytale/soap opera that is totally self-referential about how ridiculous its plots can be. Utter genius. Favourite character? Petra Solano, an impeccably power-dressed confidence masterclass. [PSA: do not google the show or the actors until caught up. Spoilers!]

Don’t Trust the B in Apartment 23

This cancelled-too-soon sitcom, with blunt and nasty humour, centres around country girl June moving in with glamour girl Chloe, who has conned her way into the in crowd. The B stands for Bitch. Good female-driven comedy, dressed in fun and edgy sophistication, and set in New York, obviously. And although Krysten Ritter is now best known for Jessica Jones, GG superfans will recognise her as a young Carol Rhodes. ;)

A series about the cut-throat and scandalous process of putting on a Broadway musical (about Marilyn Monroe, no less). Smash documents the simultaneous glamour and brutality of New York with no shortage of drama with catfights rivalling Blair and Serena at their worst – this is Broadway, baby. Featuring talented actors fresh from the stage (including my favourite, Christian Borle, whom I’ve adored since his Spamalot days) who take bursting into song to the next level, this is no high school Glee – this is the pros and it is nasty. And marvellous.

Who’d have thought that a modern Jane Austen adaptation on YouTube would remind me so much of Gossip Girl? One of the reasons I adore Gossip Girl is Blair Waldorf and her well-dressed go-getter self. I hadn’t found a character quite like her until I saw Pemberley Digital’s latest, Emma Approved. The premise: a video documentary about Emma Woodhouse’s wedding planning slash life coaching business, staffed by Alex Snarky Knightly [as nicknamed by Emma], her assistant Harriet, and IT guy Martin. Oh and there’s a supplementary fashion blog.

Speaking of Blair-worthy characters, Veronica Lodge is the Blair Waldorf of 2017: an impeccably dressed reformed bad girl from the Upper East Side relocated to a small town she’s ready to rule. Between her, lady-in-red Cheryl Blossom, and Beyoncé-to-be Josie [and the Pussycats] this show is proving fashionably iconic. Pretty Little Liars meets Carrie Diaries.

This surrealist morality comedy is one of the best shows on television. Taking place in the afterlife, we meet the real life devils that Gossip Girl alluded to in its themed parties. The Good Place is worth mentioning for It Girl Tahani alone: always dressed like modern royalty, she would have rubbed shoulders with our favourite Upper East Siders [and especially their celebrity friends], and probably planned many of the glamorous charity events that Serena and Blair attended.

This update of the 80s soap is developed by Gossip Girl‘s own Stephanie Savage and Josh Schwartz. Beloved for its over the top catfights, Dynasty is about the power plays of two strong and well-dressed businesswomen. With daring fashion and fierce insults, Dynasty convinced me that a drama doesn’t have to take place in New York City to be deliciously fabulous. With a cameo from Kelly Rutherford, aka Lily.

Uh yeah. And of course, Gossip Girl hasn’t gone anywhere, and Season 1 is hardly recognisable. Blair wore headbands un-ironically and Jenny was actually a character (and arguably, the best character). Now that we know how it ends, it’s tempting to watch it through again to see how it all fits together, right?

You know you love it.

Writing our own traditions I do love a celebration. I adore a tradition. When Steve and my first wedding anniversary approached, therefore, I took the ‘paper’ tradition very seriously. We took ‘cotton’ seriously too, and got a little frustrated with having to stick to the prompt. And so we’ve scrapped ‘leather’, preferring to continue our […]