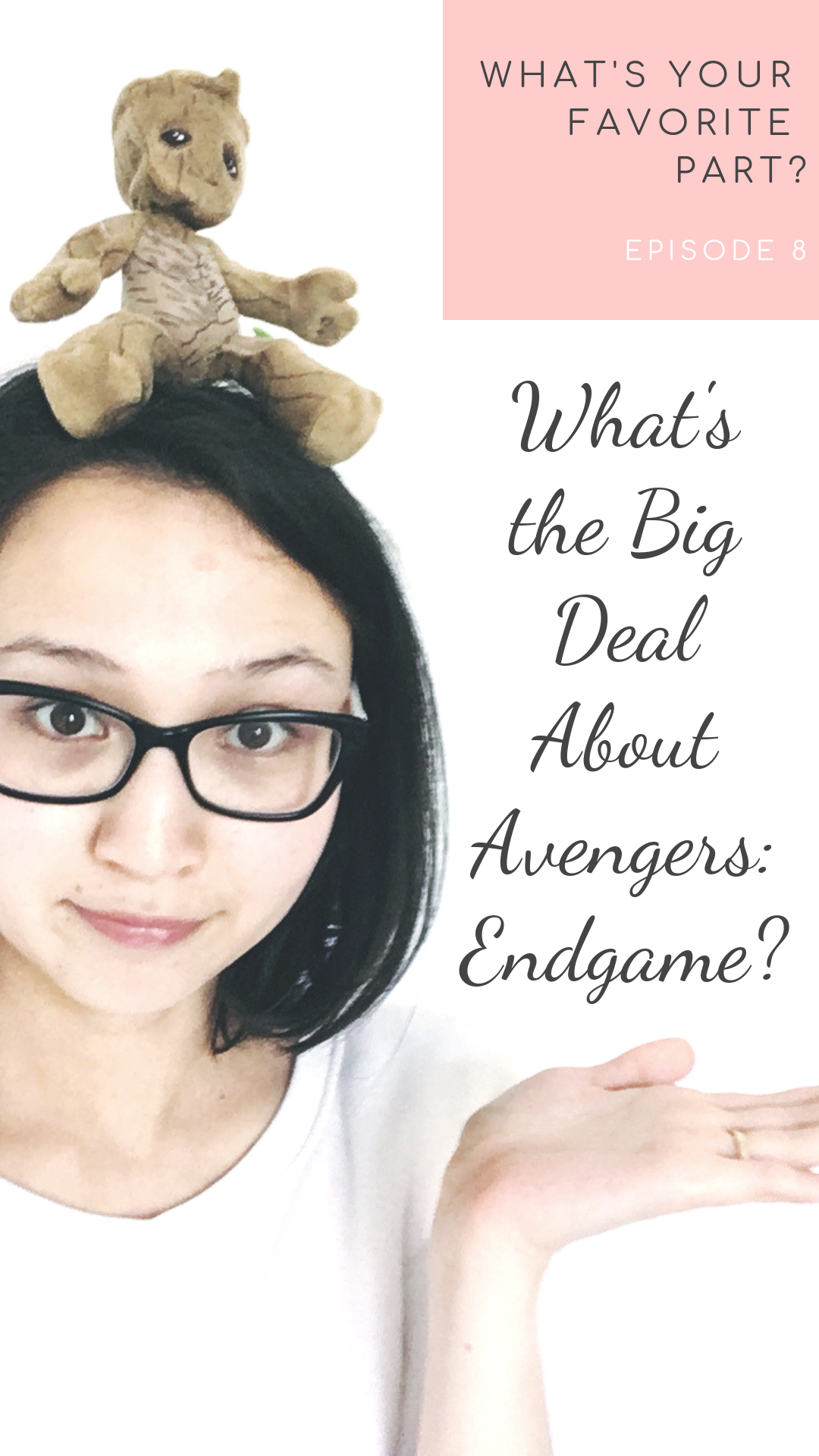 In the age of the ‘superfan’ and the ‘stan’, I would describe myself as a Marvel ‘fan’.

I’ve seen all the films, most of them on opening day, a few in themed outfits, one at a midnight marathon. I’ve never read the comics, but I love learning about them. I love when the audience rumbles with recognition of an obscure reference. I love asking my friends to please explain it to me.

All week leading up to Endgame, Steve and I delighted in anticipation: ‘It’s this week YAAAY!’. I donned my Cloak of Levitation, and we bounced our the way to the cinema. When we arrived, we met my friend Michael (in his Captain America t-shirt). ‘I’m not letting myself get too excited,’ he greeted us.

It occurred to me that of all the audience here on opening day, Steve and I might be best positioned to enjoy the film. We cared enough to appreciate it, but there weren’t major stakes for us.

For some people, the MCU means a lot. For others it means a lot a lot. And then the rest of the world is observing this very public nerd event in confusion.

What is this? Are we supposed to care who dies? Why?

That weekend, I wandered the city in a post-Endgame processing haze. I found that everyone was talking about it. People who had never seen a Marvel movie asked if they should go to this one.

‘I had to get blood drawn because of your thyroid disease,’ Sister told me. ‘But it was okay because the nurse had a great strategy. As she put in the needle she asked, “So what did you think of the Avengers?”’. Everyone is talking about it. Everyone.

I’ve been marvelling over the mainstream (no pun intended). A franchise has done something right to reach this level of recognition. I’m not concerned with whether it deserves the attention it has received. What I do care about is this: What is it doing with the opportunity of its platform?

We witness an array of origin stories. Heroes turn weaknesses into strengths, and academic degrees into action. They’re gritty, resilient, they could do this all day.

These individuals are strong, but they’re even stronger together. What a great message!

The studio acknowledges its ‘diversity problem’. As the franchise grows, it’s not good enough for creators to write what they know, or can relate to. They can use their reach to share more perspectives.

Diversity brings richness and complexity to stories. For Marvel, it’s also on brand. These films argue that bringing people together can save the world.

It’s important that these films practice what they preach: that they include an array of people as well as an array of powers. Is it so much to ask that every kid – and adult – can see themselves in at least one of the heroes?

The mainstream matters because what its values ripples into our realities.

These films are influential. Every time I watch, I am inspired to build my own strength: in mind, body, community, and hope.

These films wield power, Infinity stones-level power. The way that people are represented, included, excluded, or treated gives us cues on how to behave. I’m starting to see shifts towards diversity and inclusivity, and there is a long way to go. As Steve Rogers says, ‘That’s those little brave baby steps we gotta take’.

So what’s the big deal about Avengers: Endgame? It’s an epic story led by an inspiring cast of characters, faced with the challenge of protecting humanity. It’s breaking all the box office records. If you didn’t see it, someone you know will have. Its messages are spreading, and will keep spreading. The Marvel universe affects our own.

The conversation continues in our Avengers: Endgame episode of ‘What’s Your Favorite Part?’. We discuss character development, representation, and what we hope to see next for the franchise. Visit heroinetraining.com/podcast  to listen and subscribe.

content warning: depression I heard that it’s mental health awareness week. I mean to look up these kinds of weeks so I’m ready to contribute. When I was diagnosed with severe depression in 2014, my very first thought was this: if I can get through this, I can write about it, and maybe that can […]

I’ve been reading about how Saturn is in retrograde. Old challenges are resurfacing, and it’s hard, but the purpose is to make sure we’ve learned from them. I take comfort in astrology as validation for my experience – that I’m not the only one feeling this way. These challenges have meaning: they are part of […]