Why I’m Not Seeing ‘Crimes of Grindelwald’ 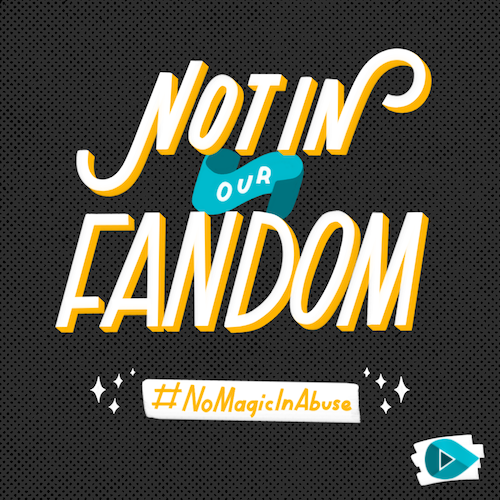 In November, I think about Harry Potter movies. The first two Potter films were released on November 16th, 2001 and November 15th, 2002 – dates forever carved in my mind, as I was counting down the days back then.

Over time, my attachment to the films waned in favour of rereading the books (I’ve only seen Deathly Hallows Part 2 once). But when Fantastic Beasts came out, I saw it twice on opening weekend.

And so, I am heartbroken to say that I’m not seeing its sequel, Crimes of Grindelwald. I’m here to explain why.

Let’s start with things I love about Fantastic Beasts.

It’s not (quite) an adaptation.

This was the first Wizarding World film I could fully enjoy because it was a new story in its original form. With the Harry Potter series, I worried that the films’ interpretations would taint my enjoyment and love of the books.

With new characters (other than the loose ties to the Fantastic Beasts schoolbook), a new setting, and a new generation, I could finally relax and enjoy. No picking apart details like hair colour, what dialogue was cut, and how plots were woven together – this movie was a fresh start in which every detail was canon.

A heroine with my accent, haircut, winter wardrobe, and Hufflepuff explorer companion.

I kid that my arrival as a resident in Jo Rowling’s hometown was suspiciously timed with the creation of Porpetina as a character. (Or am I really kidding? You decide…).

I’m a huge fan Hufflepuffs, and am excited to see a quieter, more feminine hero.

Queenie is perhaps the first heroine in the Wizarding World series who is feminine without being evil, daft, or fake. Her gift in legilimancy strengthens her empathy, and she uses it for good.

Strong women working together and supporting each other. Yay sisters!

Okay. Now for the not great things.

The casting of Johnny Depp despite domestic abuse allegations.

I became more aware of this issue online, and through my community at the Granger Leadership Academy. I asked Christine Chapman, Programs Director at Uplift, to help break this down:

In 2016, accompanying their divorce filings, Amber Heard filed for a restraining order against Depp and shared her story of physical abuse that had escalated over a period of months.  Though there was plenty of time to recast between the first film and now, Depp is remains the title character of the upcoming film and JK Rowling and David Yates have defend the decision.

Domestic abuse is a widespread issue and when people publicly express doubt or mock these experiences, survivors are listening.  1 in 4 women and 1 in 9 men have experienced intimate partner violence in their lifetime, many before they turn 18.  We owe it to them to stand up and speak out.

One way to support survivors is by joining fellow Harry Potter fans in boycotting the film opening weekend. We have the power to send a signal to Warner Bros. about how we feel as a fan community this November.

No Magic In Abuse is a campaign empowering Harry Potter fans to speak out against abuse. Learn more at uplifttogether.org/nomagic.”

I have chosen to join many other Harry Potter fans in boycotting the film opening weekend in support of survivors of domestic abuse.

I don’t want the entertainment industry – or any industry for that matter – to support and defend abusers.

It’s about whether we continue propping up the system that implicitly says if a person is rich enough, powerful enough, or can settle things with enough discretion, they can continue to be put in powerful, important positions.”

Although not very apparent in the film itself, Pottermore published some problematic articles about the history of Ilvermorny. Dr Adrienne Keene breaks down the issues with these articles on Native Appropriations.

In a recent trailer, it was revealed that South Korean actor Claudia Kim’s character is in fact, Nagini. She plays a human with a woman-specific curse that entraps her in the body of a snake. Many fans are upset that a woman of colour is portraying a character who becomes Voldemort’s slave.

Before this information was revealed, I was excited about the film, because when do I ever – EVER – get to see a Korean actor in a movie, let alone one that is part of my favourite fandom. (Even in my beloved To All the Boys I’ve Loved Before, which is about half-Korean sisters, none of the actors are actually Korean).

While I’m still (a little) hopeful that this might not be as bad as it looks, the controversy surrounding this character makes it easier for me to give the film a miss.

I might watch it later. I don’t know yet.

There is only so much each of us can do to fight evil in the real world while taking care of ourselves at the same time.

I’m the first to admit that a lot of my personal ethical decisions align with what is convenient to me, and what I can sacrifice.

I don’t like the taste of meat, so it’s a convenient ethical and environmental decision for me to eliminate it from my diet. I am feeling too upset by this film to go see it, so it’s easy for me to not pay for a ticket.

I’m not asking you to do the same. Please make an informed decision based on your values, needs, and the way that you choose to rebel in your own way.

I’m writing about this publicly because I want to a. Spread the conversation, and b. Because I’m having a hard time talking about it in person. I know people will assume I’m excited for this. I wish I could be.

The more awareness around this issue there is, the more that people in power will consider these factors when making films in the future.

What Others Are Doing

A big thank you to my friends at the Granger Leadership Academy who have agreed to let me publish their words and names, which were originally shared privately in a Facebook thread asking on how each of us are handling this personally. It was so helpful and powerful to hear different responses.

I haven’t totally decided yet, but the two ideas I’ve heard that I will probably do is 1) not go opening weekend and 2) donate an amount equal (or greater than) the ticket cost to a local organization that addresses some of these issues”

Not seeing it at all. Even if I didn’t pay money to see it, I still want to throw up a little every time I look at Depp so it sounds like a pretty miserable experience for me to sit through. Hard pass.”

Not seeing it in theaters, might find some place online where it’s been uploaded so I know I’m not giving them any money. The execs in charge of making the movie know what they did wrong. If they make less money on this one, they will know why, and it will affect their choices in the future. Also, I know Eddie Redmayne isn’t like The Controversial Actor in this movie but you might remember that he played a trans woman a few years back, which ya know, isn’t great.”

I haven’t decided yet. I am certainly soured on the whole thing, and JKR supporting Depp has soured me on her, too. I’m currently leaning towards picking up the screenplay book to not see that fool’s ugly face and catching the movie on HBO when it inevitably makes its way there later. But I just don’t know. I may skip altogether.”

I’m not paying to see it but I might find it online just so I can be informed and be able to talk about it better. Idk though, it just makes me sad to not feel like I can really interact with a big part of the fandom bc that part doesn’t acknowledge there’s even an issue”

At the risk of sounding like the odd one out, I want to see it. I really like Eddie Redmane as Newt, and I love the set design and lore. I do have issues with Depp and Nagini, but the series as a whole outweighs those issues for me.”

Well, I thought I had decided not to from the moment I knew Dumbledore wouldn’t be shown to be gay. It’s unfortunate because I really like Newt as a positive male role model who’s not the typically accepted archetype and someone who is likely autistic. That said, I just don’t know if the benefits outweigh the negatives. Gahh, I don’t know.”

I’m not seeing it. I can’t in good conscience give money to this franchise. It just keeps getting worse and worse. I was out when JKR and David Yates gave their statements of support for Johnny Depp. (Check out Uplift’s #NoMagicInAbuse campaign if you want to get involved) And the newest revelation – that Nagini is an East Asian woman who suffers from a woman-specific curse that turns her into a snake (and is eventually is controlled by Voldemort) – has me even further out the door. Reading Asian folks talk about how JKR’s Nagi mythology is both offensive and inaccurate is another bad addition to the series.”

In March 2019, I will be attending and presenting at the Granger Leadership Academy, the Harry Potter Alliance’s conference for activists. There are still spaces available – I hope to see you in Philadelphia!

‘We must choose between what is easy and what is right.’

These are lessons that I have learned from Albus Dumbledore in the Harry Potter series. This is how I am choosing to act.

P.S. Please visit uplifttogether.org/nomagic for more information, and for suggestions on how to support survivors with or without seeing the film.

No introduction needed. Let’s get straight to the cosiness: 1 ☕️ TEA. Clutching a cuppa with frozen fingers. 2 🧦 SOCKS. One can never have enough socks. 3 🙆🏻‍♀️ LYING ON THE RUG. And other activities inspired by my dog. 4 🕯 FAIRY LIGHTS & CANDLES. Dim the lights, narrow your focus to what’s in […]

What’s Your Favorite Part? Episode 6 is here! Junie and I discuss the Thanksgiving episodes in Friends. You can listen to Episode 6 and subscribe here: FRIENDS THANKSGIVINGS DISCUSSION QUESTIONS Season 1 – The One Where Underdog Gets Away 1. Ross’s mom made mashed potatoes with lumps, Phoebe’s mom made them whipped with peas and onions, […]