You Simply Must: Watch Love Actually 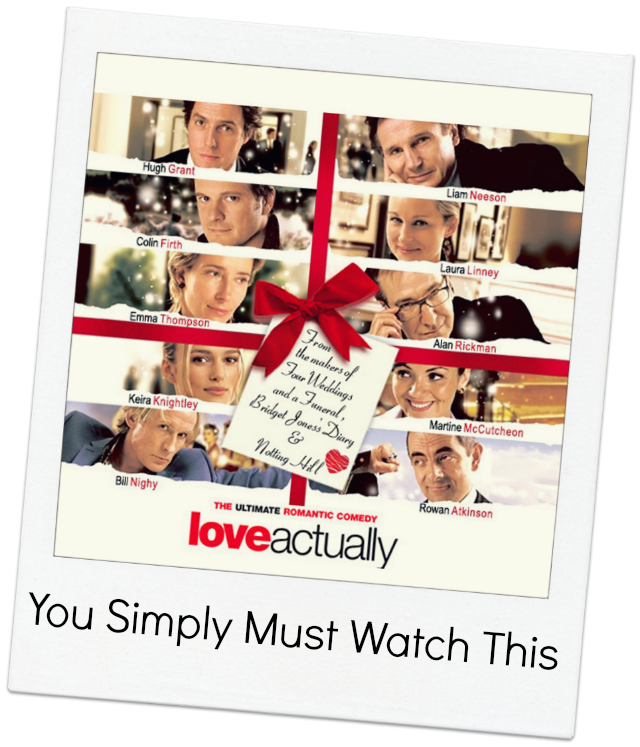 If you’re not in the mood yet, watch this film. Yes, it’s one of those that everyone says you should watch but listen to the hype. And to the fabulous cast pictured above.

This is the film that converted me from Scrooge syndrome.

Add some awkward English humor to the country’s already fine appreciation for all things Christmas, throw in some of my favorite actors ever [which, as a child, was determined by who was in Harry Potter, but I think they’re still good choices], and we have a winner. The first time I watched this film was July a couple of years ago, and for the first time, I found myself aching for the holiday season in the middle of summer.

There’s something for everyone.

Love Actually follows several, very different, characters’ stories around Christmastime that all weave together. It kicked off the ensemble cast comedy trend that you may remember from New Year’s Eve and Valentine’s Day. But this one is actually good. [Actually].

The first time I saw this one was alone on my couch, but I suggest gathering a group of friends and some Christmasy food for a festive viewing. Happy holidays!

Perhaps your sticker collection, like mine, includes random leftover calendar stickers: “Lunch”, “Big Game”, “Vacation”, and “Date Night”, all subtitling images of Charlie Brown characters [in this case]. When I purchased my Moleskine 2013 diary, it too contained such a feature. It’s exciting at first – oh wow, an extra, just like the table of […]

Simple Fix: Use the Stickers in your Planner

The Goddess Experience kindled my love for Paul Smith, and the Design Museum’s latest exhibition, HELLO, MY NAME IS PAUL SMITH, has heightened it. The title alone is endearing. Paul Smith is the epitome of British quirk. Classic with a twist. His designs are colourful, but Colour does not need to be COLOUR, he says. […]