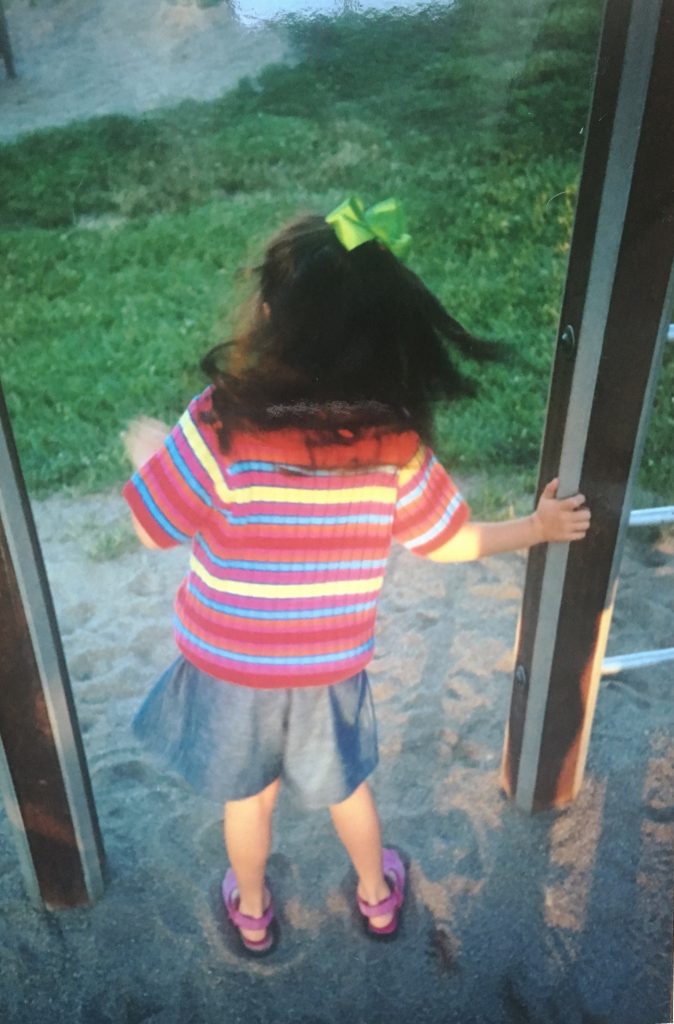 At five years old I felt awkwardly underrepresented by the media, younger than the youngest member of The Brady Bunch.

Cindy Brady was the tiny one, but I was even tinier. Younger than Karen Brewer, Baby-Sitter’s Little Sister. At five years old I knew that ‘five years old’ sounded very, very young. Even my American Girl doll was older than I was.

I can’t remember a time I felt content with my age. Not my age, but the perception of it, hyperaware of how that number made me sound.

I knew that claiming ‘double digits’ actually drew attention to being ‘newly not nine years old’. I knew that adding ‘and three quarters!’ made me seem younger too, no matter how impressive the math skillz.

But nothing could have prepared me for high school, and that’s because of Grease.

Growing up, this movie brainwashed me with the belief that high school kids looked like 30 year-olds. I was shocked when I reached 9th grade – here already?! I’m far too young to be in high school! And what about the jackets? Do I get a jacket now?

It’s funny how all through childhood high school is this – whoa – grownup place, until I’m there and learn the secret, that it’s just not as cool as college.

Thankfully, I had other outlets for mixing with people who weren’t my age.

When I was six, my parents took me to a community theatre production of Peter Pan. I pointed to the stage and asked if I could do that too, and when I was old enough to audition I did. The cutoff age was seven, and I was almost seven. I did show after show, the youngest cast member for a while, even earning a certificate for it in Joseph: Youngest Cast Member Award. I performed in the children’s chorus of a production starring grownups good enough for Broadway, I believed firmly.

I have no idea if I would agree today, but I held them in such reverence, couldn’t believe we were castmates. Who cares about the politics of the kindergarten class play? Passed over for the part of Narrator to play Sheep Number Two. That was just my day gig — after hours, I performed with the pros.

It was hard work, memorising the choreography, all the colours of the coat. Showing up to perform each night was a job. We took it seriously, and for me, that was the fun of it.

In high school I shifted from musical theatre into opera, and the line between hobby and job blurred further.

The opera world is small, so participating meant mixing with professionals. Instead of ‘summer camp’ I enrolled in a songs and arias intensive, alongside conservatory students and full-time singers.

In high school they say things like ‘in the real world’. Opera was the real world, a non-theoretical setting where they didn’t dumb anything down for me. I was always serious about singing, but here I learned skills beyond memorising the notes.

There was a class on carrying myself like a countess – essential for sopranos. I also learned how to walk into an audition, when to make eye contact, where to stand. I registered my first professional email address. My after-school activity was someone else’s career. I had no intentions of pursuing that career myself, but I loved playing professional pretend.

At Oxford I was old for my year, but never stopped feeling behind.

We started with the Victorians, which is supposed to be easy, because they’re covered at A-Levels. I did not do A-Levels, and my American literature studies never became relevant. I scrambled to catch up, filling in the details of English history beyond Oliver! and the Demon Barber.

I also felt as if I’d time traveled forward a couple of years because, like clothing sizes, age must be converted across countries. A UK 18 is a US 21. Suddenly my tutor was handing me Prosecco, and I wasn’t sure whether to sip it.

As freshers, a friend of mine was twenty, and winced when she admitted it. I don’t think anyone would have cared if she didn’t make such a big deal about it. Most of our year were 18, I was 19, she was 20, the college was 697…

Moving a lot, and being the Youngest Cast Member a lot, taught me the value of discomfort.

I like to feel a bit out of place, a bit challenged. It keeps things in perspective. I’ve always had friends older than I am. In my final year at uni, my blogger friends were in their late twenties. ‘Do what you want to do,’ they advised me, ‘Not what you think you should’. They were wriggling out of ‘sensible’ careers, dropping everything to pursue their dreams. And so, I never stopped writing.

In the age perception journey, the early twenties are a chance to coast for a few years.

18-25 is all the same, with the road bump of 21, a second coming of the sweet sixteen, and 22 ironically fun, thanks to Taylor.

I’ll be transparent: today I’m nearly 28 and one quarter, awaiting my cinematic acceptance letter to Rydell High. At 28 years old, the assumption is that I’ve got everything together, as long as I carry myself that way. If I don’t, I appear immature, falling into the age of embarrassment: the beginning of ‘twentysomething’, followed by ‘ohgodimalmost30’. A crossroads: own it or throw it away, the power is finally my own.

Last year, at age 27, I realised: I am now the age of the women I looked up to when I was a student. I saw 27-year-olds as plausible leaders, worthy of payment for personal development programmes. I had arrived.

I was the age my friends were, when they told me to pursue my dreams. Even though I felt like I was following their advice, I hadn’t skipped a step after all. I still had to learn, even within my work, how to ‘Do what I want to do, not what I think I should’. I love to write, so I modelled my writing business after the ones I saw – publishing ebooks, writing 8-week courses. It took years to circle back to what I enjoy most, to write what I want, in the way that I want, and letting it be as simple as that.

As a kid I made an observation: complaints about age always sound immature – whether they come from those young, old, or in between.

I love where I am, perceptions and all, happy to be mistaken as older or younger, because in the meantime I’m just being me.

P.S. How old are you? Just kidding. But I would love to hear your thoughts on age and perception. Please write back on Patreon, Instagram, or email.

P.P.S. You can also read my essays in your inbox, on Instagram, or in audiobook form in my patron-only podcast feed, Read by Xandra. I also share weekly Secret Stories on Patreon, and for this one I dug up some wonderful relics from my theatre and opera kid days. I can’t wait for you to see them!

A POEM A notice from the local library – I can’t renew ‘Home Economics’ by Wendell Berry. Another reader wants it. WHO? We could be friends. I’ll meet them at the checkout desk. You know it makes me wonder if they’re the same person who requested the Zadie Smith. A book is like a mutual […]

three poems Read Like Jess? a Gilmore girls poem I feel so Jess Mariano, folding back the book cover, leaning over for a note i want to pen in the margins. The note is a smiley face. I don’t feel like Jess Mariano anymore Or do I?   Park Bench Person a poem I’m starting […]